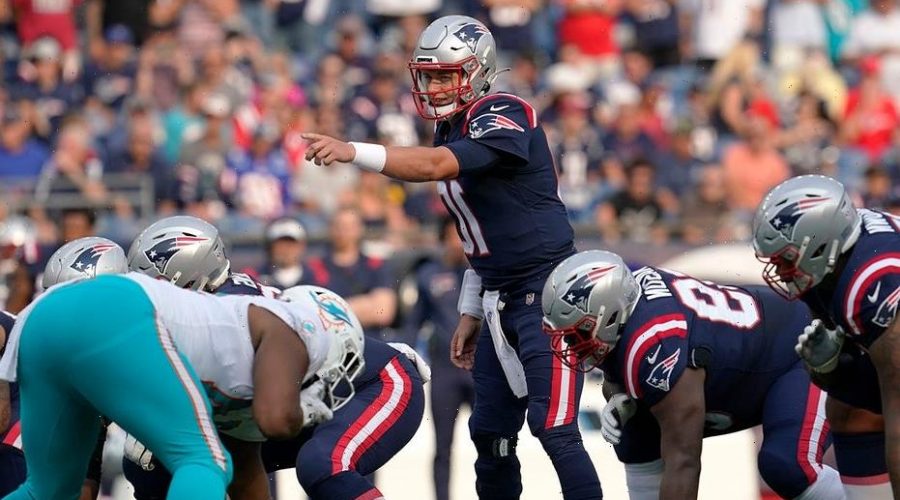 There was no passing the blame following the New England Patriots’ narrow loss to the Miami Dolphins on Sunday.

Rookie quarterback Mac Jones told reporters during his post-game press conference that the team as a whole didn’t perform well enough but he did take responsibility as the team’s leader.

“I think we can get better. That’s just how we have to look at it. Definitely wasn’t good enough, starting with me. So we’ve got to watch the film. We lost, so it’s not good enough.”

Jones was asked specifically about Damien Harris’ costly fumble, which turned the ball back over to Miami, allowing them to run out the clock and end New England’s chance of a comeback, but he declined to place all the blame on Harris.

“Damien’s obviously very disappointed, but it doesn’t go all on Damien,” he said. “There’s a lot of things I could have done to be better, to not even be in that situation, take some bigger chunk plays.”

The Patriots celebrated Jones’ first career touchdown pass to Nelson Agholor in the second quarter by passing the rookie the football but he seemed to pass it off to whoever he could, wanting nothing to do with it. He told reporters after the game that he didn’t see a reason to celebrate just yet.

“Because it doesn’t really matter. It was one touchdown. We’ve got to score more. It’s not like the game was over right there. We’ve got to do better in the red zone and get more touchdowns, and we will.”

Bill Belichick said after the game that he felt Jones played “hard” but like the rookie, he said there was more than one thing that went wrong.

Jones will face off against rookie Zach Wilson next week when the Patriots take on the New York Jets on Sunday.