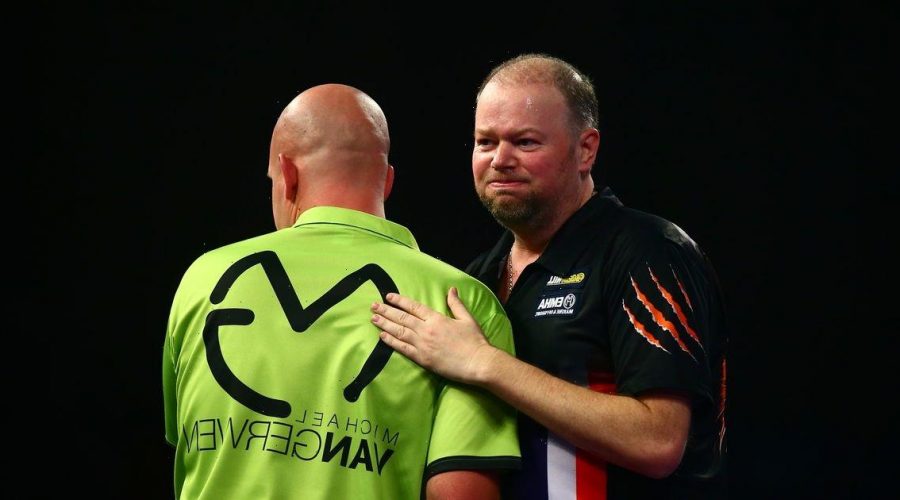 Darts bosses are adamant the PDC World Championship will be played to a conclusion on January 3 – with or without more positive Covid tests.

Three-times world champion Michael Van Gerwen, Vincent van der Voort, and Dave Chisnall all had to pull out of their third-round ties after testing positive.

And two more Dutch players, Raymond van Barneveld and Danny Noppert revealed they had also been forced to isolate after being knocked out of the tournament.

Three players – Luke Humphries, Chris Dobey, and James Wade – were handed byes to the fourth round.

Van Gerwen was scathing about what he perceived as lax protocols, claiming the Professional Darts Corporation was presiding over a “Covid bomb” at Alexandra Palace.

But the PDC have issued a robust statement saying the show goes on – and that's final.

They said: “The William Hill World Darts Championship is operating under approved protocols and these are being strictly monitored in order to preserve a safe environment for players, staff, and spectators.

All players have been required to return multiple negative Covid-19 tests during the event and unfortunately, three players were unable to do that ahead of their last 32 matches and so were withdrawn with their opponents awarded byes.

Do you think the tournament should be postponed? Let us know in the comments section.

“The PDC has no plans to change its Covid protocols ahead of the remainder of the tournament.

“The players understand that their health and the health of those around them is of utmost importance and 95 of the 96 players in the event being fully vaccinated (with the other having had a first dose) shows their collective commitment to taking every possible precaution. This is something we wholeheartedly support.

“All members of the crowd remain required to show proof of vaccination or a negative lateral flow test in order to gain admission to the venue.

“The tournament will continue as scheduled, in front of full crowds as permitted by the UK government, until its conclusion on January 3.”