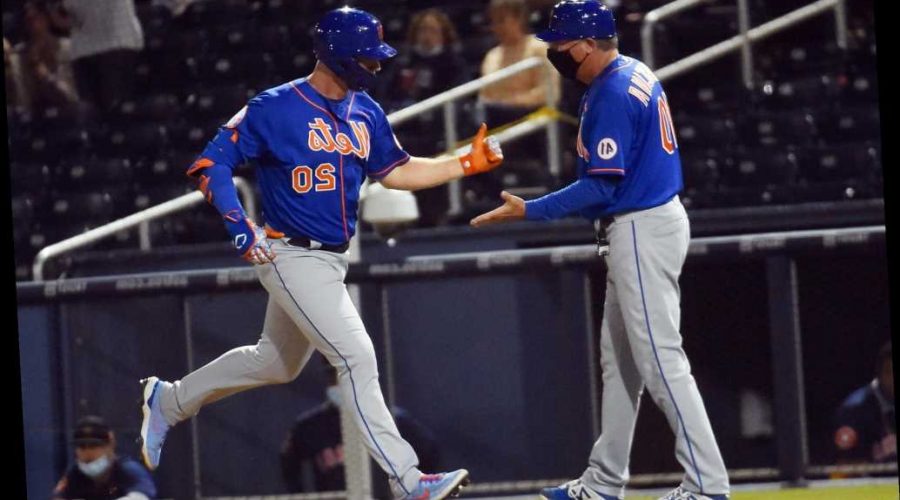 Two Mets stars won’t get money they asked for

Pete Alonso homered in the sixth inning for the only run in the Mets’ 1-0 victory over the Astros in West Palm Beach. The blast was Alonso’s second this Grapefruit League season. He didn’t hit any homers last spring. Alonso owns a 1.263 OPS.

Jeff McNeil went hitless in three at-bats and is batting .071 this spring. He is 1-for-14 overall.

Lefty reliever Mike Montgomery, in camp on a minor league deal, pitched two scoreless innings and struck out four. It was Montgomery’s second appearance this spring.

Marcus Stroman is scheduled to face the Marlins in Port St. Lucie. Dellin Betances, Joey Lucchesi and Drew Smith are among the other pitchers expected to see action.