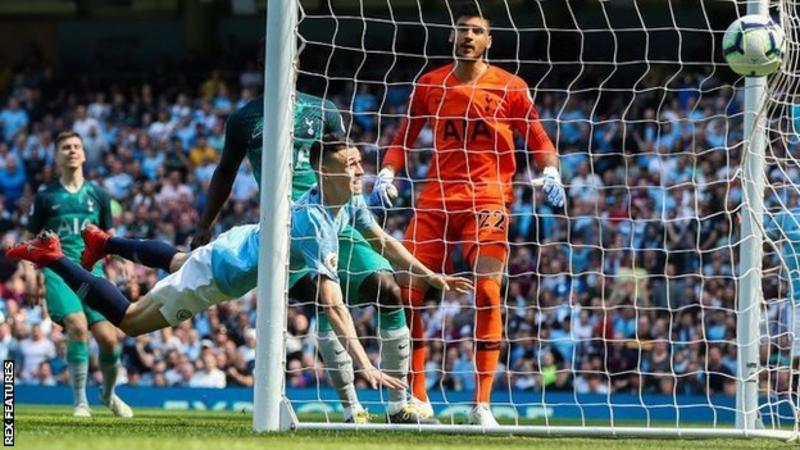 He has gone from ball boy at Etihad Stadium to double Manchester City Premier League title winner in the space of seven years.

A lifelong City fan who attended matches with his mother Claire, Phil Foden used to cheer Vincent Kompany, David Silva and Sergio Aguero from the stands. Now the 18-year-old is playing alongside his heroes.

Born in nearby Stockport, Foden is the local teenager who is frequently appearing in Pep Guardiola’s expensively assembled team of international players.

Having made his senior debut 18 months ago aged 17 years and 177 days, the midfield talent is living the dream, having scored in the Champions League, Premier League, FA Cup and Carabao Cup this season.

On Saturday, Foden hopes to round off a memorable campaign by helping City beat Watford in the FA Cup final at Wembley as Guardiola’s side look to become the first team to win the domestic treble in England, having already secured the Premier League and Carabao Cup this season.

But who is the slight 5ft 7in player who is affectionately known as “Pep’s lad” by senior players in City’s dressing room? And has he got what it takes to stay at the champions of England for the next decade? 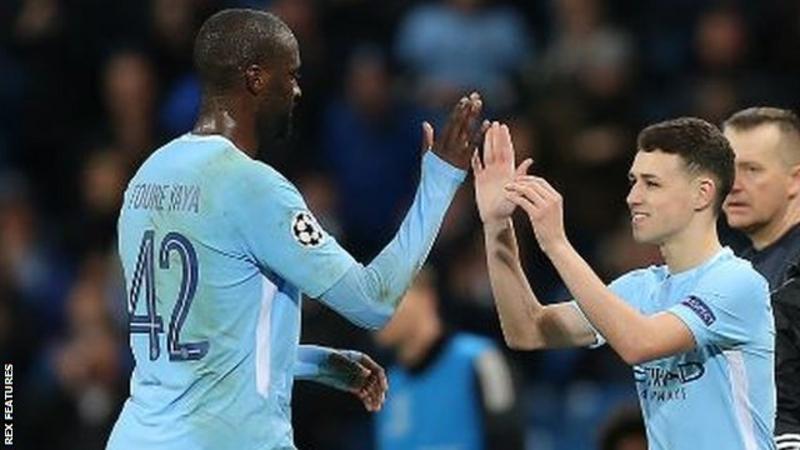 ‘Noise’ which alerted City to the ‘Stockport Iniesta’

Born in 2000, a few weeks after Joe Royle’s City won promotion to the Premier League, Foden grew up in Edgeley, close to Stockport County’s ground.

Soon after City won the Premier League in 2018, he shared a video of himself playing football in a street with some of his friends in the town.

Foden first appeared on City’s radar at the age of six, while playing for Reddish Vulcans, a junior team in Stockport.

“There was a lot of noise about one particular schoolboy,” Steve Eyre, a former City youth coach who helped develop Kieran Trippier and Daniel Sturridge, told BBC Sport.

“The same name kept cropping up. All we kept hearing was what an unbelievable talent he was and how he was the best thing you’ve ever seen with the ball at his feet.”

Foden was invited to City’s academy, then run by Jim Cassell, the man responsible for the development of players such as Shaun Wright-Phillips and Micah Richards. 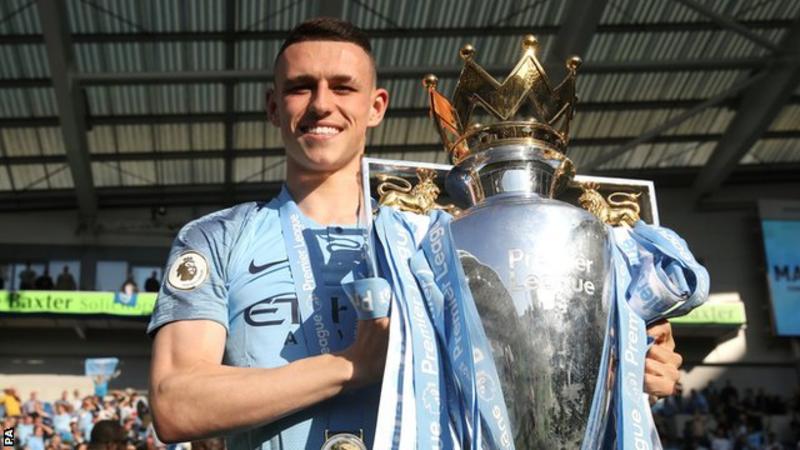 When Vulcans announced Foden had signed forms for City, they remarked on their website: “Remember the name, balance and a left foot like you can’t believe.”

He was quiet and unassuming but his talent and ability saw him stand out against older and bigger academy players.

Eyre recalled: “He’d come in an hour before training with his father and would be playing on the pitch with his baby brother, dribbling around him and teaching him how to play.”

“One day there were two games going on – one for the U11s and the other for the U13s,” added Eyre, now first-team coach at League One Fleetwood.

“The U11s were winning 9-0 and it was too easy for Phil. At the break I asked if he could finish the game with the U13s, who were playing Middlesbrough.

“I remember the opposition manager rubbing his hands at the sight of this little 10-year-old coming on to the pitch. Phil went on to score with a diving header.”

He did not know it at the time but Foden’s whirlwind journey to the first team, and comparisons to World Cup winner Andres Iniesta, was under way.

Foden was an 11-year-old ball boy when Sergio Aguero scored his first City goal against Swansea City on 15 August 2011. Seven years later he assisted the Argentine’s 200th goal for the club in the 2-0 Community Shield victory over Chelsea on 5 August 2018.

When Kompany’s header gave City a 1-0 win over Manchester United on 30 April 2012 to send Roberto Mancini’s side top of the table with two games to play, Foden was again on ball boy duty.

Five years, six months and 22 days later he was making his senior City debut in a Champions League game against Feyenoord.

“From the first time I saw him, when I just landed here, [director of football] Txiki [Begiristain] told me, ‘You have to meet one player, 15 or 16 years old’,” explained Guardiola, who has largely hidden Foden away from the media because of his age.

“In the first season he came to training sessions one day, two days and I said, ‘Wow, you are right Txiki, this player is good’.

“I have seen many players as a player and as a manager. England has a diamond, he is a gift.” 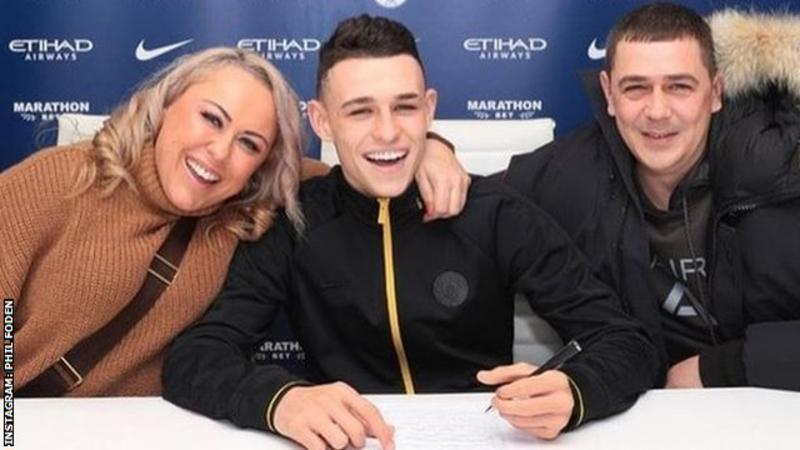 Foden’s vision, deft balance, awareness of space and ability to run with the ball makes him a “breakthrough for British football”, says former Chelsea and Scotland winger Pat Nevin.

Having scored three goals during City’s run to the FA Cup final, Foden hopes to end the season where it began – at Wembley, having started the Community Shield win over Chelsea.

“Watching a lot of British players coming through, he’s just different to them all,” added Nevin.

“British football hasn’t created many of these type of players. Foden is the first for maybe a generation.

“He is closer to the Spanish model – the Xavis and the Iniestas.”

‘Important for City to have a local hero’

Like Foden, Nedum Onuoha was also 17 when he made his debut for boyhood heroes City in 2004.

Born in Nigeria but raised in the Manchester suburb of Miles Platting, Onuoha knows the importance of having a local player in the team that supporters can connect with.

“That’s the dream for probably most clubs, to have someone in the team that represents the fans,” Onuoha, who played for City in the Premier League between 2004-2012, told BBC Sport.

“If you know they come from the same place, went to the same school – it makes a difference.”

This season the number of league minutes has risen to 329, including three starts, and resembles the steady progress he is making under Guardiola. 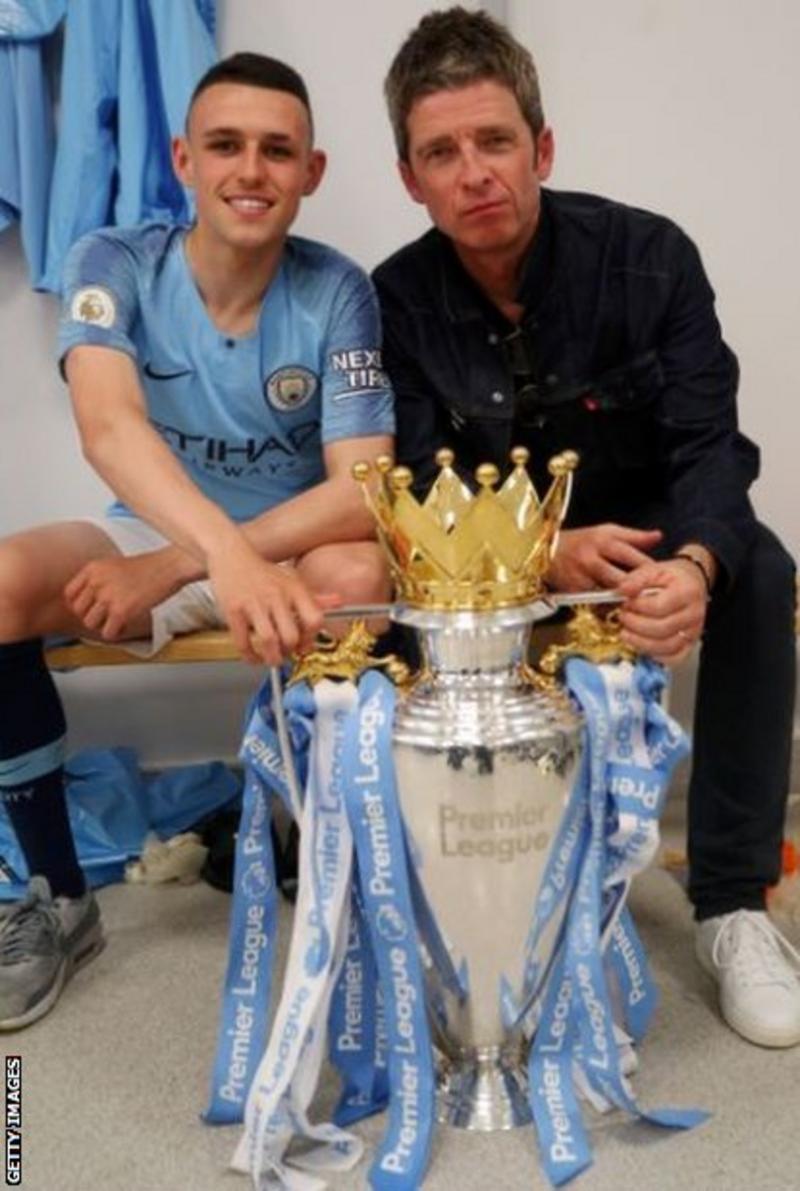 In April, BBC Radio 5 Live pundit Danny Mills, a former City defender, said Foden had a “big decision” to make at the end of 2019-20 regarding his future.

“He is a boyhood City fan and they play great football, but if his pals of a similar age are playing football, he might not sign a new deal because he will be wanting to play,” added Mills.

Onuoha, who also grew up supporting City and was a ball boy at City’s old Maine Road ground, is confident the teenager will be at the club for years to come.

“He’s getting the chance to learn every day from some of the best players of this generation,” he added.

“He might not play as many games as he wants to right now, but Pep still wants him around and that says a lot.

“The fact he is a City fan will probably affect his judgement because he will want to stay and be part of it.

“It makes a difference to be able to play for your hometown club and, to be seen as a significant part of it, that’s a dream come true.”

Fishing, back to school and singing Blue Moon

Foden, who became a father in January, has not forgotten his humble beginnings and has remained grounded during his rise to the first team.

He missed City’s Premier League title party last year because he had already made plans to go night fishing in Stoke with his dad, Phil Snr, a Manchester United fan. 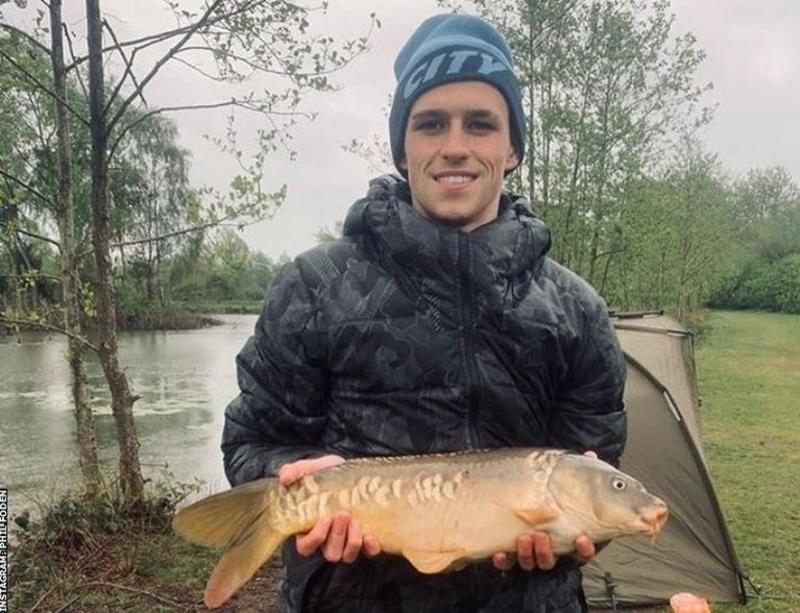 In December, Foden went back to his old school, Bridge Hall Primary in Stockport, where he signed autographs for children, handed out football boots and took part in a training session.

“No, he wasn’t naughty. He was very well behaved and hard working,” said Deborah Henderson, who taught Foden in year six before he moved to St Bede’s College in Whalley Range.

“His parents insisted he did his homework and he kept himself out of trouble.”

When Foden signed a contract until 2024 – understood to be worth £30,000 a week – he wrote on Instagram: “City since I can remember. Started going to the Etihad with my mum every weekend, singing Blue Moon from the stands like every other fan.

“I grew up watching and admiring the current team so to now be playing with guys like Vinny Kompany and David Silva is crazy and something I smile about every day.”

Despite making only a handful of Premier League starts, Foden has done enough to earn a call-up to Gareth Southgate’s England squad, according to Nevin.

“I’d have had him in before now,” added Nevin, when asked if Foden was ready for the senior squad.

“I think he’s done enough. With the way he plays and type of style he plays, international football is much easier.

“Playing at the top level in the Premier League and in the latter stages of the Champions League, international football is nowhere near that pace and there is more space.

“It’s quite technical but he has got the ability to deal with that. As an international football player, he’s a no-brainer. He’ll be excellent.

“I think Gareth will have him in the squad very soon.”