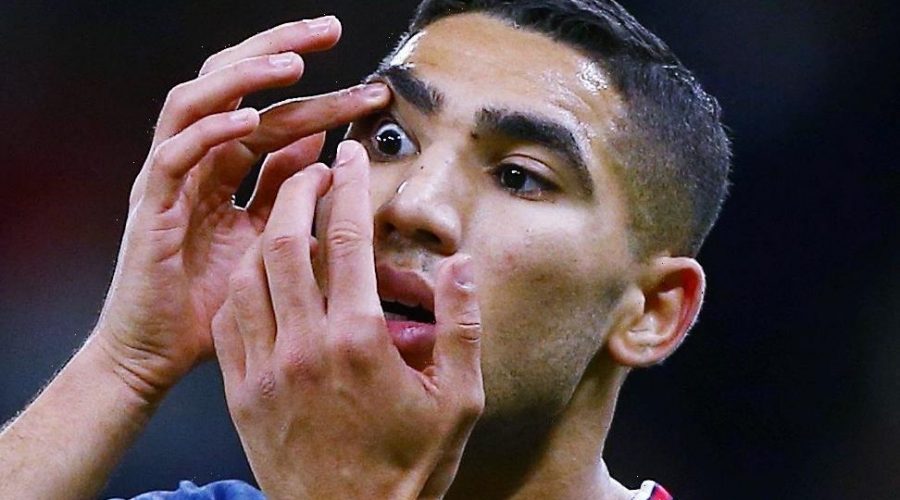 ACHRAF HAKIMI was momentarily blindsided during PSG's Champions League clash against Manchester City as his contact lens FELL OUT.

Mauricio Pochettino's summer signing had to take a quick break from the action as he put his misbehaving lens back into place. 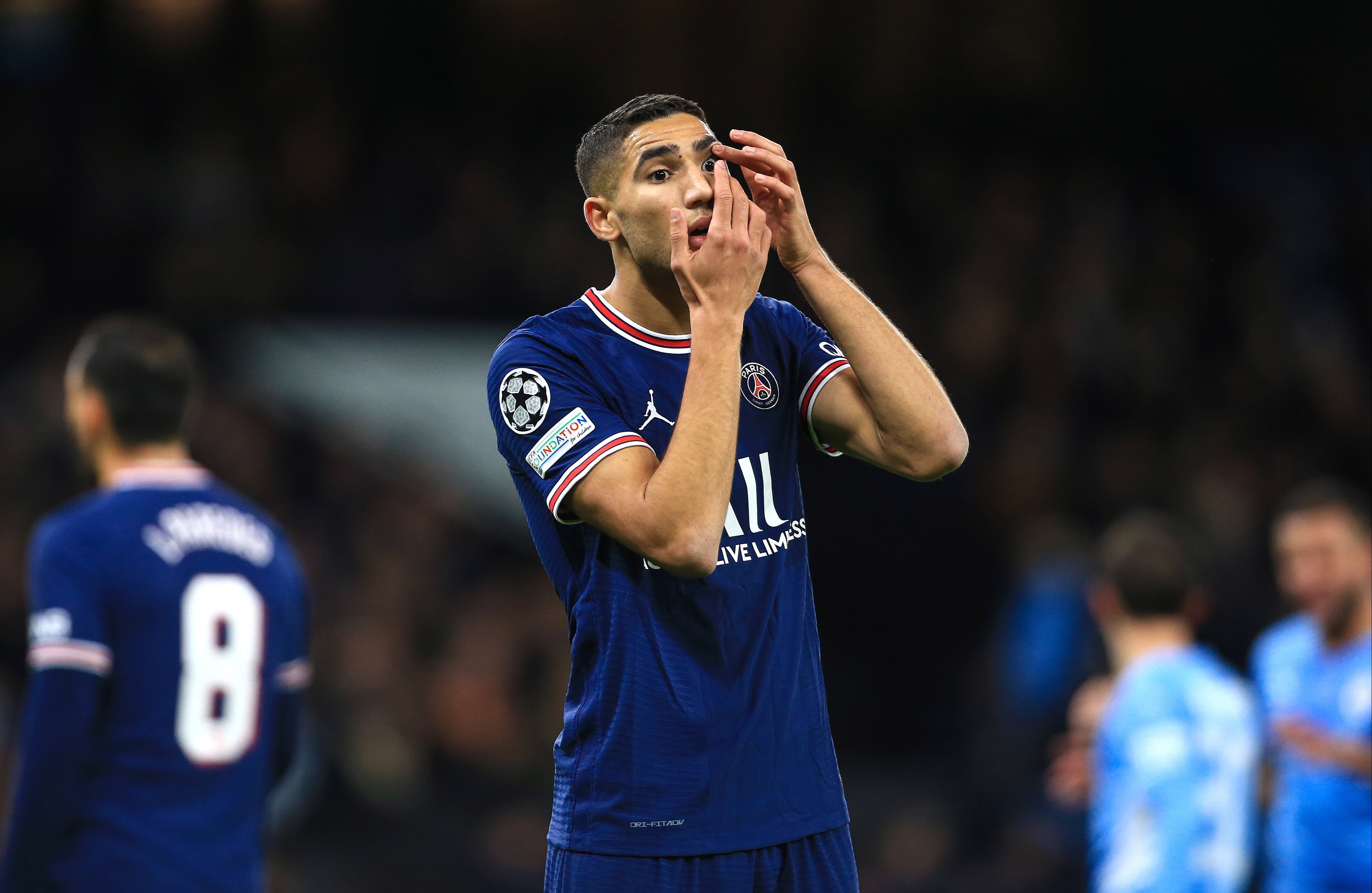 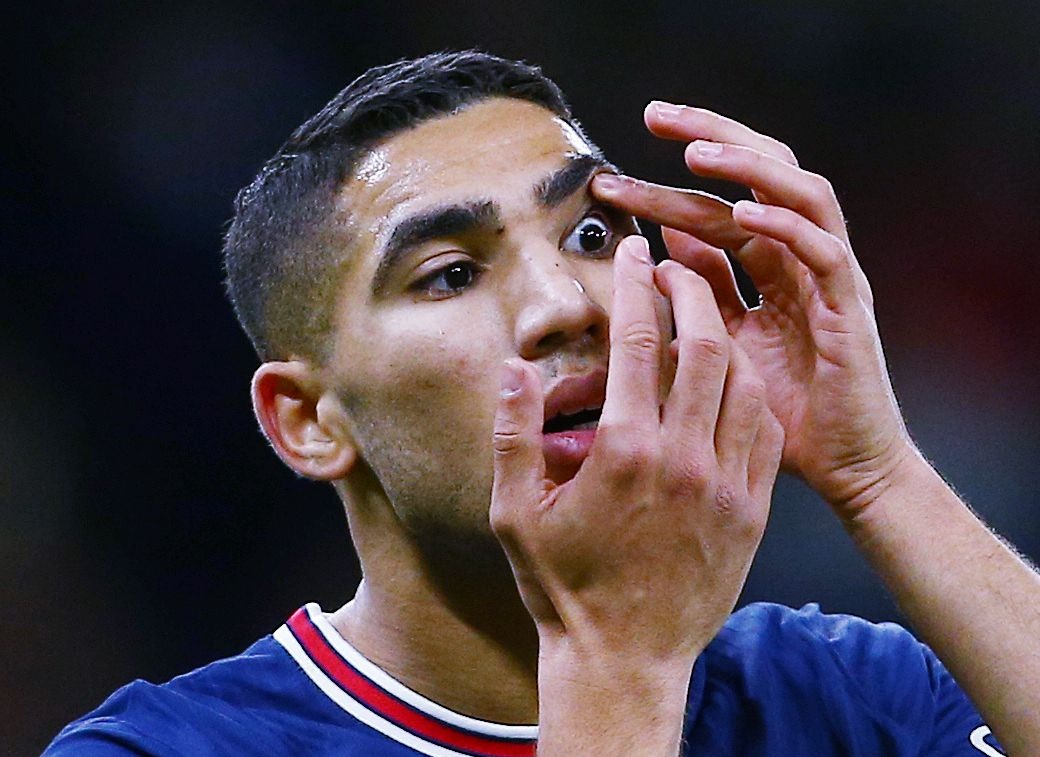 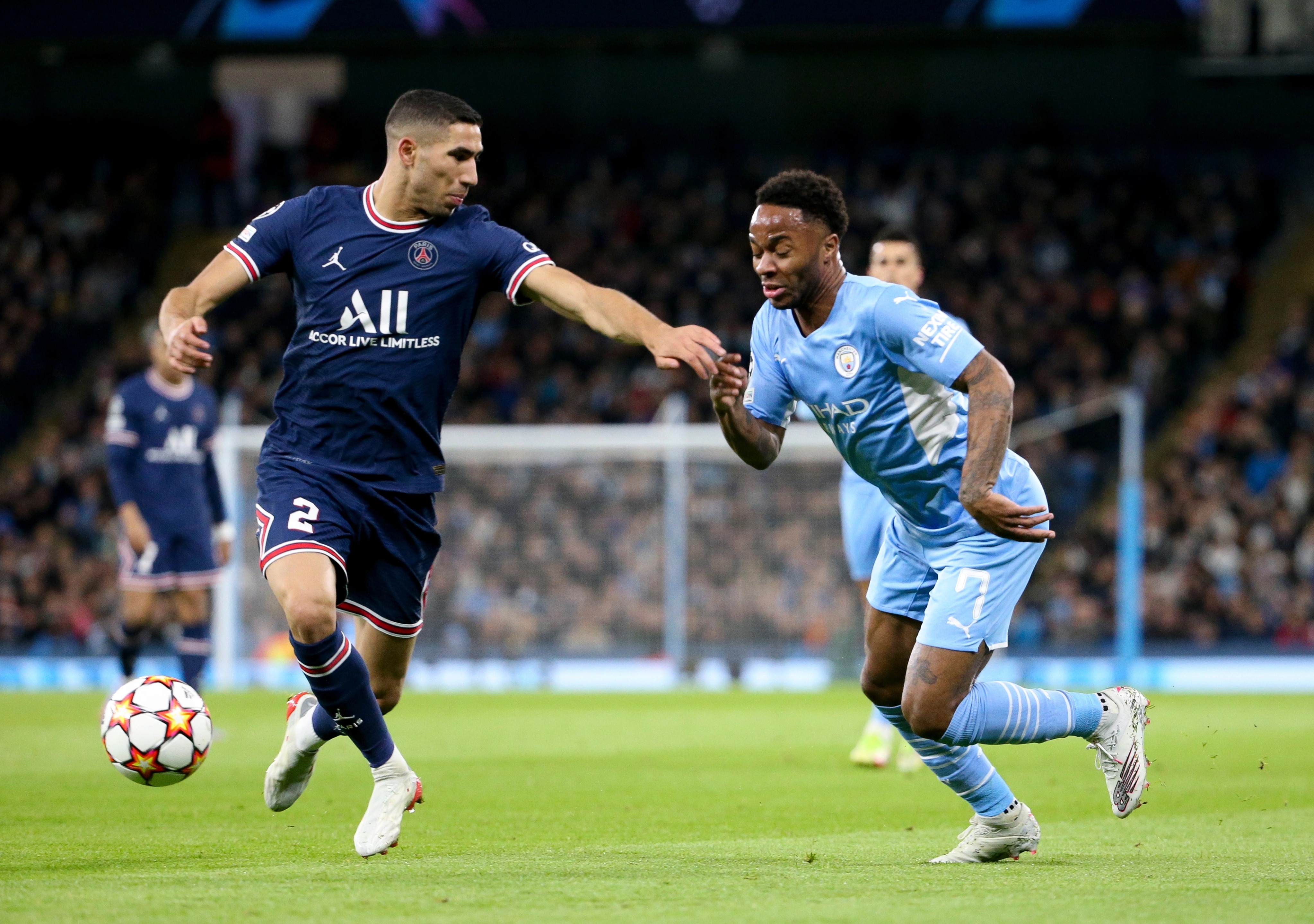 And it wasn't just the 23-year-old Moroccan international who took his eye off the ball as PSG squandered a one goal lead to lose the game 2-1.

Hakimi did remarkably well to re-fit the lens considering he didn't have a mirror in front of him to help lodge it back into place.

Added to that he had to do it in the heat of battle with a packed-out Etihad Stadium watching on.

Kylian Mbappe had originally given the visitors the lead before goals from Raheem Sterling and Gabriel Jesus completed the turnaround.

The victory meant Pep Guardiola and Co qualified for the knockout stages of the Champions League as winners of Group A.

PSG are also through, but will have to face a group winner in the next round after qualifying second.

Right-back Hakimi signed for Les Parisiens in July for a reported £59million from Inter.

Incredibly he was the club's most expensive signing of the summer in a window that included the arrivals of Lionel Messi, Gianluigi Donnarumma, Sergio Ramos and Georginio Wijnladum.

Arsenal defender Gabriel has lost TWO teeth while out on the pitch within the last year.

And remarkably both were against Brighton, but in SEPARATE games.

The most recent of those came just last month in the drab 0-0 draw on the South Coast.

The toothless ace spent several minutes after the incident looking for his missing gnasher.

He was then seen walking around the Amex pitch looking for something – believed to be his tooth – at full-time.