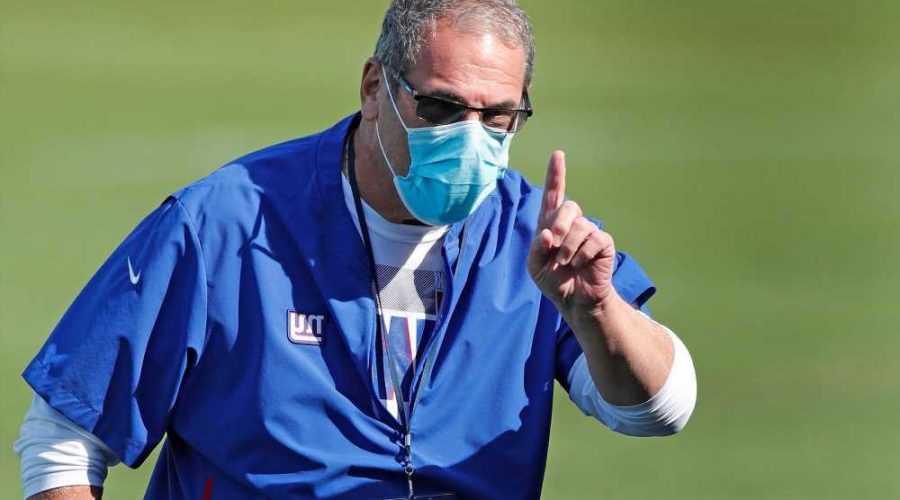 Hideki Matsuyama, the 'Tiger Woods' of Japan, overcame so much Masters pressure

Will Zalatoris' Masters run not a surprise to Tony Romo

Augusta National proving to be perfect foil to Bryson DeChambeau

The quarterback position represents the linchpin to the Giants 2021 draft, beginning with Thursday’s first round.

Not because the Giants need a quarterback, but because so many teams drafting before their turn arrives at No. 11 overall need one.

Daniel Jones, whom the Giants selected in the 2019 first round and is entering a critical make-or-break third season, is still the man, and there are no glaring signs that he won’t make significant strides forward with better skill-position talent around him — skill-position talent they hope to enhance with picks in this draft.

The Giants, as they wait for the 11th draft spot to arrive, figure to be a beneficiary of the continuing trend that has quarterback-needy teams tripping over each other to secure one as draft day approaches.

Tuesday marks two days before the Jaguars are officially on the clock to draft Clemson quarterback Trevor Lawrence with the No. 1-overall pick.

Then the Jets will select BYU quarterback Zach Wilson with the second-overall pick.

The 49ers, at No. 3, also are a lock to take a quarterback, with recent reports hinting that it’s between Alabama’s Mac Jones and Trey Lance from North Dakota State.

Then come the Falcons at No. 4. It’s possible either they draft veteran Matt Ryan’s eventual replacement by taking Ohio State quarterback Justin Fields or whichever signal caller the 49ers don’t take at No. 3.

If the Falcons take a quarterback, that essentially makes the Giants pick, listed officially at No. 11, like a seventh-overall pick, and it enhances their chances of landing an even better player than they normally might at No. 11 if fewer quarterbacks were about to be drafted.

Even if Atlanta doesn’t draft a quarterback at No. 4, it’s possible a quarterback-needy team outside of the top 10 trades up to grab one — perhaps Chicago or New England.

Better for the Giants means a greater chance to see one of the top receivers — Alabama’s Jaylen Waddle or teammate DeVonta Smith or LSU’s Ja’Marr Chase (we can dream, can’t we?) — available at No. 11.

Or one of the top cornerbacks — Virginia Tech’s Caleb Farley or South Carolina’s Jaycee Horn — to make an improving secondary even stronger. Or Oregon tackle Penei Sewell or Northwestern tackle Rashawn Slater to continue to needed improvement of the offensive line.

The chances of any or all of these players falling to the Giants at No. 11 can only be enhanced by the early rush to land quarterbacks in this draft.

The quarterback craze happens every year. College quarterbacks who were either little-known or afterthoughts a year ago are now the hottest thing since TikTok. The stock on collegiate quarterbacks skyrockets at a dizzying rate at this time of year as draft day approaches.

“It goes back to how important the quarterback position is in this game,’’ Jets general manager Joe Douglas said last week. “I think you saw it last year down at LSU with Joe Burrow really coming out of nowhere having a stellar season and improving his stock [to become the No. 1 overall pick in 2020]. Anytime there’s outstanding play at quarterback it’s going to be noticed.’’

NFL Network draft analyst Daniel Jeremiah theorized that we see more teams taking risks on quarterbacks high in the draft because the financial risk drafting one high is not as “prohibitive as it used to be’’ before rookie contracts were reined into a rookie pool.

Jeremiah referred to the quick decision the Cardinals made when they realized Josh Rosen wasn’t the answer for them at quarterback and they quickly conceded their mistake, moved on from Rosen and drafted Kyler Murray a year later.

“You don’t have these monster rookie contracts that you’re committed to the long term,’’ Jeremiah said. “You have a lot more turnover in terms of head coaches and GMs. It used to be you had the GM, the head coach and the quarterback in place for a long period of time, and whatever their warts were, [it was] ‘These are our guys and we’re going to roll with them and try to build around them.’

“And now when you have so much turnover, these coaches and GMs are not married to these quarterbacks. They walk into the room and they’re like, ‘This wasn’t my guy. I want to go get my guy.’ ’’

The Giants are delighted there will be at least three, likely four and maybe even five teams who will be ready to jump on their next hopeful franchise quarterback on Thursday night. The more the merrier for the Giants and the better pool of players they get to choose from at No. 11.