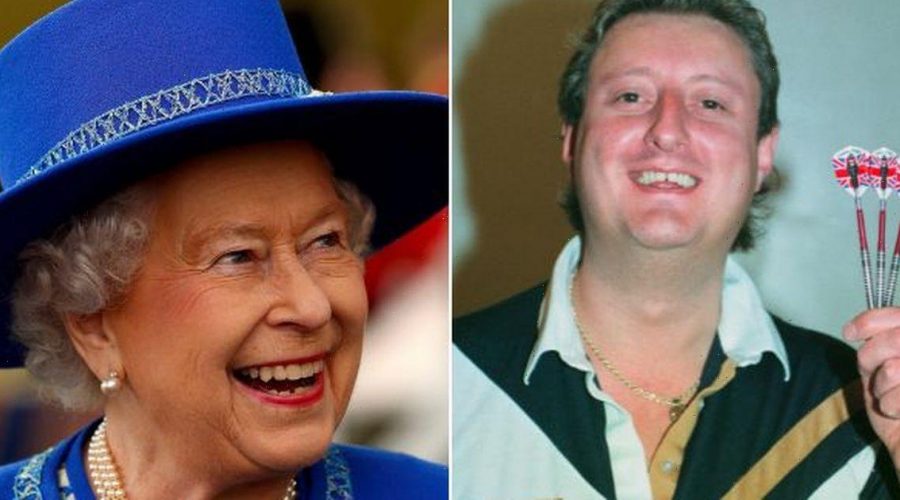 Queen Elizabeth II was renowned for her wonderful sense of humour, which certainly came to the fore when she presented darts legend Eric Bristow with his MBE.

It was an incredibly proud moment for the ‘Crafty Cockney’, who dominated darts in the 1980s, amassing five world crowns and various other titles. Therefore, it was no surprise when he was named in the Queen's Honours List at the end of the decade.

There are a number of protocols which people are expected to observe when receiving a gong from a member of the Royal Family, not turning your back on the head of state being one.

However, at the crucial moment, Bristow lost the cool he was so famous for displaying on the oche, much to Her Majesty’s amusement

Bristow, who died in 2018, recalled in his autobiography: “When it was my turn I walked up to the Queen and she said, “You’re a darts player.”

“Yes ma’am,” I replied, and she said a few more words, then pinned the medal on me. I stood up and walked towards the door leading to the waiting press.

“Halfway there I realised I’d not walked backwards and had my back turned on the Queen, so I stopped, turned round and said to her, ‘Sorry, darling,” and started walking backwards.

“I was thinking, 'What the hell have I just called the Queen?' She cracked up with laughter and I couldn’t believe it.

“The next thing I knew I was outside with this press pack screaming at me, “What did you say to her, Eric? Eric, what did you say? And there I was, as red as a beetroot, saying to them, “Oh nothing, I didn’t say anything to her.”