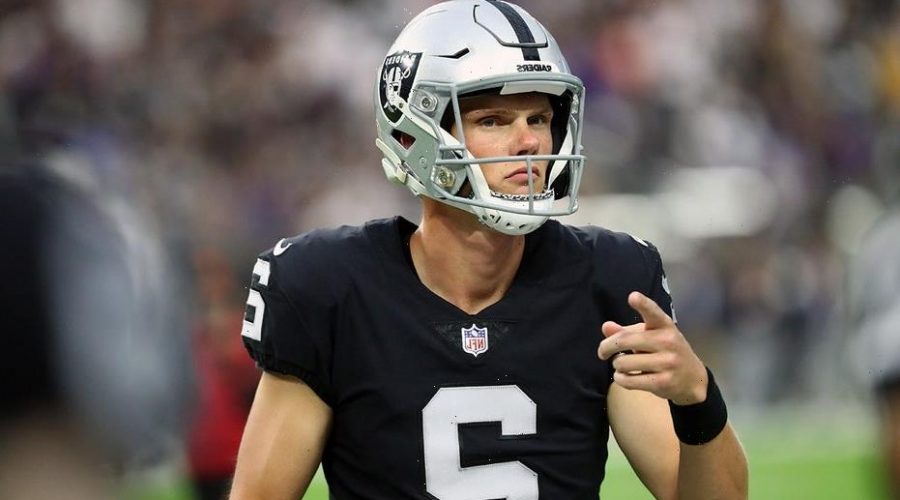 Las Vegas Raiders kicker Daniel Carlson had a good week on the field.

The fourth-year pro was 4-for-4 on field goals and 2-for-2 on extra points in the Raiders’ victory over the Pittsburgh Steelers on Sunday. His solid performance helped Las Vegas win on the field, but off the field, it proved to be costly.

“I actually played against myself in fantasy this week, in my own friend group fantasy. That was tough because I took a loss. I definitely contributed to that,” he told reporters, via the team’s website. “It’s fun. I think fantasy is great, it just gets people more involved in specific players and football in general. I have a lot of fun with it with my college friends. A lot of people are messaging me and telling me, ‘Hey you did great for me in fantasy.’

“I was at an apple orchard the other day and a random guy came up to me and told me I did a great job for his fantasy team. I think people are very invested in their fantasy teams and I think that’s great.”

Carlson has not missed a field goal or extra point this season.

He had an incredibly clutch game-tying 55-yard field goal in Week 1 against the Baltimore Ravens that sent the game to overtime. He also nailed a 34-yard kick just before halftime of that matchup.

His leg is going to be a key part of the Raiders’ upcoming games. Las Vegas welcomes the Miami Dolphins on Sunday.