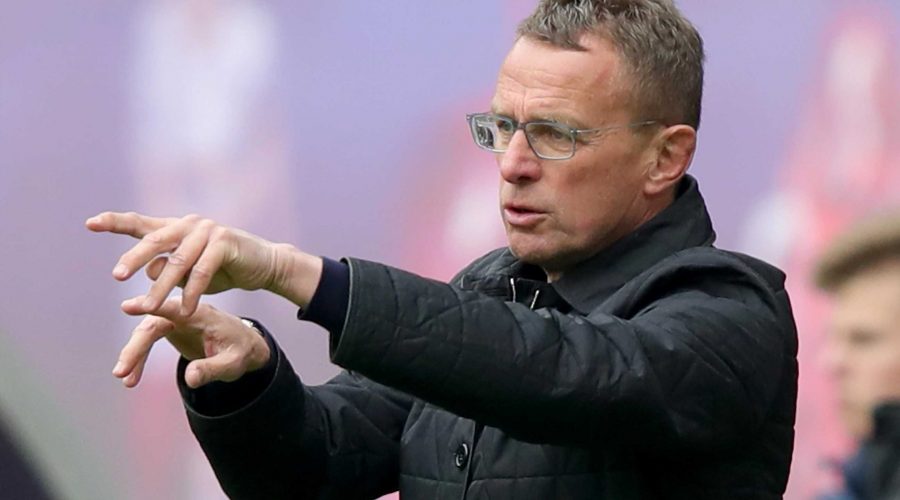 RALF RANGNICK has been granted his work permit to officially take charge of Manchester United – but he won't be in the dug-out for tonight's clash with Arsenal.

The German, 63, was finally confirmed as the new interim manager of the Red Devils earlier this week.

He will perform that role until the end of the season before then beginning work as a consultant for the club.

SunSport revealed yesterday that Rangnick had arrived in the UK and would be allowed into the Old Trafford stands providing he continues to test negative for Covid.

But he also needed a work permit to take up his post as interim manager of United.

Due to his lack of recent coaching experience, Rangnick had to go before an FA panel to obtain the necessary visa to work in the Premier League.

While it was always expected to be a formality that he was granted an exemption, the timing of the hearing was beyond the control of United, therefore it was already decided Michael Carrick would continue to take the first-team today.

But now that paperwork has been secured for Rangnick to begin.

However, he will still only watch from the stands for today’s game against Arsenal and Carrick will be in charge on the touchline.

The former Hoffenheim coach can now be involved with his new club on the training ground and on match days and will speak to the media on Friday for the first time.

Now it will be Sunday’s home clash against Crystal Palace when fans will get their first glimpse of the new man pitchside at the Theatre of Dreams.

United tasted victory over Villarreal in the Champions League last week in Carrick’s first match at the helm following the sacking of Ole Gunnar Solskjaer.

That was followed by a 1-1 draw at league leaders Chelsea on Sunday – with many fans convinced that the new man was in regular contact with the bench throughout the game.