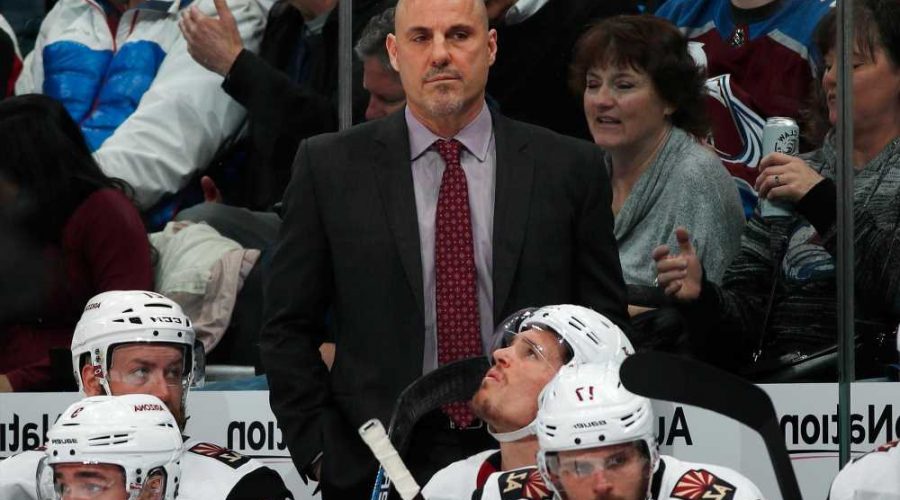 How new coach could alter Rangers’ only expansion list decision

Rangers get permission to interview top coach on radar

Chris Drury’s search for the next Rangers coach will include a meeting with Rick Tocchet, The Post has confirmed.

The Blueshirts’ newly installed president-general manager has previously met with Gerard Gallant, who entered this derby with the shortest odds. It is believed that Drury has been in contact with both John Tortorella and Patrick Roy, though it does not seem that their talks could be construed as job interviews.

The Rangers, seeking a coach with NHL experience, appear to be working off of a relatively short list of candidates. But sources have indicated that the list could expand dramatically depending on outcomes of playoff series.

For instance, if the Penguins’ Mike Sullivan or the Bruins’ Bruce Cassidy were to become victims of first-round defeats, both would immediately become prime candidates to fill the vacancy on Broadway created by the dismissal of David Quinn on May 12.

The 57-year-old Tocchet, who stepped down after four years as head coach of the Coyotes, won the Stanley Cup in 1992 as a power winger with the Penguins before winning back-to-back Cups with Pittsburgh in 2016 and 2017 as one of Sullivan’s assistants.

Arizona compiled a 125-131-34 record under Tocchet, advancing to the playoffs last year, but losing in the first round to Colorado after defeating Nashville in the qualifying round under the Edmonton bubble. The Coyotes finished 24-26-6 this season, nine points out of a tournament berth.

Tocchet, whose interview with the Rangers was initially reported by Sportsnet’s Elliotte Friedman, is also lined up to talk with Seattle.