In early 2021 he was lying in bed until midday – eight hours before swimmers normally stir – and putting on lockdown pounds with no racing in sight.

“When I’m not competing, I’ve got nothing to train for so mentally I can’t be bothered,” said the Plymouth star.

“I’m up at five most mornings, I’m a morning person even on my days off, but I couldn’t get out of bed. My mental health wasn’t all there.

“I love a good Chinese and I was a sucker for that.”

Dunn hadn’t recovered psychologically from a bout of Covid in December, which impacted his mental health in subsequent weeks and led him to seek therapy.

Those sessions helped – a lot – but what really flicked a switch was his return to international competition in Manchester in March.

It gave him the drive to embark on a punishing 12-week training block, with his mileage already upped from 20km a week after moving from a sprint to endurance programme.

“I love competing,” said Dunn. “You train to compete. when there’s a whole 12 month block with nothing to really aim for, no end goal, it’s difficult. 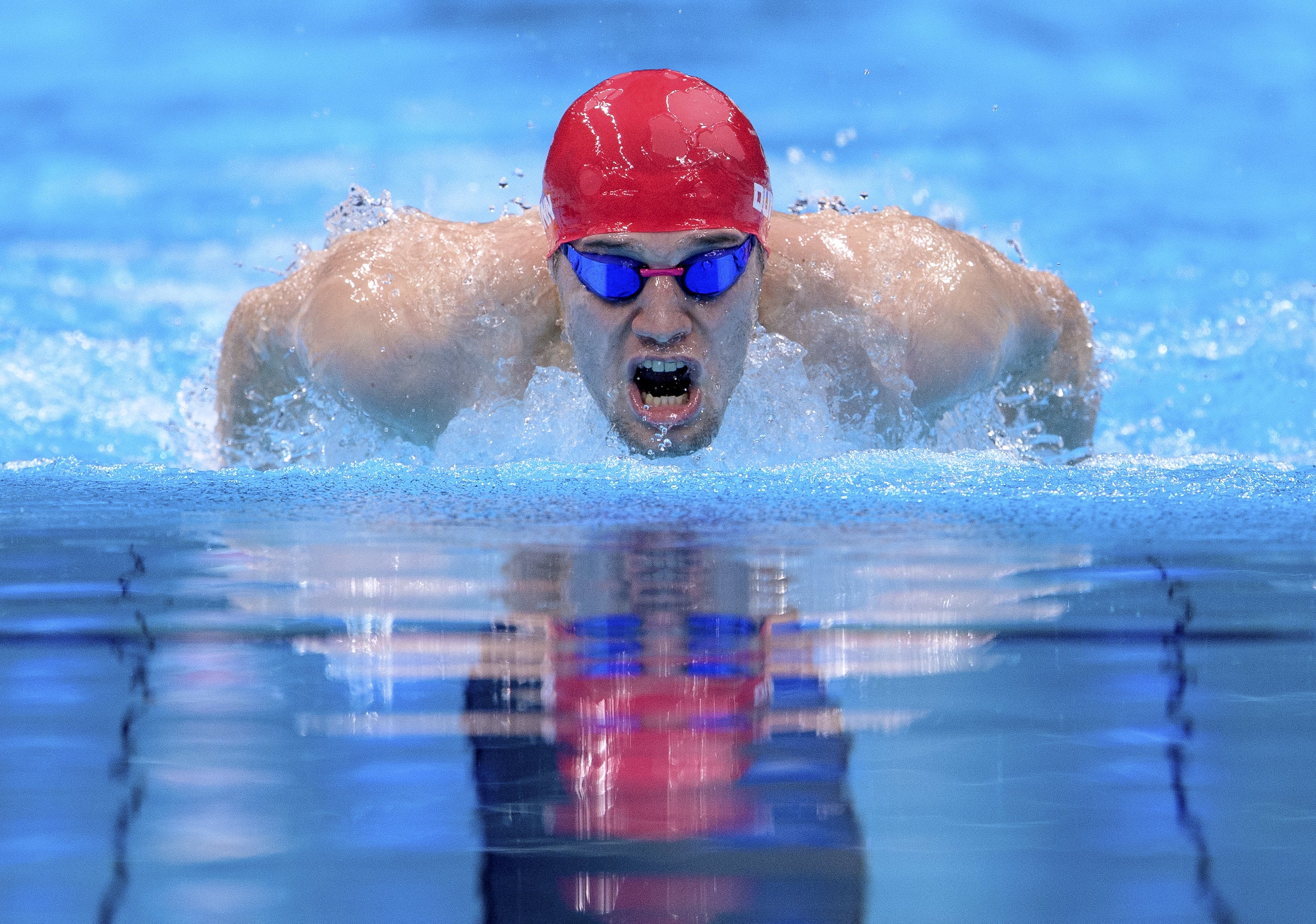 “My mentality changed in March and the 12 weeks prior to coming out here was the toughest training I’ve ever done.

“I’ve not missed many sessions and my diet has been on point. It’s just about getting every little bit right.

“My mental attitude has been top notch, I’ve been so confident going into races.

Dunn righted the wrong of 100m butterfly silver – by his high standards – by touching out Brazil’s Gabriel Bandeira with a 200m freestyle world record.

Then he contributed a searing 51.15 split to the mixed 4x100m relay – another gold, another world record.

The odds were stacked against him doing the same again in the 200m individual medley.

Dunn picked up a left shoulder problem in Saturday’s relay and was in pain and heavily strapped for his return to racing.

Add to that a lifelong knee impairment that hampers his breaststroke kicking, the weakest of his four strokes in the medley, and expectations were low.

Cut to the final and Dunn was in his sweet spot again, blasting out a 26.82 butterfly length and leading by 0.58 seconds at the halfway stage.

Then came the breaststroke, which set him back in the way he expected and he turned for home in third, behind Ukraine’s Vasyl Krainyk and that man Bandeira.

“I didn’t expect to win gold, I just wanted to medal,” said Dunn.

“I came in thinking I had nothing to lose, the first 150 was strong and then it was about hanging on. No way did I think I’d get gold when I turned.”

Hang on he did, in a way that made him unpopular with the locals.

Sainsbury’s is a proud supporter of ParalympicsGB and a champion of inclusive sport for all. Sainsbury’s commitment to helping customers to eat better has been at the heart of what we do since 1869. For more information on Sainsbury’s visit www.sainsburys.co.uk/ and https://paralympics.org.uk/