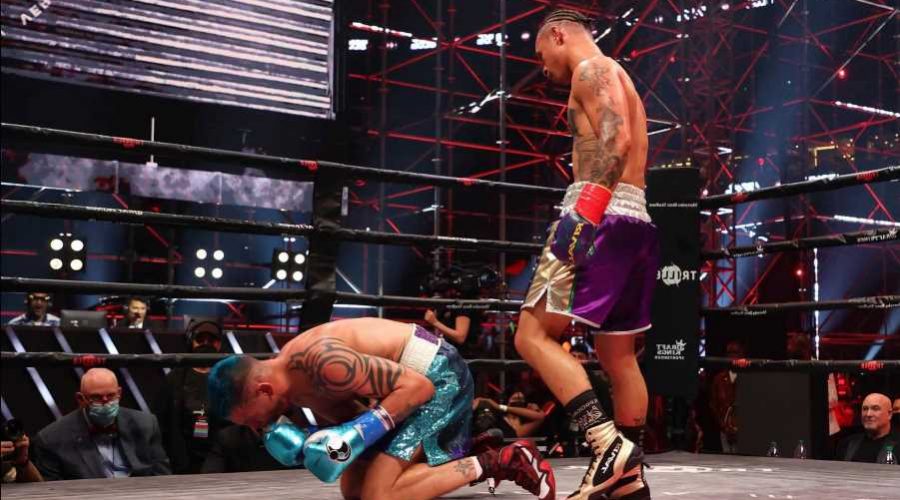 American Prograis convincingly outboxed his opponent through six rounds in the co-headliner on Triller's 'Fight Club'.

But the contest ended in farcical fashion as Redkach went down following a body shot and claimed it was an illegal blow.

But replays revealed the body shot landed well above the border with commentators accusing Redkach of looking for a way out.

The Ukrainian was given five minutes to recover from what he appealed was an illegal punch.

But after he was unable to continue, the fight went to the scorecards.

Ex-WBA light-welterweight champion Prograis was ahead with all the judges and went on to win the fight on points.

Despite Redkach leaving on a stretcher, fans online were not willing to let the southpaw get away scot-free.

Another said: "Redkach selling this body shot as a low blow is gross."

One added: "Ivan Redkach is overselling the hell out of that body shot making it seem like Regis Prograis took his family jewels. Prograis' shot was totally legal and nowhere near below the belt."

He said: "I'm excited about it.

"They're super famous and famous in a different way so it doesn't bother me at all.

"I'm just going to go out there, have a great performance and win over the fans."