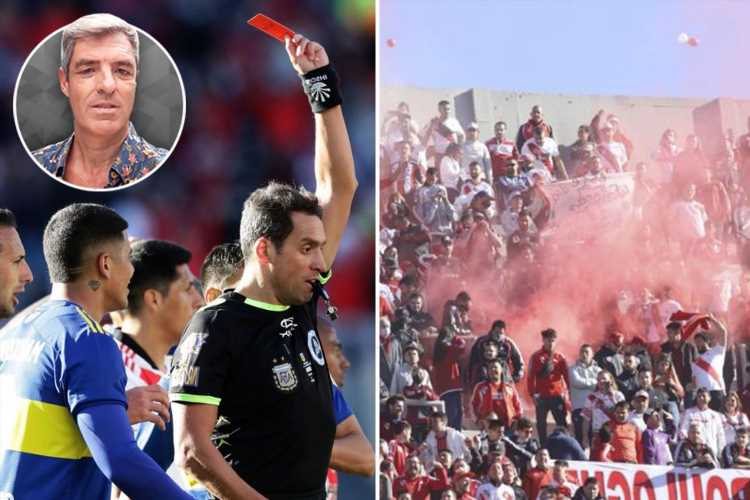 CINEMA goers all over the world are watching the same James Bond film. They have no power to change the ending of ‘No Time To Die,’ even if they want to.

Football is different. A football crowd is not made up of passive spectators.  The fans are an active participant in the spectacle. 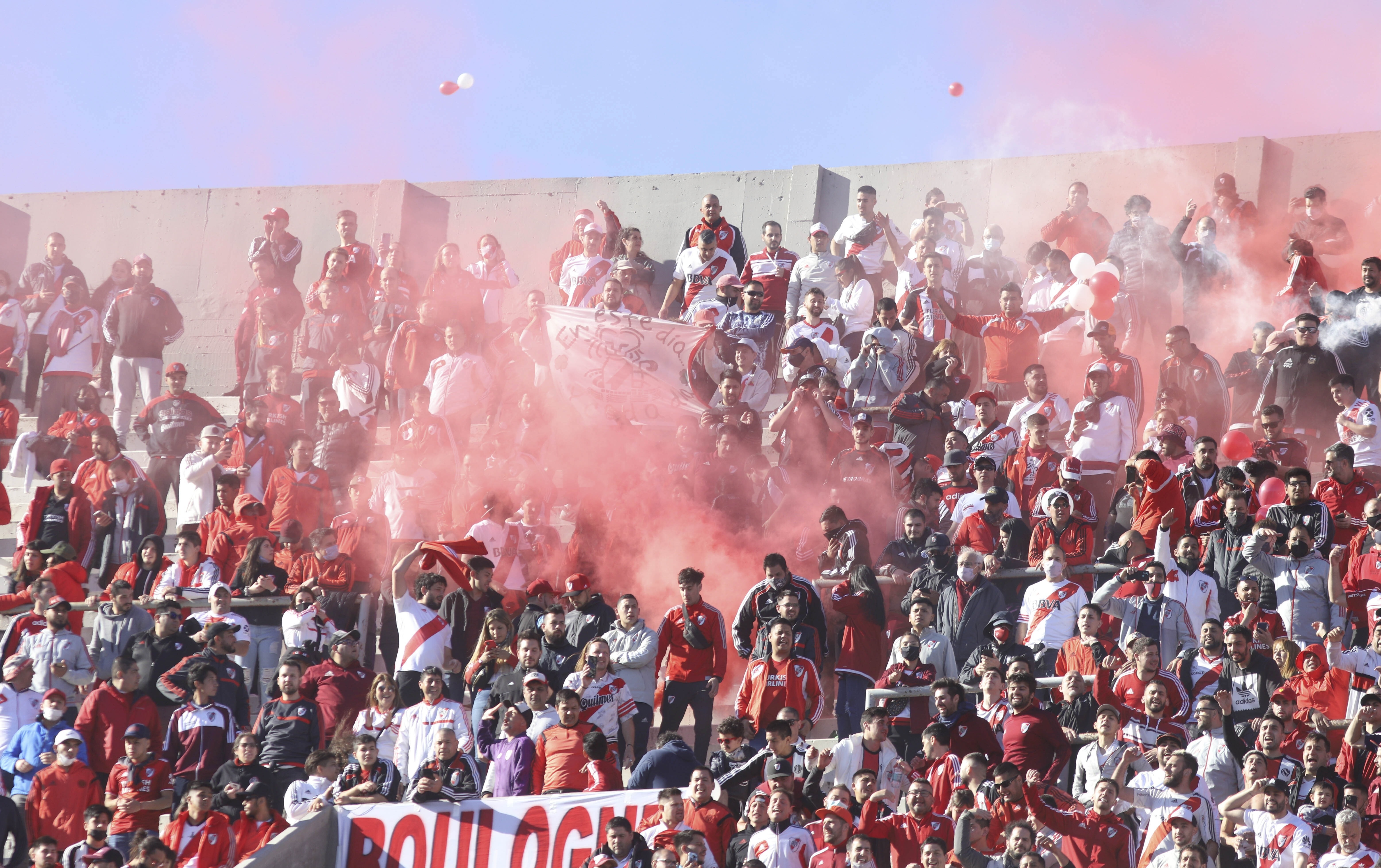 They create the atmosphere – which is both an attraction in itself, and a factor able to influence what happens on the field.

The crowd can lift a team to new heights, or the nervousness in the stands can transmit itself to the players.

And the crowd can make you glad you went to a game even if the football was disappointing.

This is especially true in Argentina, where the atmosphere is something special. The rhythm and the fervour of the chants can lodge in the brain.

In recent times, when the best players are transferred abroad at an early age, the atmosphere created by the crowd can be the best thing about going to a game in Argentina.

It hurt, then, to have eighteen and a half months without supporters in the stadium.

But, with the coronavirus pandemic under relative control, fans were back this weekend for the first time since the middle of March 2020 – that is, home fans only – Argentina has a problem with fan violence.

And, as yet, only half of stadium capacity.

So there were around 35,000 in the ground for the biggest of them all – River Plate against Boca Juniors.

It was no coincidence that this weekend was chosen for the return of supporters. The government did badly in recent mid-term elections.

In a country where football is so important, bringing fans back was an obvious response, an attempt to raise the nation’s morale.

And River v Boca is a huge event. There was plenty at stake on the field.

With the championship at the half way stage River took the field in second place, while Boca have thrown off a bad start and put together an eight game unbeaten run to move up to sixth.

A win on Sunday would put them well into contention for a title bid. 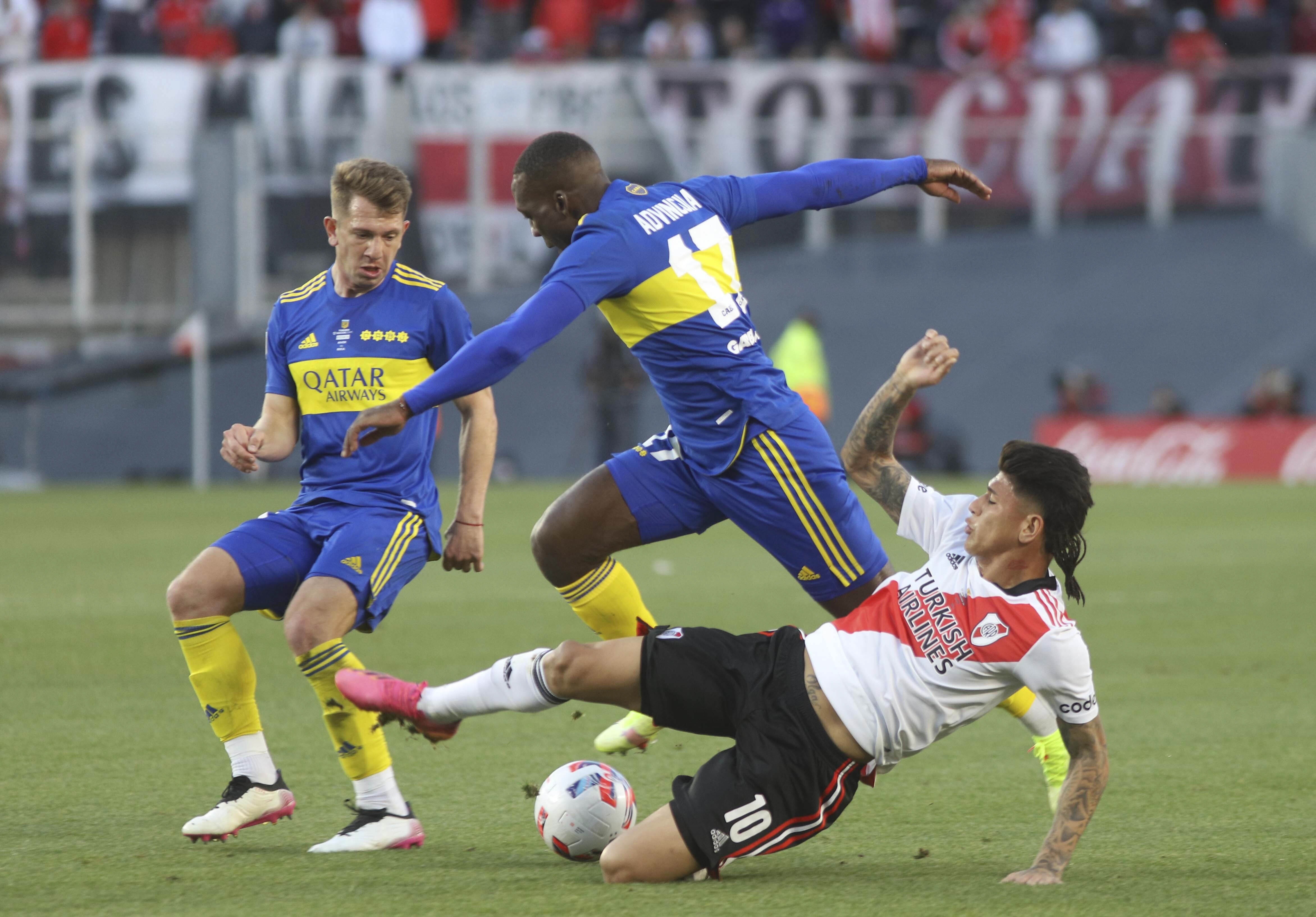 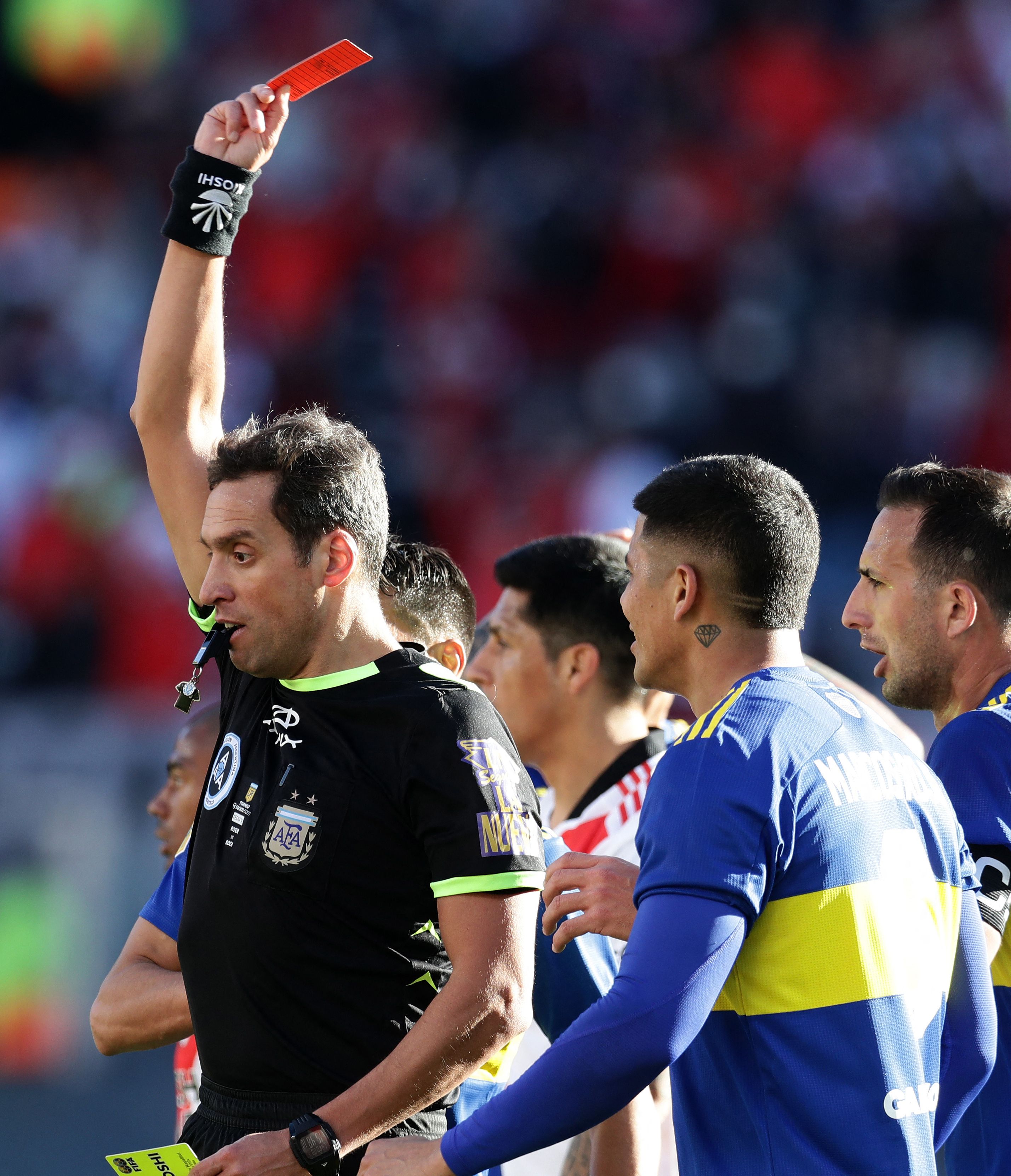 But first they – and the River players – would have to get used to playing in front of fans again. The entire emotional dynamic of the occasion had altered – which became clear very early.

Twice in the first few minutes there were mass flare ups, with players from both sides running to get involved in a pushing skirmish.

After shaking off some injury concerns, the former Manchester United player has become an important part of the Boca line up.

His experience and quality, both defending and setting moves in motion, have been important in Boca’s run of good form. But his lack of cool now decided the game.

Twice in quick succession he went to ground and committed risky fouls.  The first time Rappallini reached for the yellow card. And the second, too.  On another day Rojo might have got away with the second challenge.

But the warning had already been given. Rapallini had made it clear that the only way to control the game was to take a hard line. And so, after just fifteen minutes, Rojo had seen red.

It ended Boca as an attacking force – before they had begun. Their most creative player, Colombian attacking midfielder Edwin Cardona was sacrificed as Boca went to their bench to bring on another centre back.

And if the River fans were singing then, they were soon screaming in joy. In the next few minutes Julian Alvarez scored two superbly taken goals.

Alvarez, 21, is the best thing that domestic Argentine football has produced in the last few years.

A mobile, talented and intelligent support striker, he was linked in the summer with Aston Villa, and, to these eyes at least, he has plenty in common with former Villa park idol Gary Shaw, whose brilliant career was so cruelly cut short by injury.

The match turned into a celebration, with River fans giving vent to a year and a half of frustration at not being able to go to the stadium, which has been remodelled in their absence. 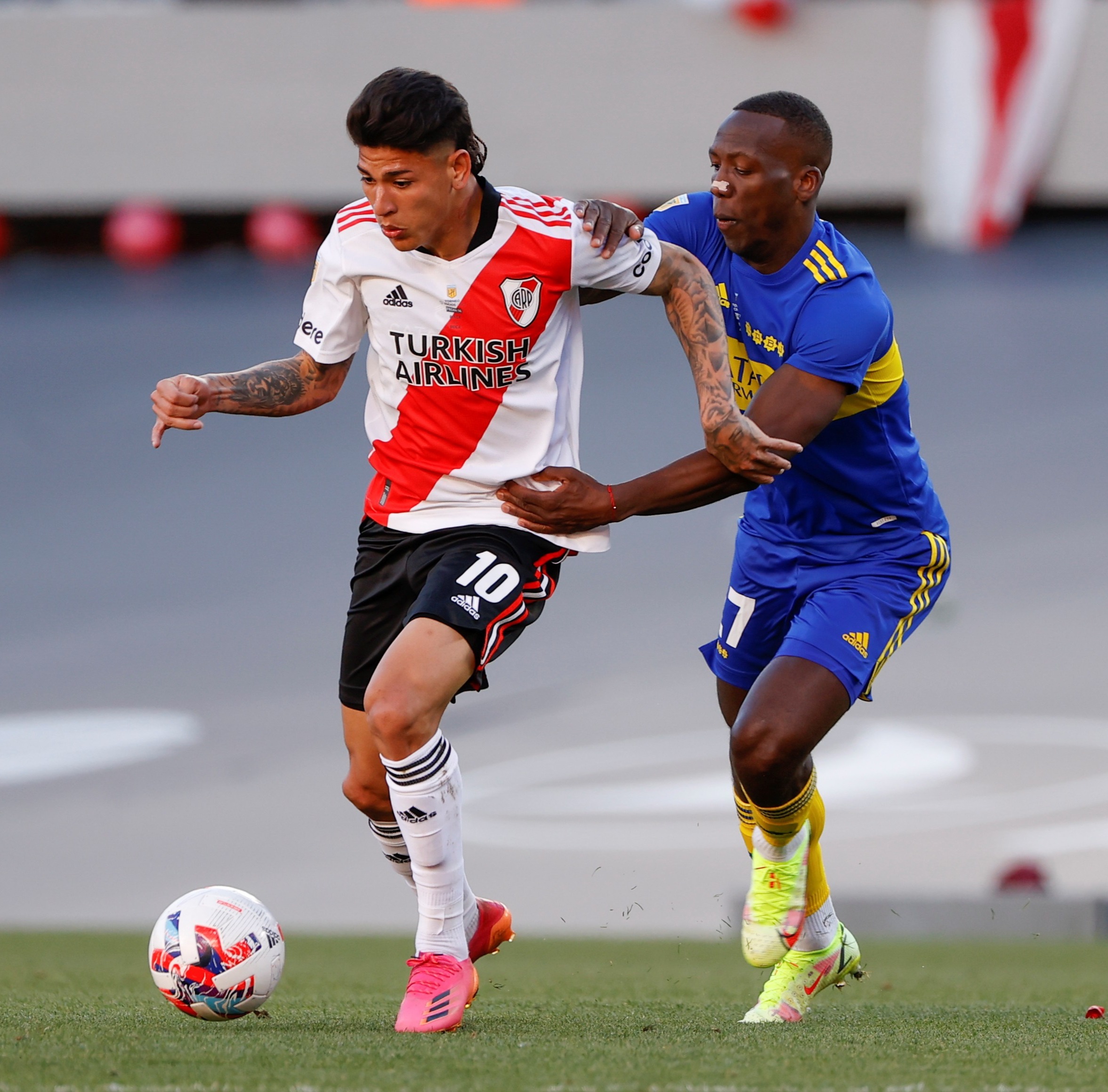 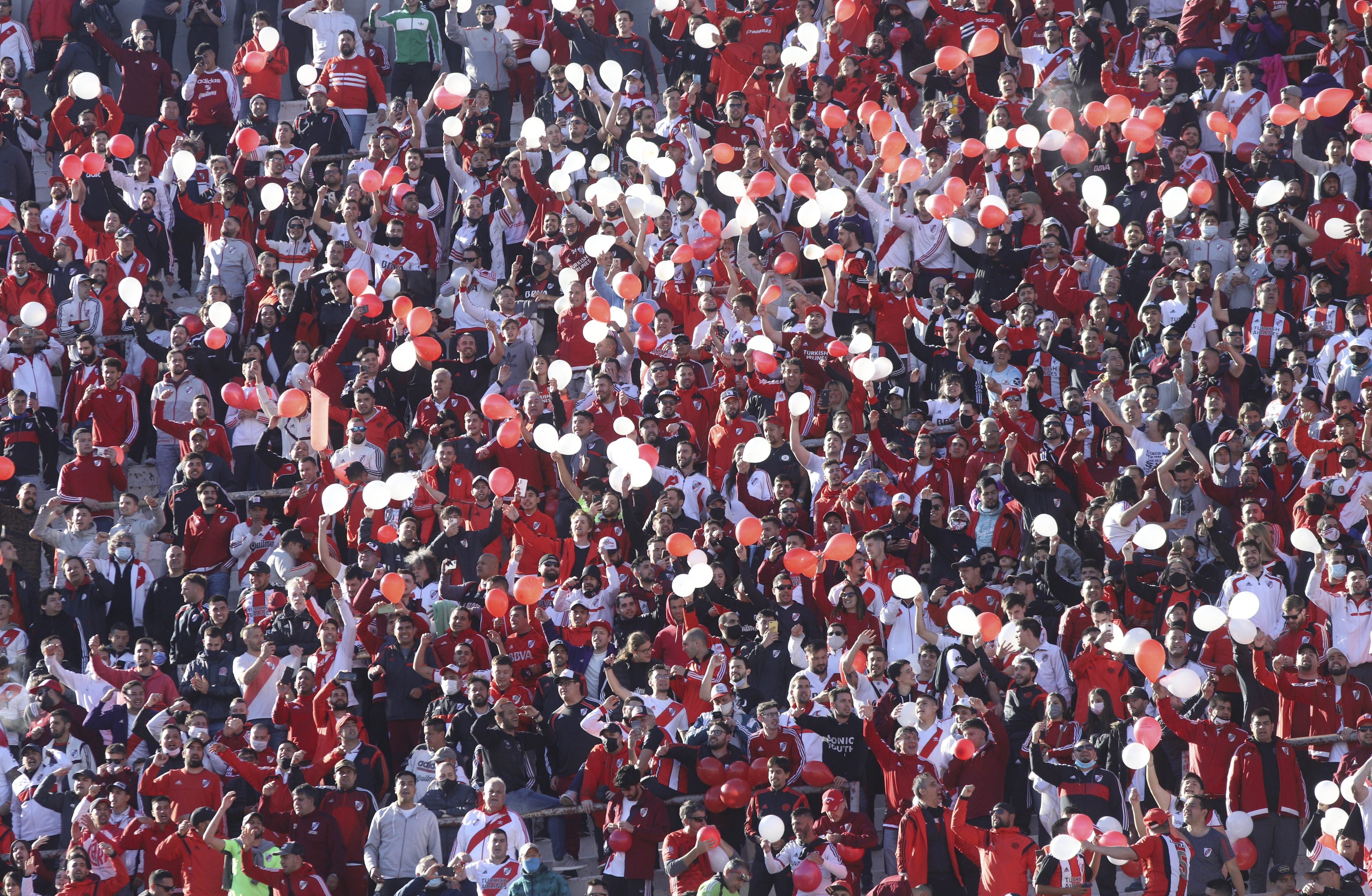 Boca’s objective after the break appeared to be to keep the score down. River repeatedly came close to adding to their lead. Finally, inside stoppage time, Boca grabbed a consolation with their only serious effort.

The final score of 2-1 gives them some dignity, but hands the points to River Plate.

And without fans it could all have turned out very differently.

05/10/2021 Sport Comments Off on River Plate beat Boca Juniors with ex-Man Utd defender Marcos Rojo getting a red card, but the fans are the real stars
Lifestyle