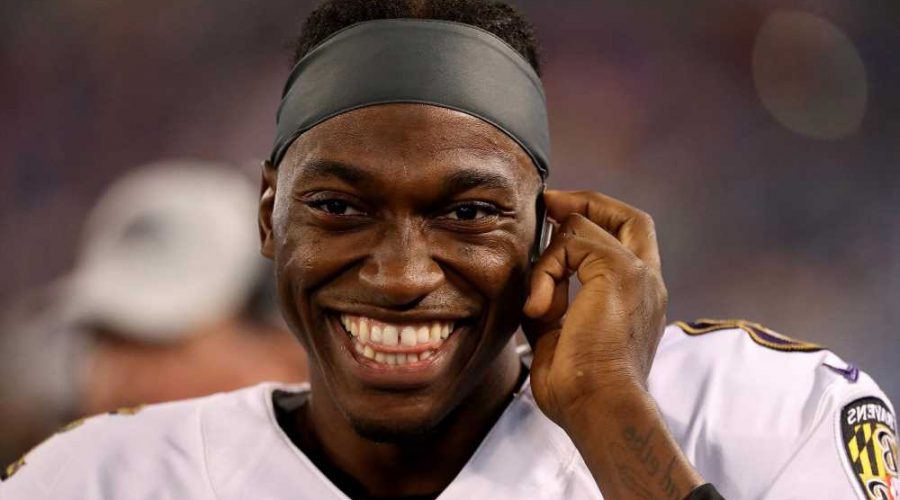 Thanks, but no thanks to token US pride at Olympics

Robert Griffin has landed a new job as he sorts out his future in the NFL.

Griffin’s contract with ESPN reportedly includes an out clause that would allow him to resume his professional football career should an opportunity present itself, according to NFL Network.

The former Heisman Trophy winner and second-overall pick by Washington in 2012 was waived by the Ravens in January following three seasons with the organization, as his once-promising career was derailed by injuries.

The 31-year-old Baylor product seemingly confirmed the ESPN news when he thanked former Ravens teammate Willie Snead on Twitter for congratulating him on the gig.

But Griffin doesn’t seem content calling his quits on his football career.

On Tuesday, he went viral after showing him practicing his throws with a wall.

“If you won’t sign me, at least sign this wall,” Griffin tweeted. “I mean look at the quick release and ball placement my GAWD.”

In 56 career games, Griffin has thrown 43 touchdowns and rushed for 10 more.