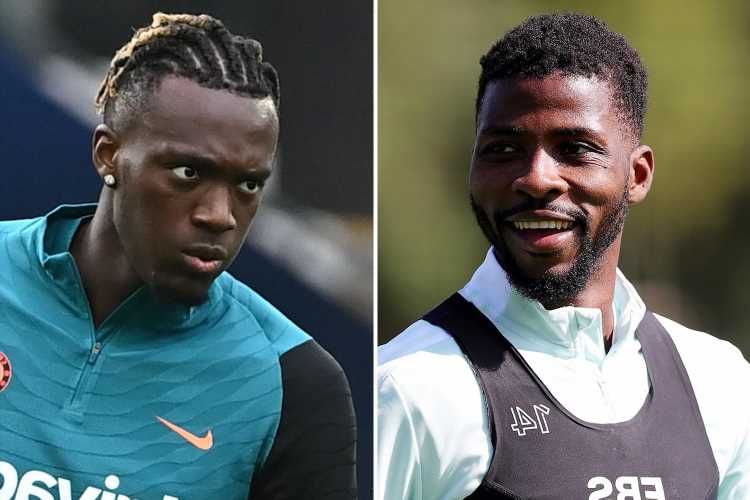 ROMA will reportedly set their sights on Leicester striker Kelechi Iheanacho if their bid for Chelsea ace Tammy Abraham falls through.

Jose Mourinho's side have already agreed a £34million transfer with the Blues for the 23-year-old, according to Sky Sports.

The offer includes a 'large' buy-back clause that could one day see Abraham return to Stamford Bridge.

And the Italians general manager Tiago Pinto met Abraham for talks in London on Thursday.

It's also been reported that Mourinho directly called Abraham himself to try and push the deal through.

But with Arsenal also looming on the horizon, Abraham has asked the Serie A side for more time to consider their offer while he decides what his best choice is.

With Romelu Lukaku's arrival at Stamford Bridge, it's unlikely that the youngster will get a look-in next season.

Mourinho was manager at Chelsea when Abraham was coming through the ranks at the club.

But the Portuguese left West London before Abraham made his senior debut.

Roma are preparing themselves for the possibility that the England international may decide to head over the North London instead.

If he does, they consider Foxes ace Iheanacho, who scored the winning goal in their Community Shield win against his former club Manchester City last week, as the best alternative.

But Mourinho will have to have to tempt the Foxes to sell with a mega offer as they just tied the 24-year-old down to a new three-year contract in April.

And they'll have to try and persuade the Nigerian, who scored 19 goals in 44 games for Brendan Rodger's side last season to leave as he is said to be happy at the club.