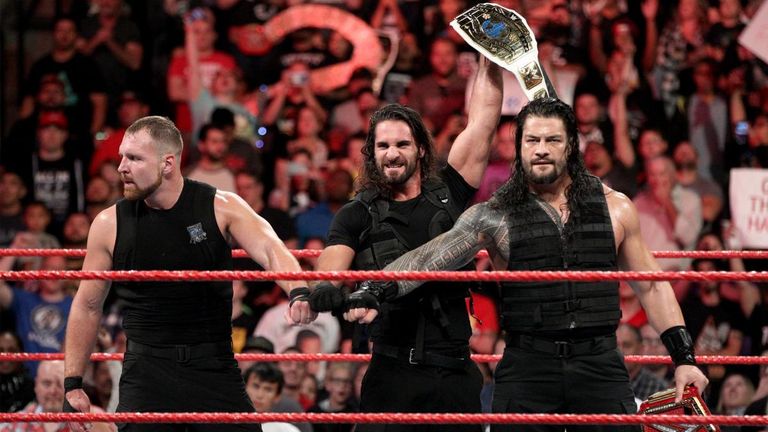 Roman Reigns faces Seth Rollins in an all-star SmackDown match as WWE’s draft kicks off on Sky Sports Arena at 1am tonight.

The former Shield colleagues will do battle with draft consequences at stake – whoever wins will get the first pick as WWE undertake their annual roster reshuffle.

Reigns is representing SmackDown and Rollins flies the Raw flag for the right to make the first selection in this year’s shake-up.

There will be several celebrities involved in the draft, including baseball legend Alex Rodriguez and Hollywood star Christian Slater, as more than 70 WWE superstars will be up for selection.

Because SmackDown is a two-hour show and Raw runs for three hours, Raw will receive three picks for every two SmackDown gets, meaning the blue brand will take 30 wrestlers tonight and 41 joining the Monday night roster.

Tag teams will count as one pick, although the two brands will be able to break up the team if they wish.