RORY HUTCHINSON hopes to fire Northampton Saints into the Premiership play-offs and then book his spot at the World Cup.

In a superb breakthrough season, the 23-year-old centre has been called up to Scotland's training squad ahead of Japan 2019 and nominated for the Prem's young player of the year award. 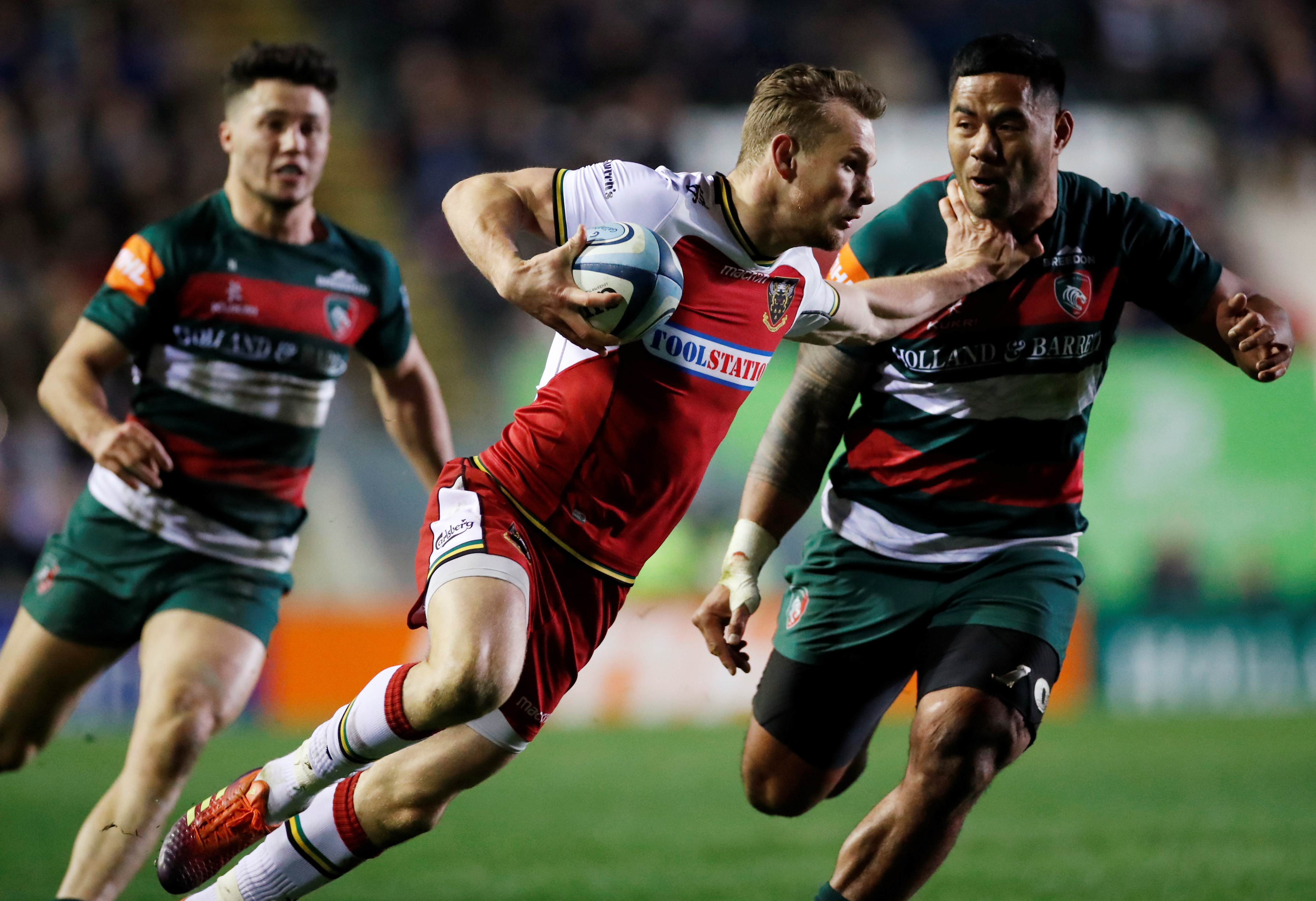 And if he can add to his five tries this season at Exeter Chiefs tomorrow, then his chances of reaching the Land of the Rising Sun will be handed a major boost.

The Cambridge-born star – who qualifies thanks to his Glaswegian grandmother – said: “It was always a goal of mine to try my best to get to the World Cup.

"I had been in contact with Gregor Townsend since the Leicester game – just a few text messages and a bit of feedback, which was really nice.

"Then I got a phone call ten days ago inviting me to join up with the training squad. It was a really good phone call and I am really looking forward to joining up.

"Hopefully though we have three more weeks left here first to crack on and make a final.

“I wanted to play for Scotland. I don’t know where I would be right now if it wasn’t for the Exiles set-up, Scotland Under-18s and 20s. I went to the Junior World Cup with Scotland.

"They gave me the time of day and since then I’ve always wanted to play with Scotland.

"My ambition was to have a really good season and try to open the door to international stuff. It has been a really good few months for me."

If Saints lose against the Chiefs then they could surrender their fourth-place spot to either Harlequins, who are away to Wasps, or Bath who travel to Leicester Tigers.

With just one play-off spot left to face either the Chiefs or Champions Cup kings Saracens next week, it has teed-up one hell of a last-day shoot-out for Chris Boyd's side.

"It’s a really important game for us. It’s not going to be easy at all going down to Sandy Park. There’s a reason why Exeter are top of the league.

"They have been outstanding so we’re going to have to give it everything and be brutally accurate. We’re all looking forward to the challenge.

“Chris spoke to us the other day about belief. We always wanted to make the top six as a minimum, but having done that why can’t we make the top four?

"You wouldn’t have imagined it after the last few seasons because it takes time to build up but we’ve always had the calibre of player and luckily it has all come together this season."