World rugby’s most famous and experienced referee is sat in the restaurant of the Vale Resort hotel, 20 minutes west of Cardiff. 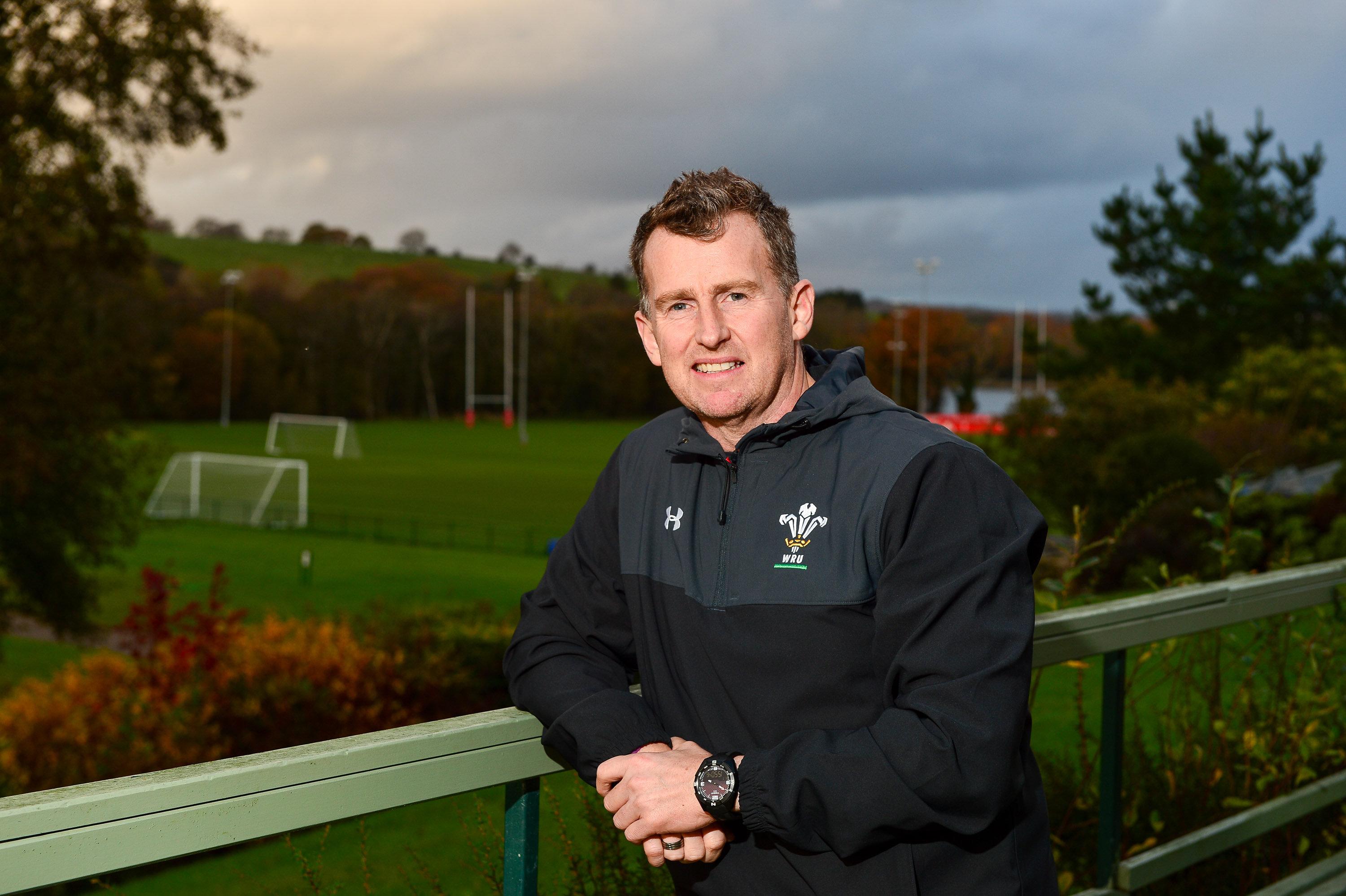 Owens, 47, is known as rugby’s trailblazer, the first man in the sport to come out as gay and to shine a light on his battle with depression and attempted suicide.

But Owens has another heartbreaking revelation to make. Accepting his sexuality was not the first time he came close to taking his own life.

“When I lived in the council house with my mum and dad, I was 11,” Owens says with that strong Welsh lilt.

“We had a bathroom upstairs. I went to the bath one night and tried to kill myself because I was being bullied at school. 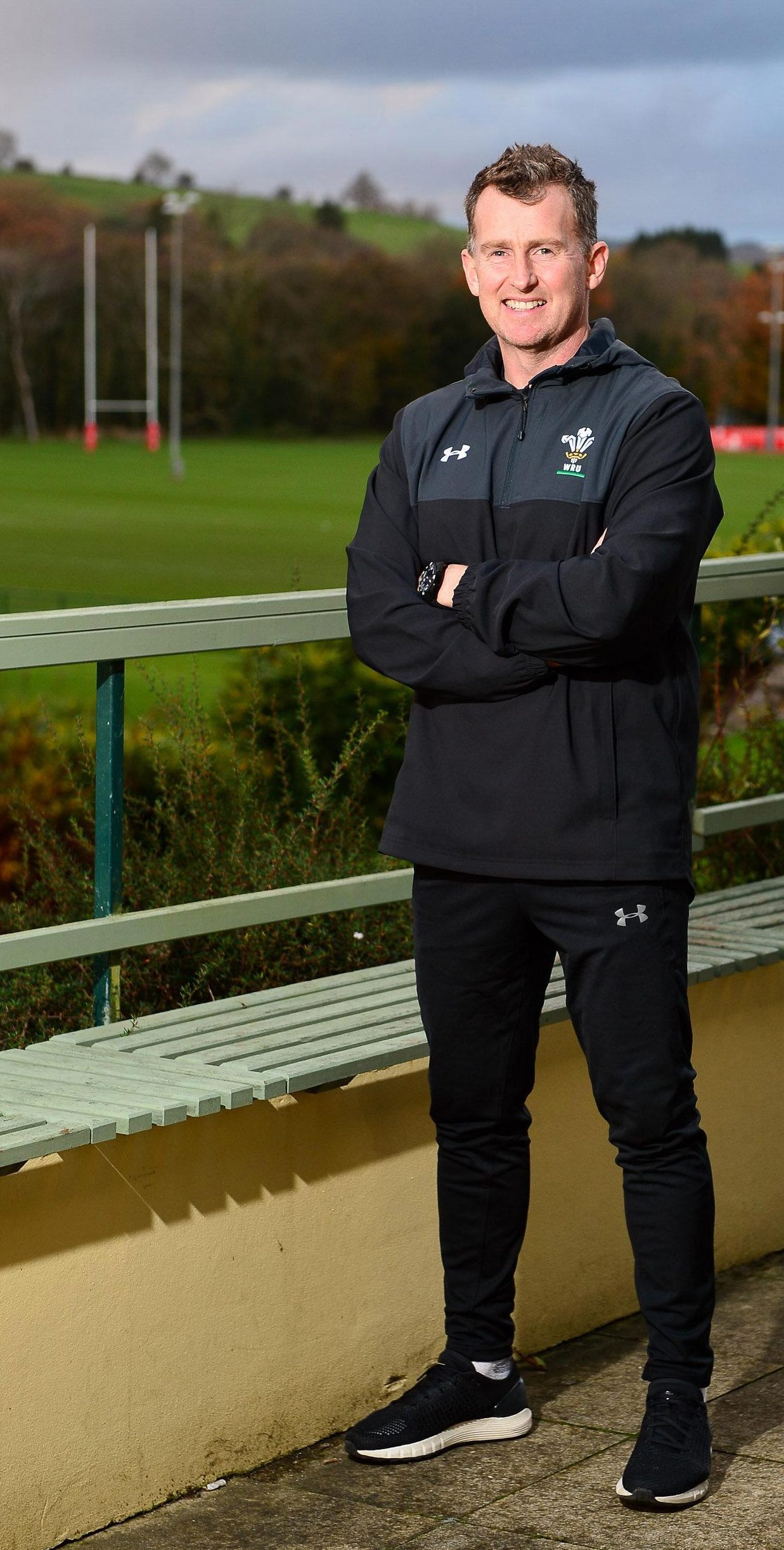 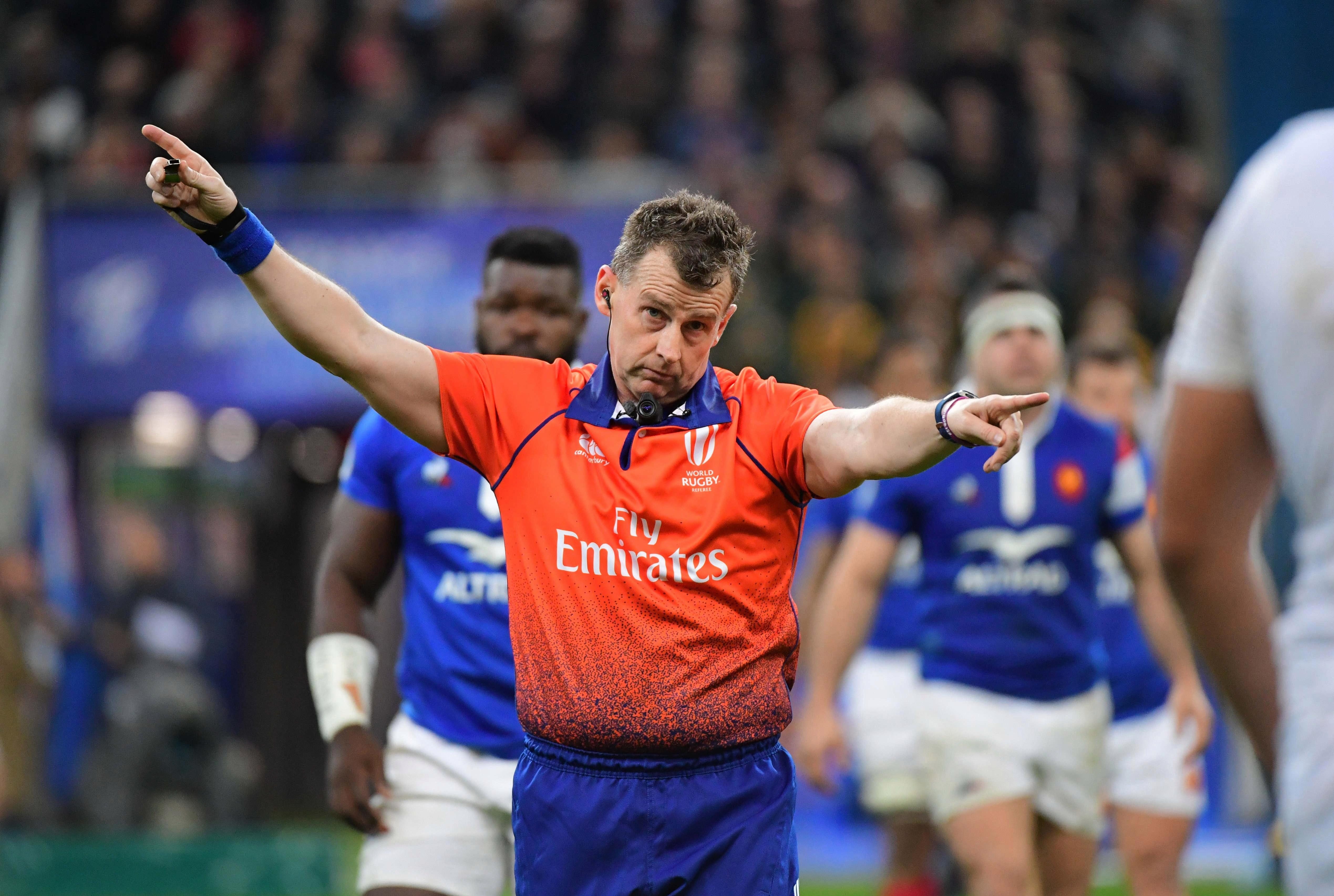 “Fortunately, I wasn’t successful. When I came out the bathroom my mum saw the red mark on my neck. I didn’t tell my parents why, I just said I was mucking about.”

A boy at school was picking on Owens. He would punch him, push him around and force him to steal.

The boy was in the rugby team, so Owens stopped playing the sport he loved and would ultimately become famous for.

He ended up regularly truanting from school as depression took hold.

“I was suffering with mental health issues but there was a reason for that,” he says.

“The reason was taken away by a couple of mates at school who saw the bully picking on me one day and stood up for me. 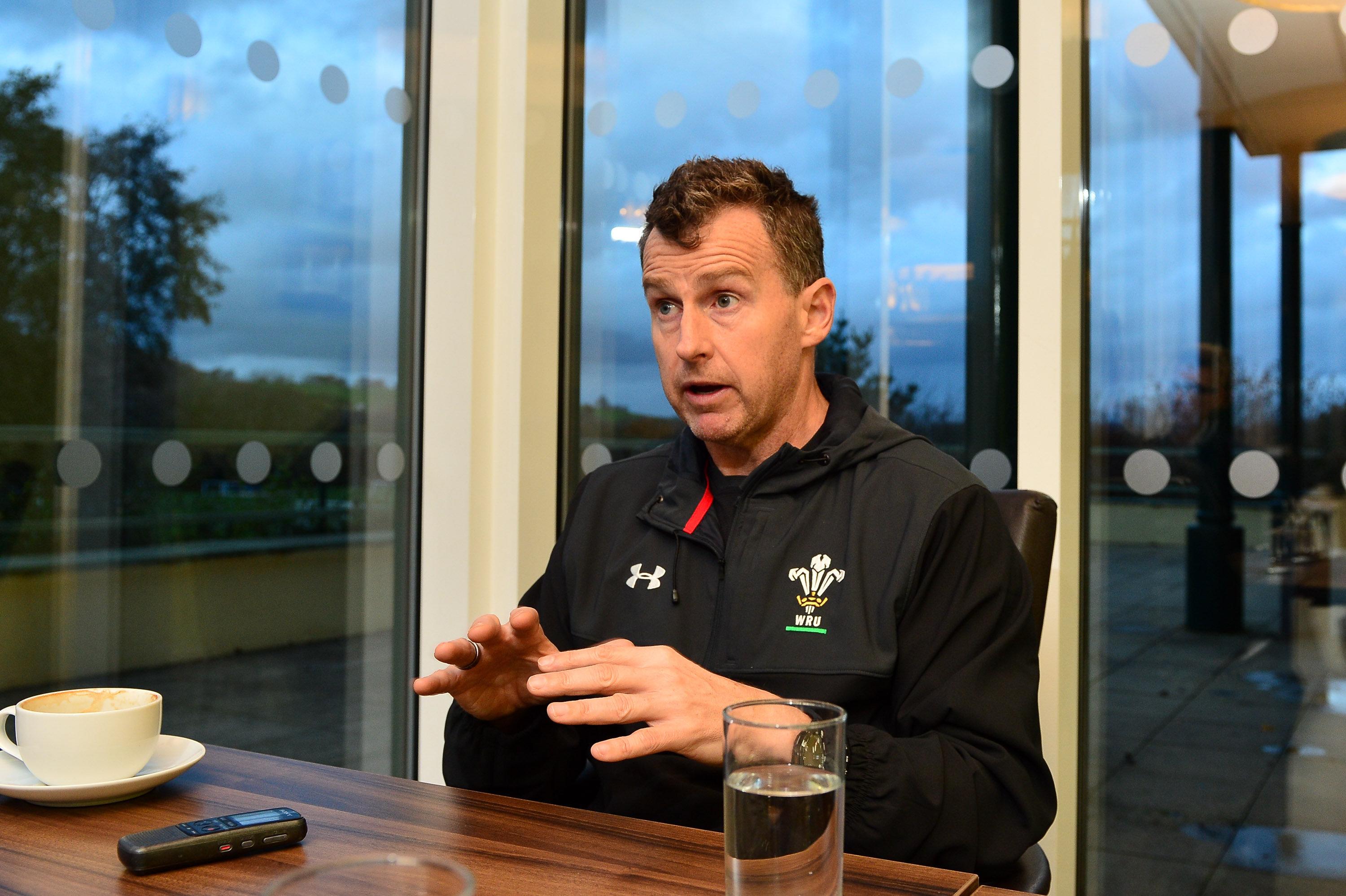 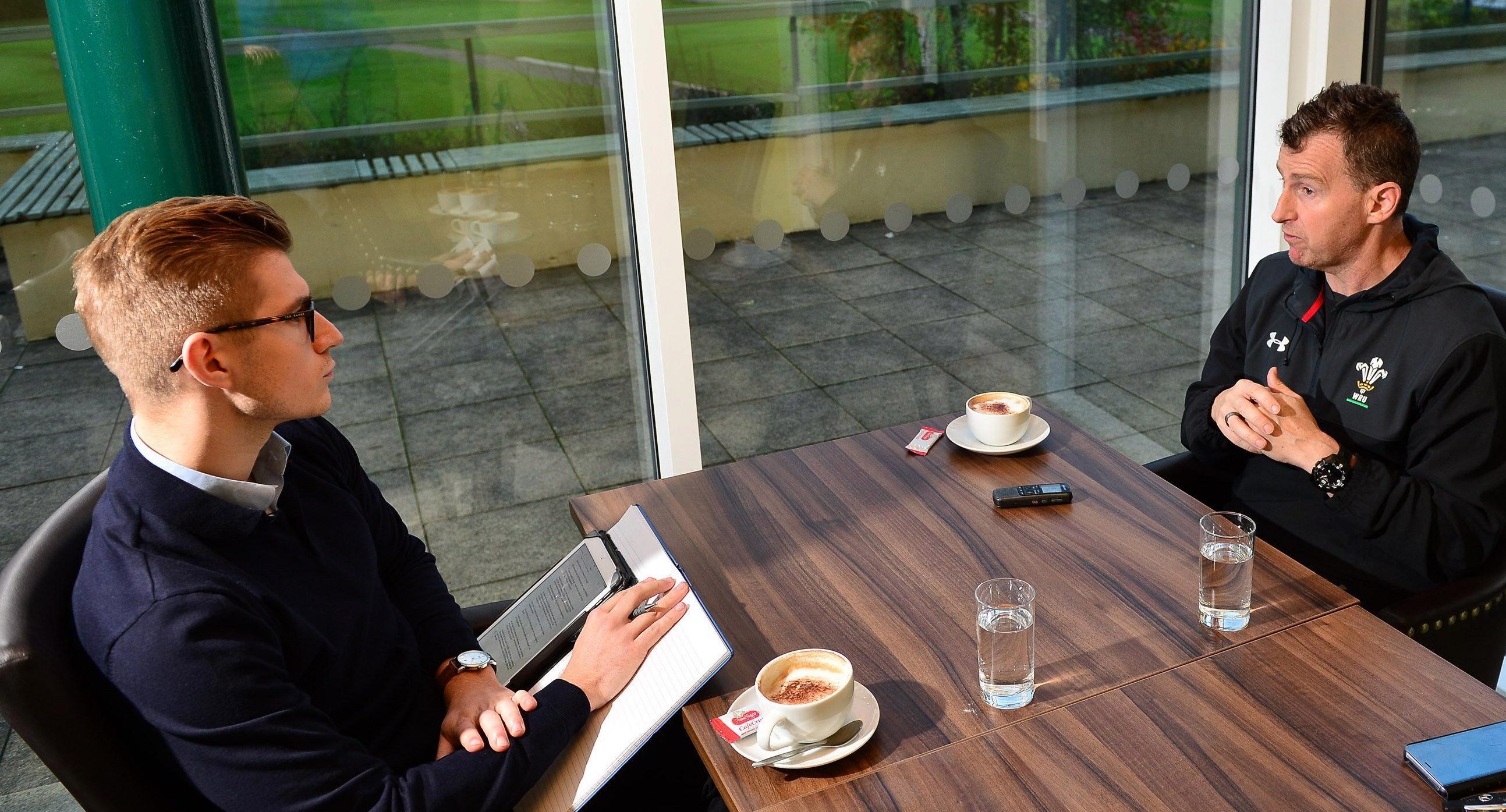 “The bullying stopped like that,” Owens says, snapping his fingers, “and so did the depression.

"Whatever issues you have in life that’s causing depression, until you accept them it isn’t going to end.”

EVERY 90 minutes in the UK a life is lost – to suicide.

It's the biggest killer of people under the age of 35, more deadly than cancer and car crashes. And men are three times more likely to take their own life than women.

Yet, it's rarely spoken of, a taboo that threatens to continue its deadly rampage unless we all stop and take notice, now.

That is why The Sun has launched the You're Not Alone campaign. To remind anyone facing a tough time, grappling with mental illness or feeling like there's nowhere left to turn, that there is hope.

Let's all vow to ask for help when we need it, and listen out for others. You're Not Alone.

For a list of support services available, please see the Where To Get Help box below.

Across the hour that he discusses mental health, depression, bereavement and homosexuality, the word ‘acceptance’ is one he returns to often.

It took Owens until the age of 26 to accept he was gay and another seven years before he told anyone.

Despite the sensitive subject, Owens’ voice booms around the deserted restaurant.

“I got to a stage where when I experienced something with another man — which was not very often — afterwards I would feel ashamed,” he says. 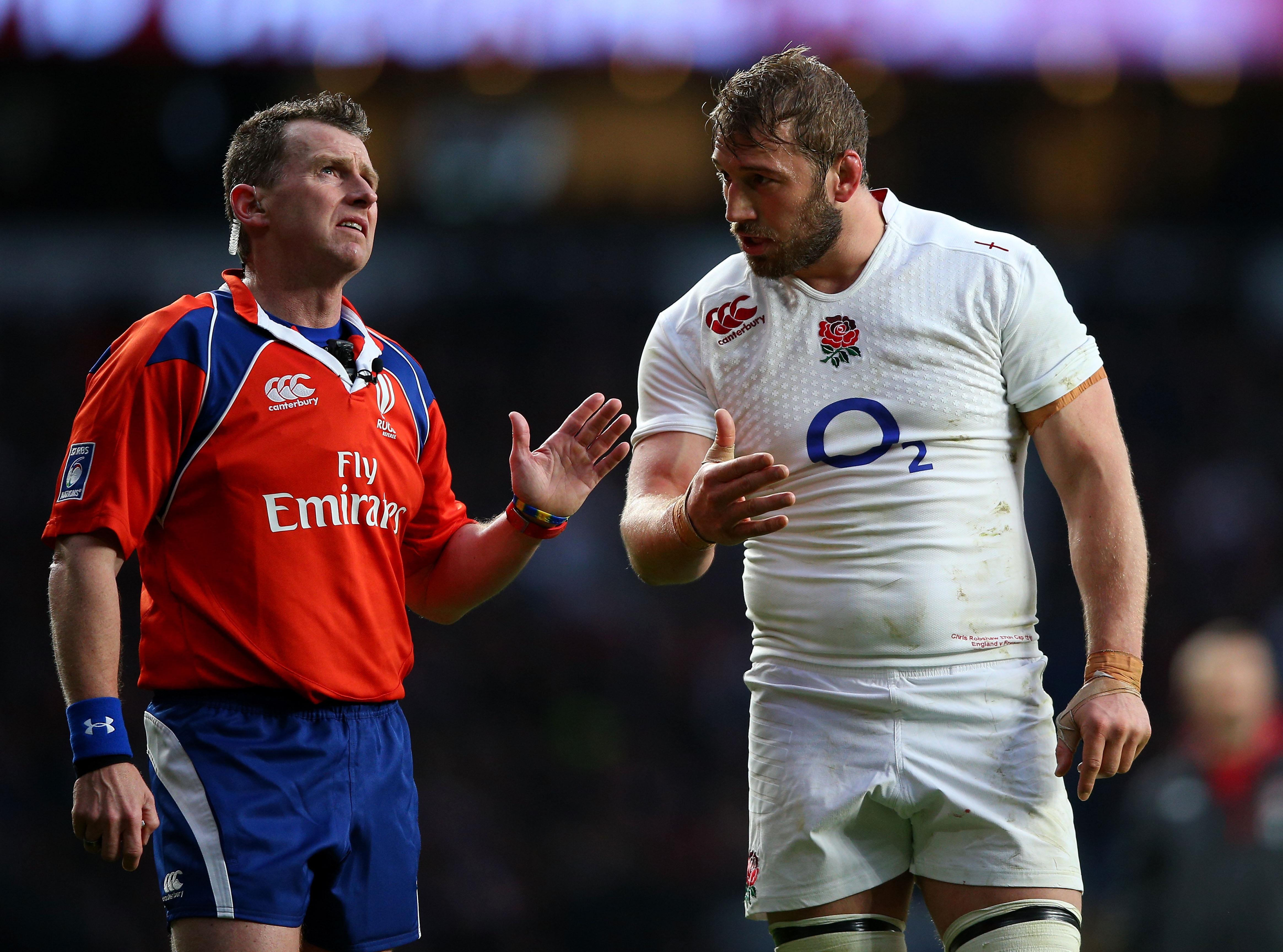 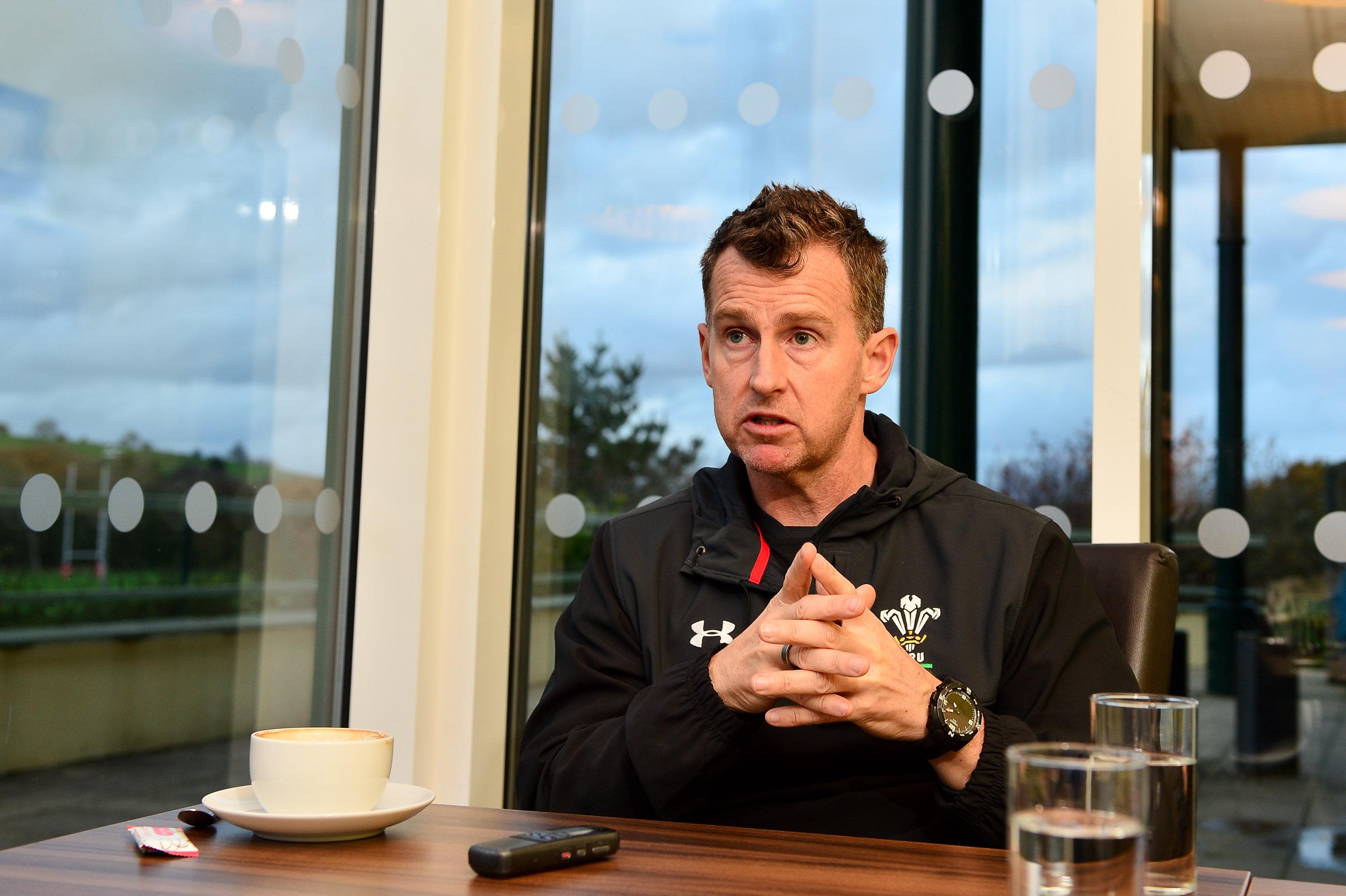 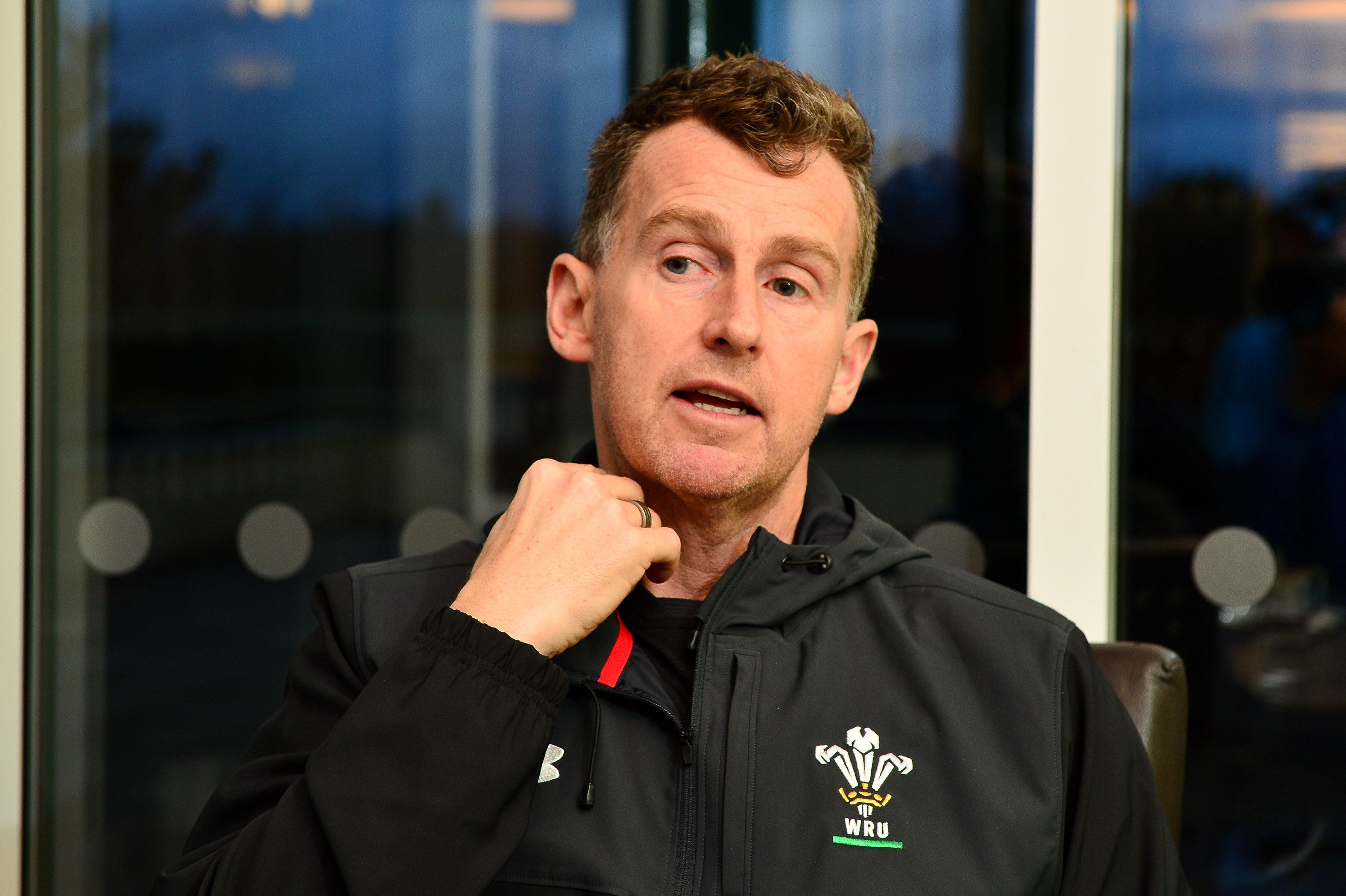 MENTAL HEALTH sufferers have to speak up about depression in order to get better, according to Nigel Owens.

He said: “If you take away the reason causing worry, then the worry is not there anymore.

“There’s a lot you can do to help yourself but the most important thing is to not be afraid of the stigma of mental health because it’s an illness.

Owens added: “If you suspect someone is suffering from depression it’s very important how you go about that. You shouldn’t go and tell them and demand they talk to you – just let them know you’re there.”

“I would go and wash myself in the shower for hours and hours, thinking I want to get this dirt off me. I would wash myself until my skin cut.

“It got to such a dark place, I got so depressed, that I thought there was only one way out, and that is to end my life. That’s when I did something I will regret for the rest of my life.”

I would go and wash myself in the shower for hours and hours until my skin cut.

It had been building for years. Owens would hold a shotgun to his chin while out hunting and once took a dog lead into the woods and put it round his neck, but never went through with it.

One night, though, Owens left a note for his parents and took pills, alcohol and a shotgun to the top of Bancyddraenan mountain in south-west Wales. 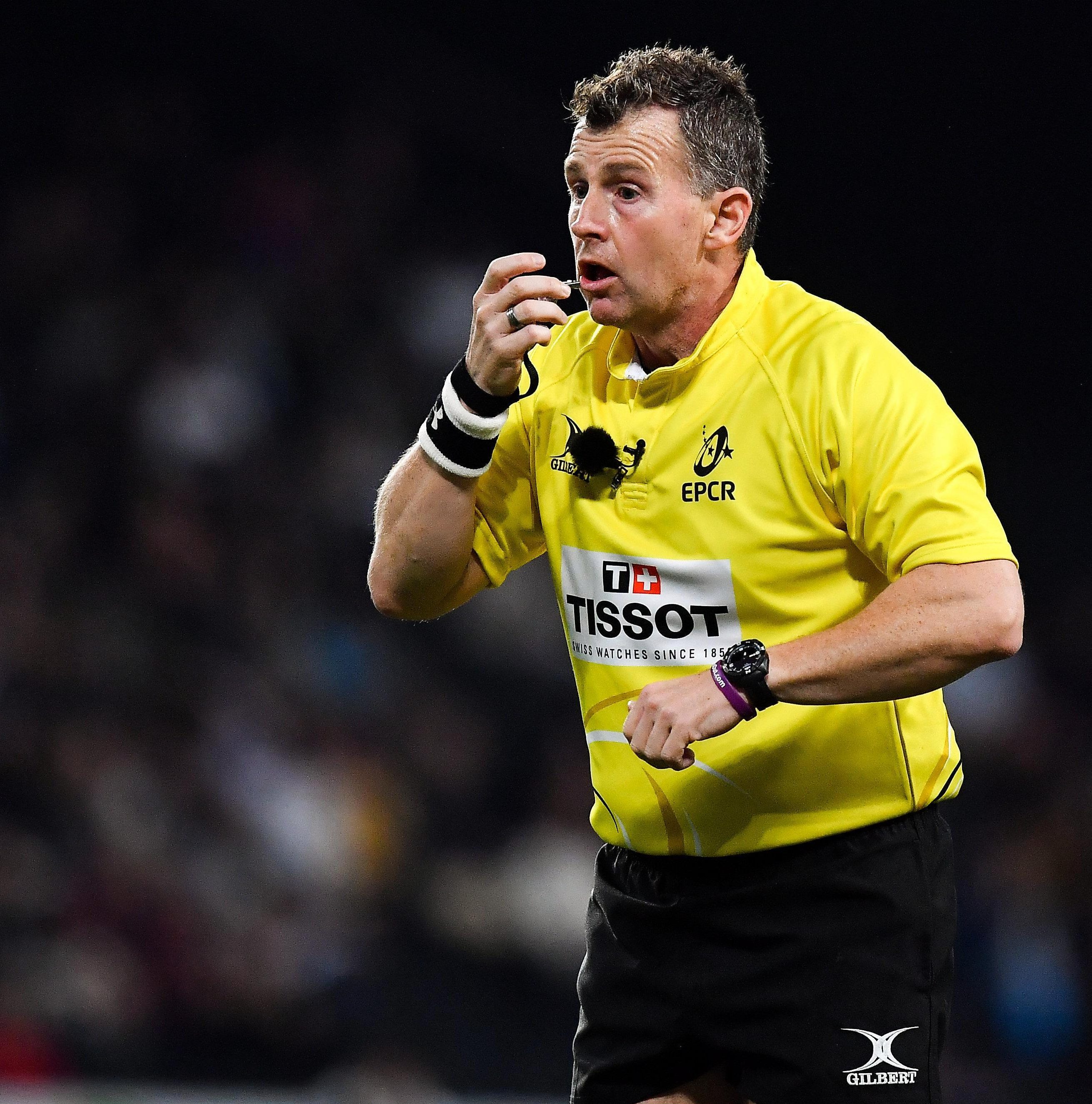 The lethal combination saw Owens fall into a coma, 20 minutes from death had he not been discovered by a police helicopter. He spent two days in intensive care and a week in hospital.

It was there he realised his mistake: “My mum said to me, ‘If you ever do anything like that again then you may as well take me and your dad with you because we don’t want to live our life without you.’

You think the people left behind will be better off without me in their life.

“When you’re in that moment you don’t see it like that. You think the people left behind will be better off without me in their life, without this burden to look after me or deal with my depression.

“After I had the second chance, I realised what I had done and saw they’re not better off without me. That’s how I accepted who I was.” 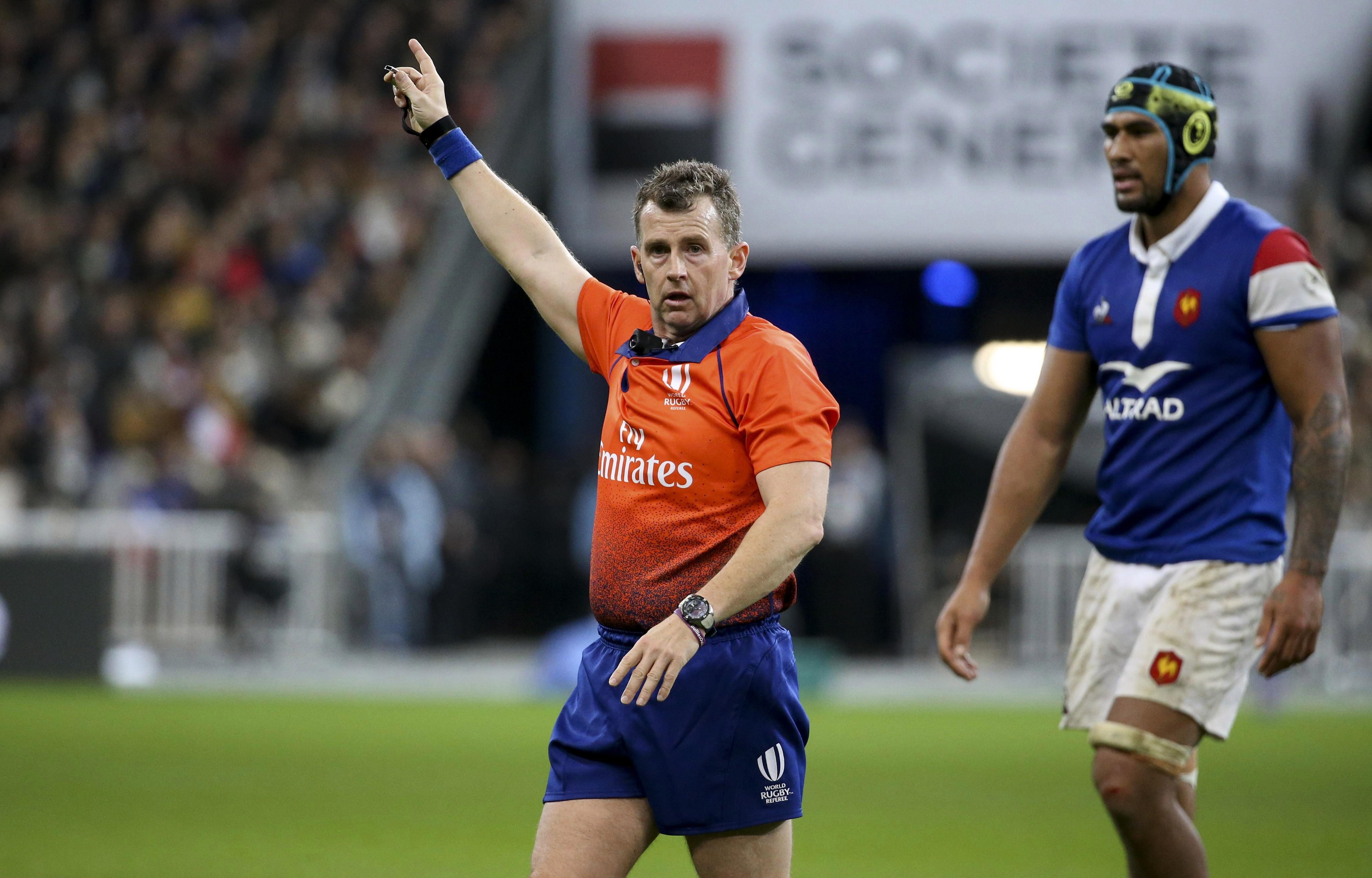 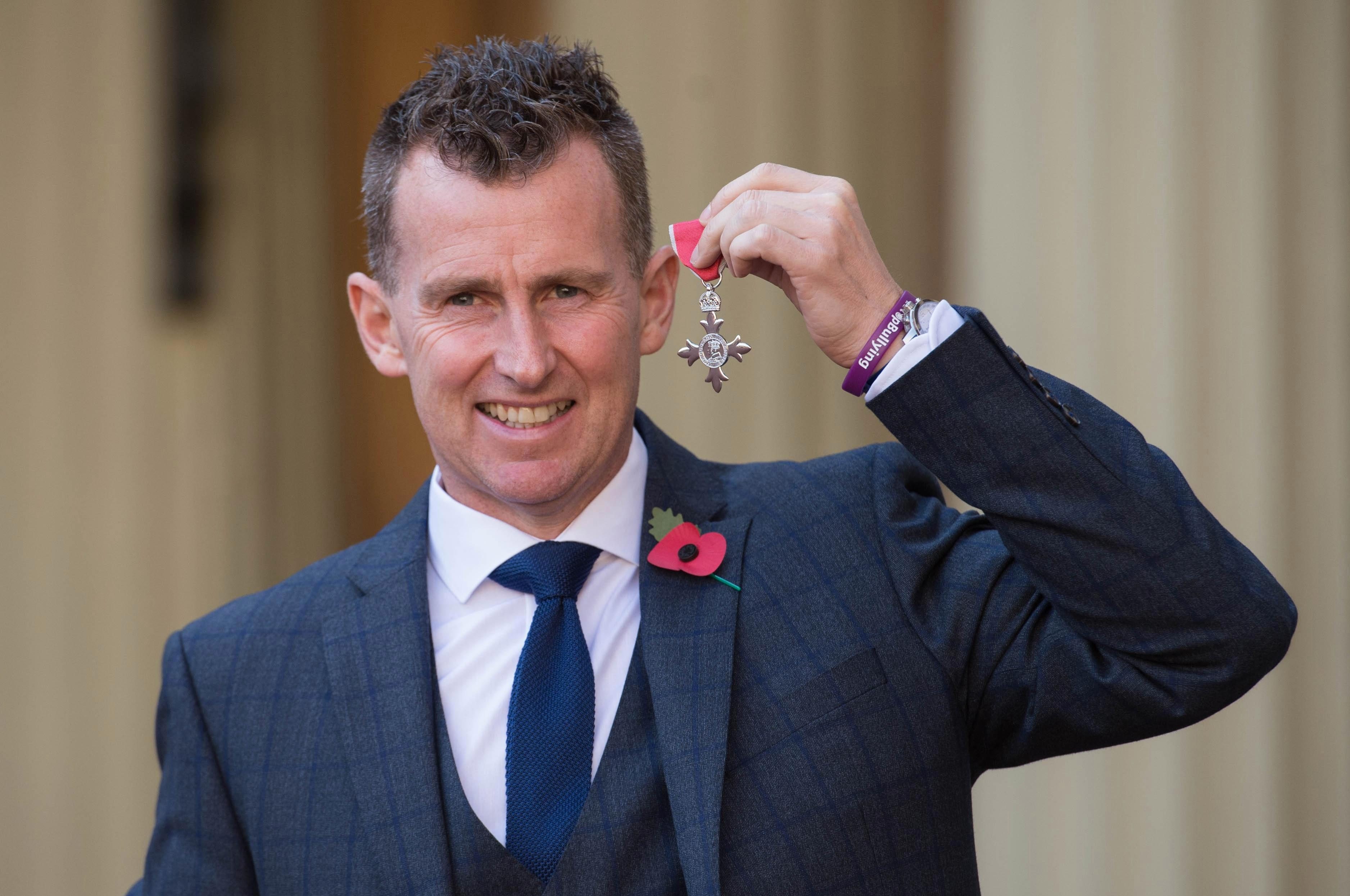 Owens on the first gay footballer

NIGEL OWENS believes football’s first player to come out as gay will be supported by the sport — but he urges it to be for the right reason.

He said: “It is going to be massive. We don’t care who it is, but we want to know.

“Everybody is waiting for two reasons: who is it going to be and how is the football world going to react? I think it will be hugely positive.

“I just hope for the sake of everybody, it happens for the right reason — not someone being forced to come out. It could be enough to tip them over the edge."

Owens added: “Don’t come out for the wrong reasons, that you want to be the role model. Come out because it’s right for you, and then by doing that you will become a role model.”

The biggest test of his mental wellbeing in recent years was when his mother died 10 years ago. “Your parents have got to pass away at some time — you have to accept it,” he says.

“When my dad passes away it will only be me. I have family I am very close to, but most people who go through that have a wife and children to support them.”

For now, he focuses on rugby. Owens’ career took off after coming out, reaching a peak in 2015 when he refereed the World Cup final between New Zealand and Australia. But it won’t be long before Owens blows the whistle on his own career.

“I’m worrying about it now but I’ve been refereeing for 32 years,” he says. “Being realistic, in probably another 18 months to two years, that will probably be it. 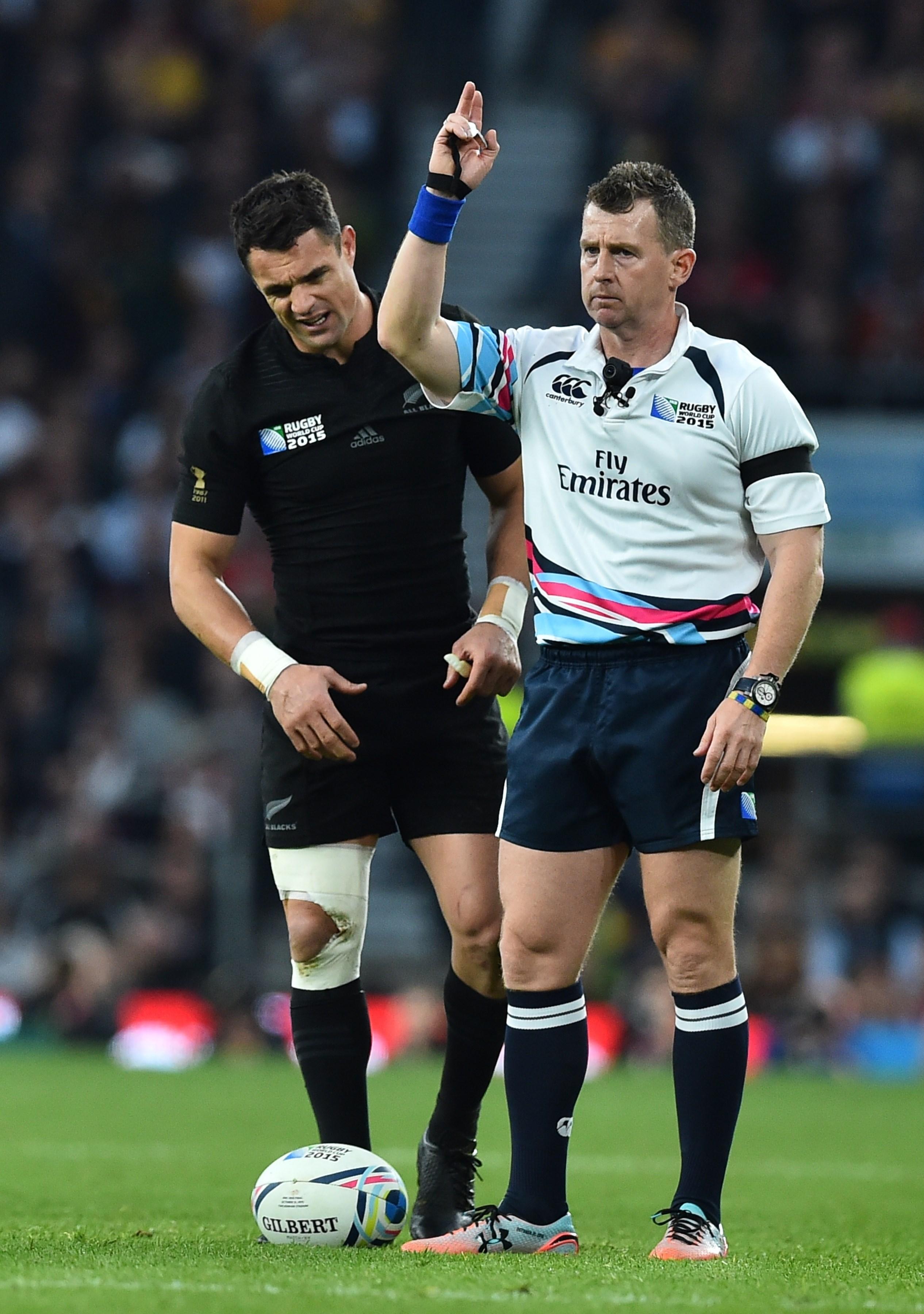 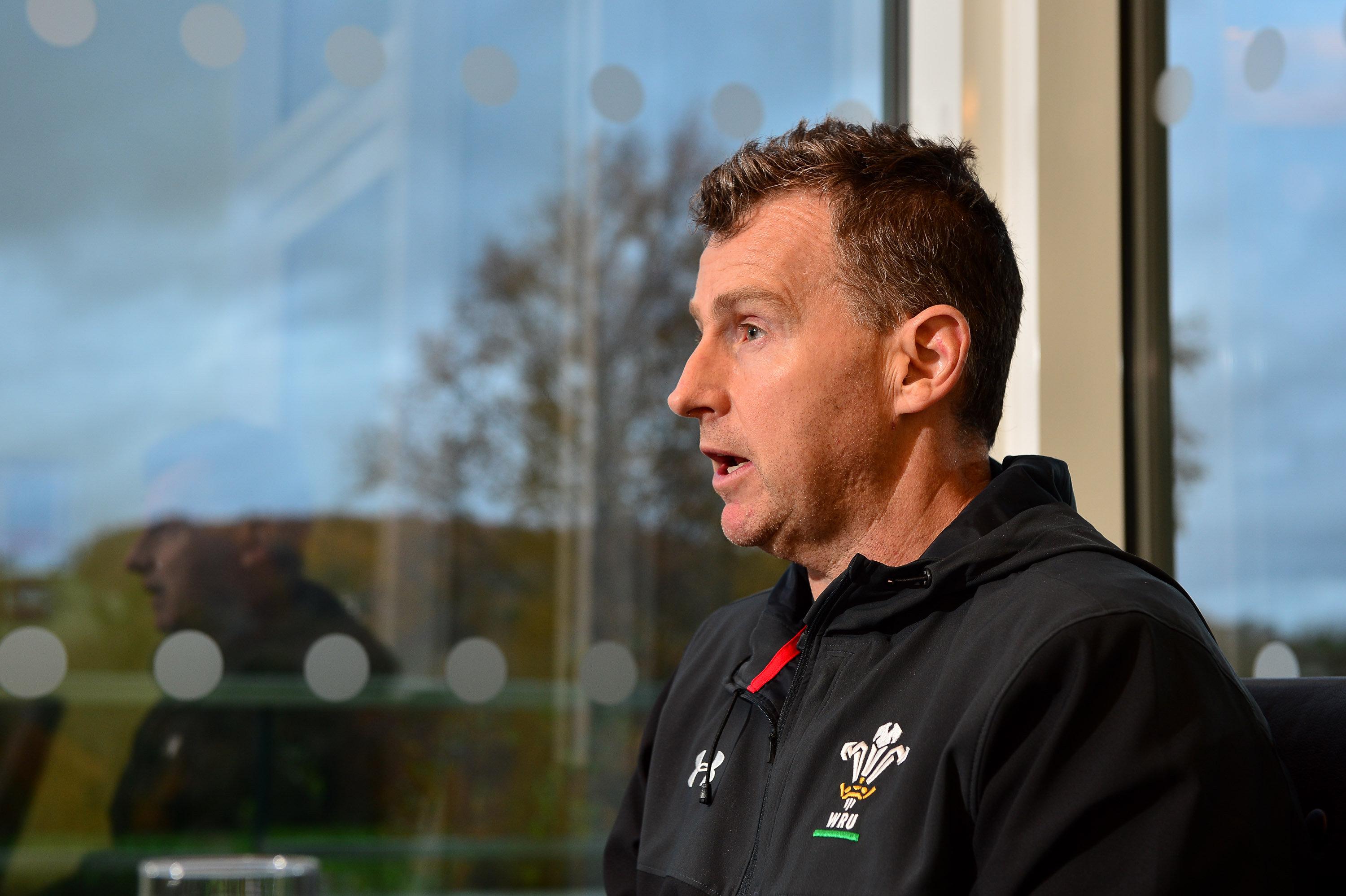 Owens says he could retire from refereeing within two years

“It could be after the World Cup, at the end of that season when my contract ends, or the season after that. If I’m still fit and putting the performances in then why stop?”

Owens has just landed from Paris after refereeing South Africa’s victory over France and is off to Twickenham for the Autumn International today.

“If my life wasn’t so busy, I don’t know how things would be,” he says.

“Will I start to feel a bit lonely and start overthinking things, slip back into depression? I don’t know the answer yet, and hopefully experiences of the past will help prepare for if something like that triggers again.” 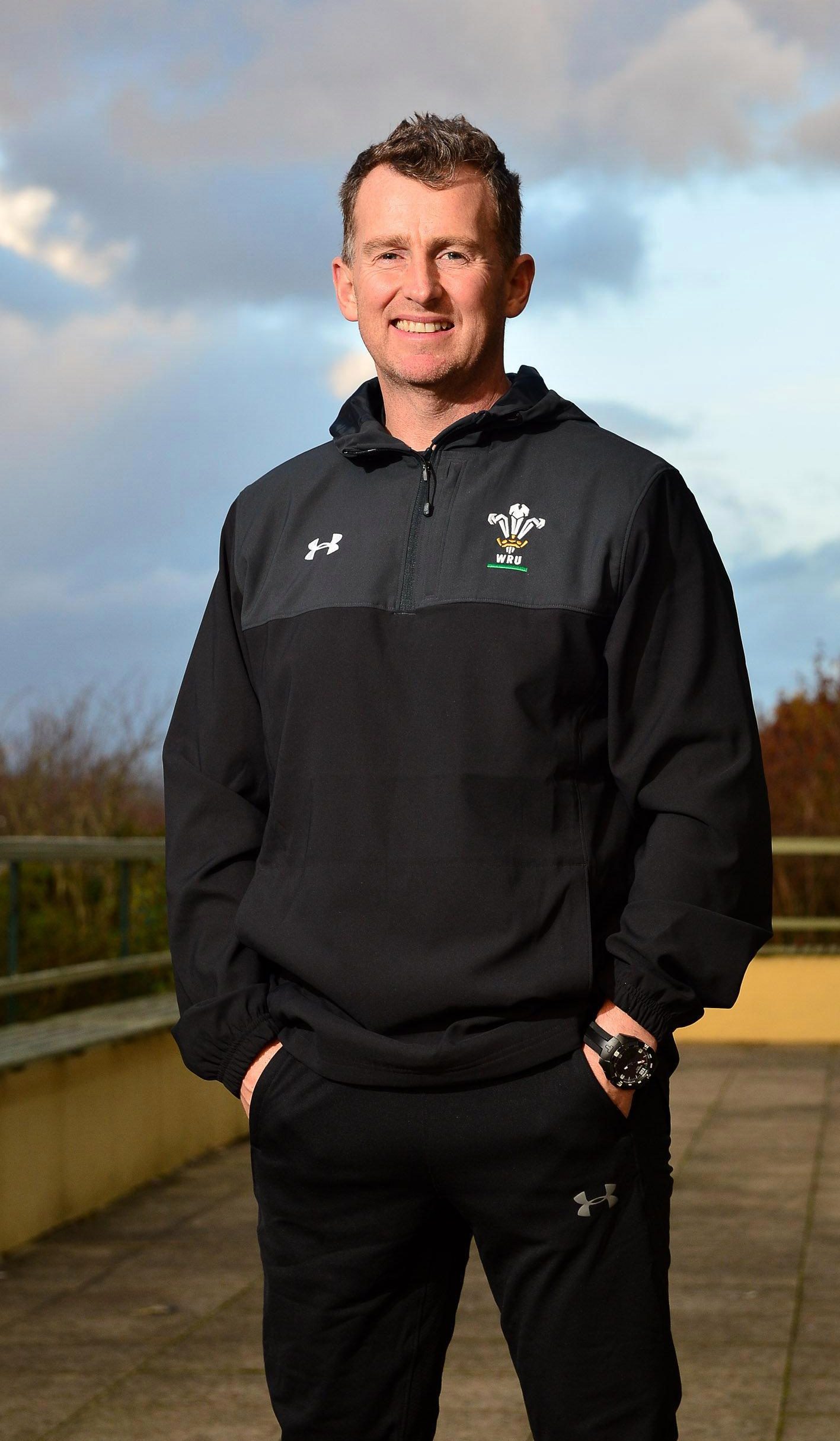 WHERE TO GET HELP

Owens has bought some land to keep beef cattle. He has done television work, speaks at after-dinner events on rugby and does talks on mental health.

He is passionate and opinionated, a trait that will see him appear on the BBC’s political debate show Question Time in the coming weeks.

“It’s up to me now to think about what I’m going to do,” Owens says. “If I do nothing and I’m thinking, ‘What am I going to do?’ then I’ve contributed to the problem.”

But Owens is now an expert in dealing with these problems. Now, he wants to help others.