RUNNER Tyler Moon was wearing a 'Jesus saves' bib when he suffered a heart attack in a race – but has life was saved by a nurse…named Jesus.

The religious Minnesota athlete, 25, was taking part in a 10-mile race. 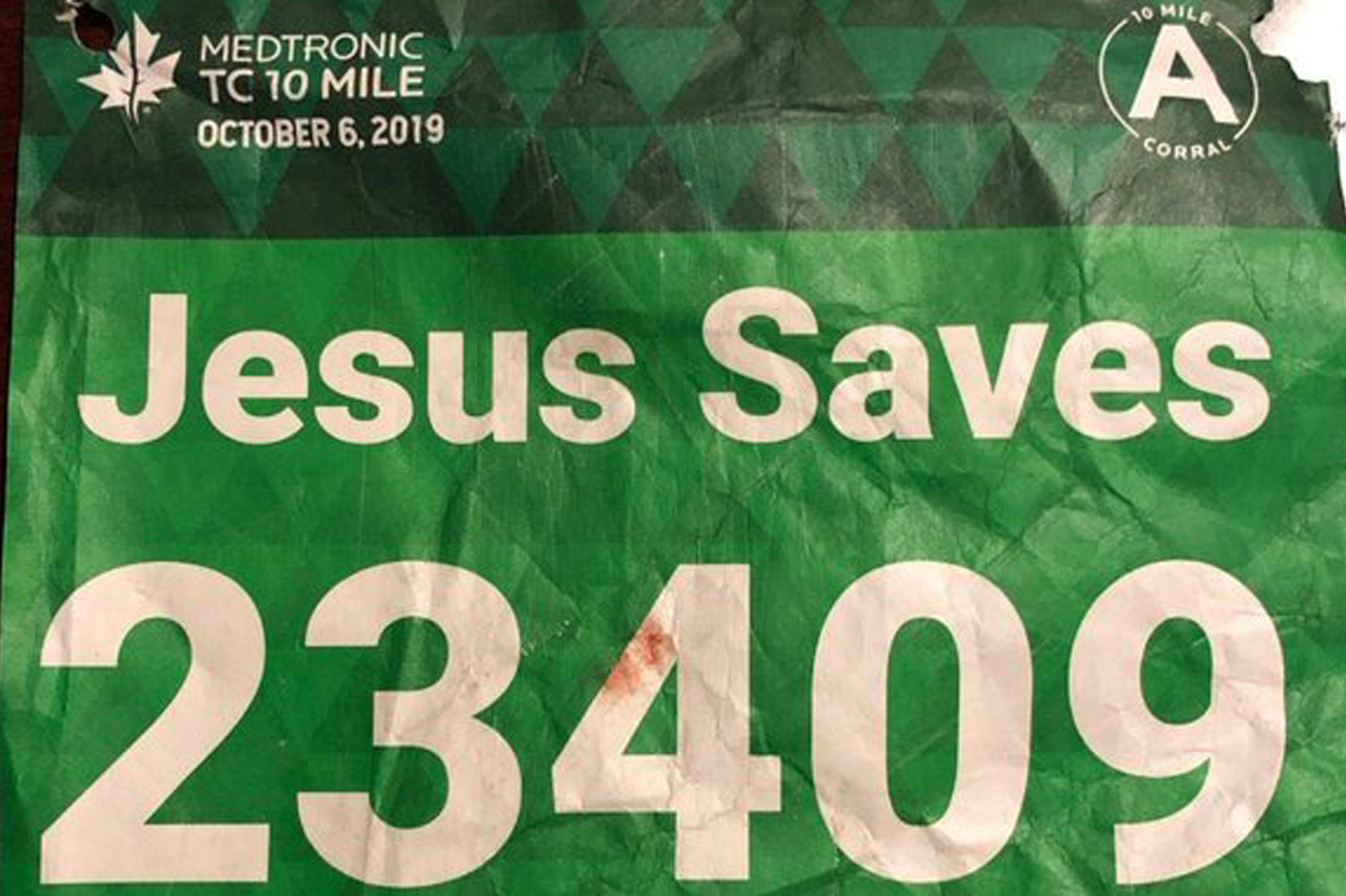 The special message adorned on his bib turned out to be a truth-fulfilling prophecy as he was rescued by Jesus Bueno.

The registered nurse anaesthetist was fortunately running right behind Moon – and promptly saved his life.

Bueno and other qualified medics performed chest compressions and helped Moon with his breathing until an ambulance arrived.

Moon told Fox News in America: "So, before the race, my name was originally on the bib.

"One day I got a thought – I thought it was from God and that it should be a profession of faith – and changed it to 'Jesus Saves,' so that another runner or someone in the audience would see it…that Jesus saves us for eternity.

"When I originally put 'Jesus Saves,' I was hoping that it would help people at the race and in Minneapolis.

"I had no idea how far it would go and how it would impact the world.

"That's just something I never expected but God's plans are way greater than anything that I could ever think of."

Prior to the race, Moon said he felt fine.

Moon suffered a cardiac arrest, concussion and broken bones in his face caused by his subsequent fall.

He added: "Thank you to everyone who helped me and thanks to all the runners who stopped and saved my life.

"I believe God placed all those people there at the right time and the right place for His glory.”

Moon will now give his mended heart to his fiancee Amy Greene.

They are due to get married in January.
Celtic fan falls over advertising board after winner against Lazio