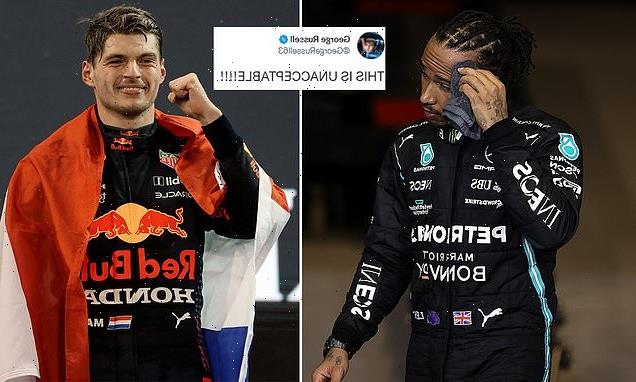 Formula One driver George Russell led an extensive backlash over the circumstances which allowed Max Verstappen to dramatically steal the World Championship title in the final lap of the Abu Dhabi Grand Prix on Sunday.

Hamilton’s future Mercedes team-mate was shocked at the rule change which sensationally allowed Verstappen to suddenly make up lots of ground on leader Lewis Hamilton, and eventually overtake him to grab the championship.

Russell tweeted: ‘THIS IS UNACCEPTABLE!!!! 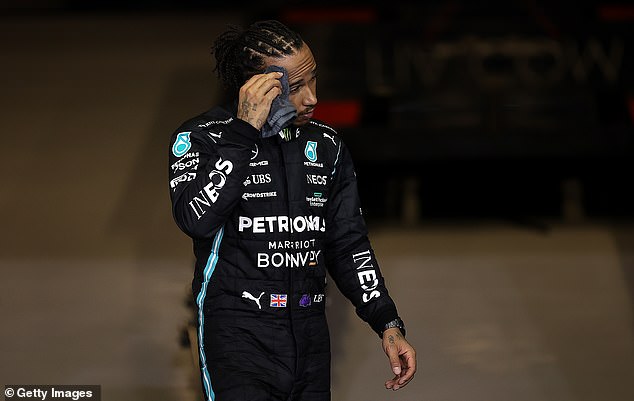 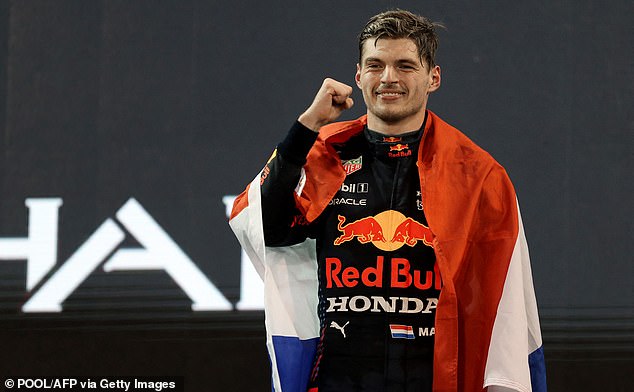 ‘Max is an absolutely fantastic driver who has had an incredible season and I have nothing but huge respect for him, but what just happened is absolutely unacceptable. I cannot believe what we’ve just seen.’

Piers Morgan added: ‘I don’t know what I’ve just watched but it can’t be right. Hamilton’s been robbed, surely? #F1’

Former footballer Jermaine Jenas said: ‘You know what as much as I love @F1 there’s so much crap they need to sort out! That was a complete robbery for @LewisHamilton’.

Several pundits, journalists and public figures expressed their shock and anger on Twitter

Jonathan Liew said: ‘This is what happens when a sport decides to turn itself into scripted entertainment. rules stop being rules. the only guiding principle is what sells the product,’ while fellow journalist Ed Aarons added: ‘What a farce in the F1 by the way. Talk about manufacturing drama…’

Presenter Dan Walker added: ‘Whoever you wanted to win… that is an absolute farce of a finish #F1Finale’.

Former Tottenham midfielder Micky Hazard said: ‘I have to say that is disgusting what’s happened in the F1. I’m disgusted the organisers should be ashamed they changed the rules from the rest of the season disgusting,’ while another user posted: ‘Congrats to Michael Masi for deciding the F1 world title.’

Scores of racing fans also took to Twitter to express their condemnation and anger after the race.

And scores of fans vented their frustration at the situation on Twitter, some alleging ‘cheating’

One said: ‘The FIA just committed armed robbery on Hamilton. How was that allowed. They didn’t even allow all the lapped Cars to unlap themselves. Only the ones between Hamilton and Verstappen.’

A second tweeted: ‘I’ve never been more disappointed with the F1 – the best driver won…. No they didn’t…. Who won was someone who got lucky with an incident. What a joke F1, what a joke. #FormulaOne #F1Finale #F1’

Another said: ‘Drive to Survive’ made F1 big from an entertainment perspective so the governing body decides to fix the end of this race purely for entertainment. The only way to beat the best driver in the sport’s history is through blatant cheating.’

A fourth posted: ‘I’ve never seen anything so dodgy in sport. An absolute stitch up,’ with another adding: ‘FIA the entire season were a complete joke. Get rid of Michael Masi immediately.’