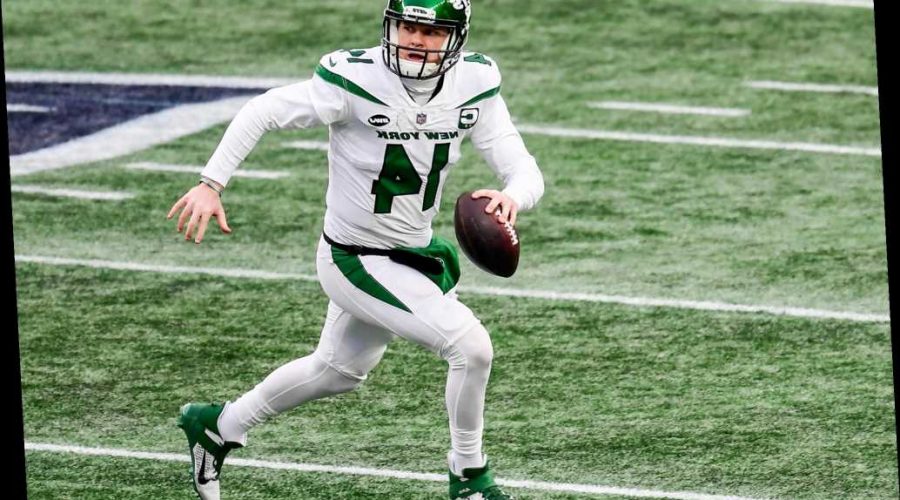 Adam Gase was a Jets mistake from the start

Here’s who could become next Jets head coach

The Jets made one big decision about their future on Sunday night when they fired Adam Gase. Another major decision this offseason is what to do at quarterback.

Sam Darnold, the current quarterback, reiterated Monday that he wants to stay with the team.

“I said it once I got here, I want to be a Jet for life,” Darnold said. “I love the people here. I love living here. I want to turn this thing around. I believe that we can. There’s going to be a lot of work involved in that. We all know it’s a process. We’ve got great people in the organization, great people in the locker room. It’s a work in progress, but I definitely want to stay here hopefully for the rest of my career.”

Darnold finished 35 out of 35 qualifying quarterbacks in passer rating this season at 72.7. He threw nine touchdowns and 11 interceptions in 12 games. The Jets have the No. 2 overall pick and could use it on a quarterback, which would most likely lead to trading Darnold.

Gase was hired in 2019 to bring out the best in Darnold. Instead, Darnold took a big step back this year and that is a big reason why Gase was let go.

The Jets are 13-35 in Darnold’s three seasons with the team. Darnold said the losing is getting old.

“It sucks. No one likes losing. Quite frankly, I’m tired of it,” Darnold said. “But I think for us it really is about putting your head down and going to work every day. That’s really all we can do. It’s about putting it together for all four quarters in a football game. We haven’t done that enough. If we do that, we can be a really good football team. We can be a winning football team.”

Darnold, who missed four games with a shoulder injury, said he does not believe he needs surgery on the shoulder and plans on resting it for the next few weeks to let it heal before beginning offseason training.

Darnold liked working with Gase and was sad to see him fired.

“Obviously when things like that happen, you just think about him and his family and everything they could be going through right now,” Darnold said. “With Adam, he’s been great ever since I’ve been here in terms of helping me out right when he got here, just the relationship we have built through these last couple of years has been very special. It’s obviously sad news just thinking about him and his family and wishing him nothing but the best moving forward.”