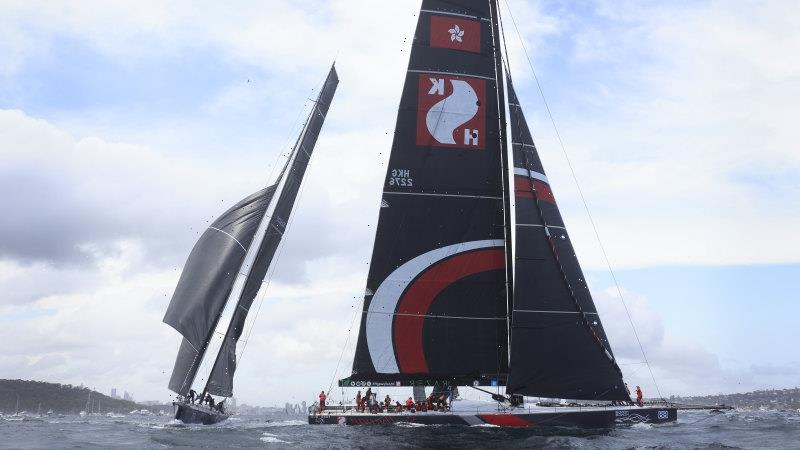 Hong Kong super yacht Scallywag has found an early lead in the Sydney to Hobart by winning the race out of the headlands as the Boxing Day race finally got under way.

After 24 hours of uncertainty due to COVID-19, an 88-boat fleet raced out of the harbour after the starting gun at 1pm with super maxi trio LawConnect, Black Jack and Scallywag all vying to win the first stage of the race.

As the signal boat sounded the alert for one minute remaining, Scallywag skipper David Witt tacked into the strong winds to get a jump on his competitors. The manoeuvre worked with Scallywag winning the race out of the harbour.

The fleet was reduced to 88 just minutes before the race after a crew member onboard Vamp was identified as a close contact of a positive COVID case.

Vamp became the fifth boat in the 24 hours before the race to withdraw.

Jim Cooney, who won the race in 2019 with Comanche, had to withdraw his boat Willow last-minute on Christmas Day after four crew members returned positive tests. 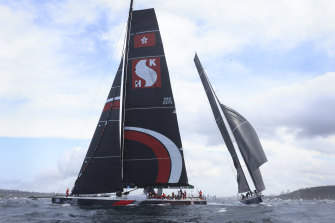 Scallywag has led the yachts out of the harbour.Credit:Getty

The Maverick 49, owned by Quentin Stewart, also withdrew on Saturday due to COVID-19 concerns with Protagonist pulling out early Sunday morning after recording one positive test within the crew.

Min River was also forced to pull out after its skipper suffered a hand injury.