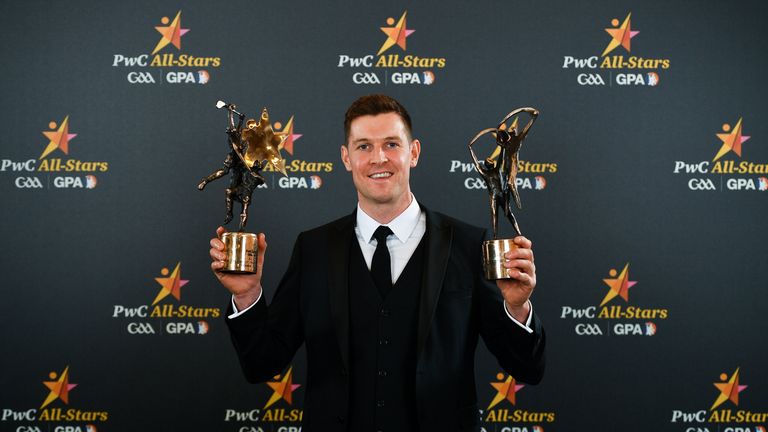 Seamus Callanan’s 2019 nomination was his fourth for the Hurler of the Year award, but unlike in 2014, 2015 and 2016 when he was left disappointed on the night, he took the top honour on Friday evening.

The Drom-Inch star scored a goal in all eight of Tipperary’s games in the 2019 championship, as he captained the Premier to their third title of the decade.

“It’s very special, to be honest,” he beamed. “You have your team goals and they’ll always be your priority. But, look, to win an award like this, there’s no point saying anything else, it is huge. And it’s very special, you’ll always have it.

“For your family as well, the recognition means a lot. They’re obviously very proud of you anyway no matter what happens, whether you win these things or not, this is all bonus territory after winning the All-Ireland [final], basically. But it is very special and they’re very proud. They love their hurling as well and to be able to see me captain Tipperary and to win these awards is very special for them.”

It capped off a remarkable return to the top of the game for Callanan and Tipperary. The Premier marksman missed the first half of the 2018 after undergoing back surgery.

“After I got my back surgery you were always hopeful you’d get back to a level,” he explained. “But, you know, you were constantly battling a bit of pain too and trying to get back to that level.

“This time last year, to be back winning an All-Ireland final and to win a Hurler of the Year, it might have seemed a distant dream. Look, it’s great to have done it now. Just to be here again back at this, and we have seven players who have All-Stars, it’s just been a great year and this tops it off too.” 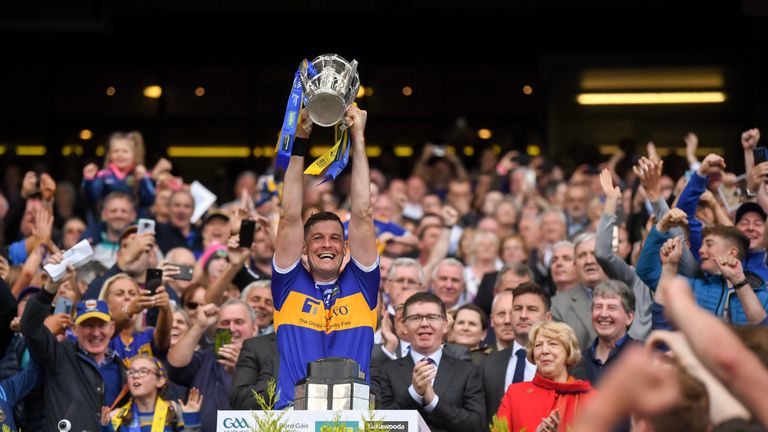 “This time last year, to be back winning an All-Ireland final and to win a Hurler of the Year, it might have seemed a distant dream”

It was a long road back to the top

Behind the scenes, it took countless hours to rehab and return to the top of his game, and Callanan watched team-mate Brendan Maher similarly dig deep to work his way back after a cruciate injury.

“When you do get the rewards of it, you see Brendan Maher what he came back from, you know, and the shape he had himself in this year, I’ve never seen him in as good a shape after coming back from that injury,” Callanan noted.

“When you think about the extra hours that people like that had to put in to getting back at a level where they’re even able to play, never mind perform the way he has, it just really puts into perspective the commitment and the ambition and hard work that people do put in to get there.” 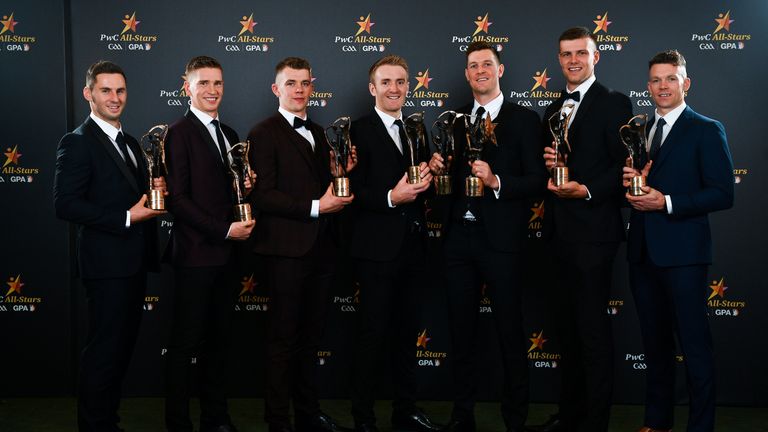 It was a remarkable season for the team, after many pondered if they were too old to return to the sport’s summit.

“It’s funny. During the League you would hear things like, ‘Ah, they’re an ageing team, the legs are gone’,” Callanan smiled.

“Then I suppose you look around and you have myself, Brendan, Padraic [Maher], and Noel [McGrath] of the older age-group picking up All-Stars.