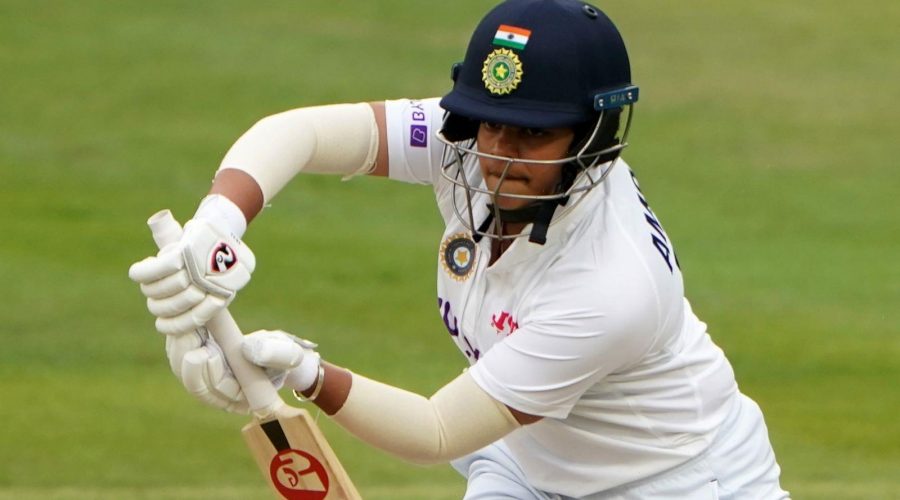 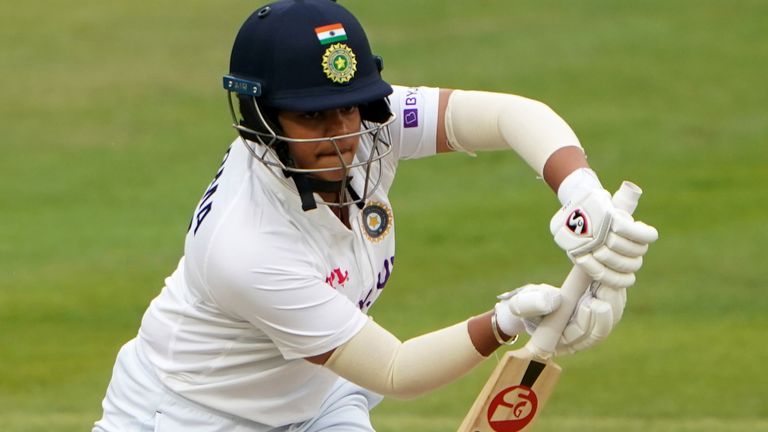 England remain in control of the LV= Insurance Women’s Test against India, despite Shafali Verma creating another slice of history on a rain-affected day three at Bristol.

Heather Knight’s side had the momentum following their late heroics on day two, and they pressed home their advantage in a frantic start to Friday’s play, enforcing the follow-on after bowling India out for 231.

However, Verma (55 no) and Deepti Sharma (18 no) steadied the ship for the visitors before the rain intervened, as India closed on 83-1, trailing by 82 runs.

Verma stole the headlines on day two with an inspired 96, and she continued to re-write the record books with another sublime innings; displaying all the class and poise of a seasoned veteran.

The 17-year-old became the youngest woman to score back-to-back 50+ scores on her Test match debut, and her decorated compatriot Sachin Tendulkar is the only man to have achieved the feat at a younger age.

Sharma was elevated up the order after finishing the first innings unbeaten on 29, and she provided an effective foil for the teenage sensation to preserve India’s hopes of avoiding defeat at the County Ground.

Sophie Ecclestone (4-88) was the star of the show in the morning session, ripping through India’s middle-order with a terrific burst, before Anya Shrubsole (1-18) and Katherine Brunt (1-42) opened their accounts after going wicketless on day two.

England’s charge was halted by Verma’s brilliance and the adverse weather conditions in Bristol, but with 108 overs available on the fourth and final day, they remain in pole position to claim a first Test victory over India on home soil. 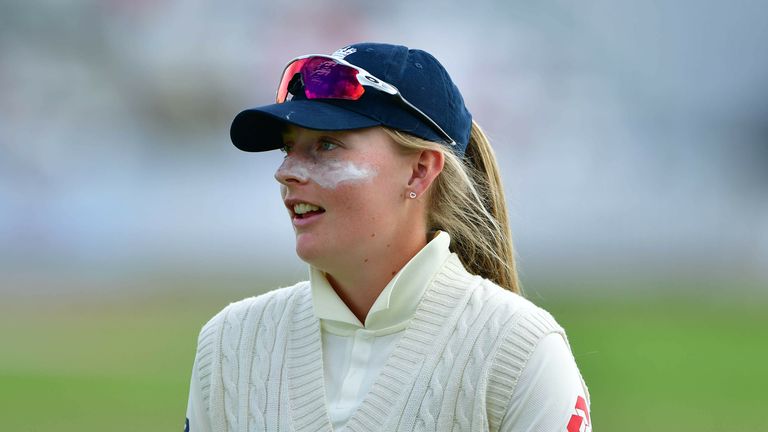 India were in a position of authority at 167-0 during yesterday’s evening session, but an extraordinary capitulation saw them resume on 187-5, and their woes were compounded when England exposed further frailties in their middle-order.

Harmapreet Kaur (4) was handed a reprieve by DRS yesterday evening, although it led to her demise as Ecclestone struck with her first ball of the day; trapping the India vice-captain in front with a full delivery.

Taniya Bhatia succumbed in almost identical fashion in Ecclestone’s next over, and the left-armer claimed her third wicket of the morning with a superb delivery that caught Sneh Rana’s outside-edge, with Amy Jones claiming a sharp reflex catch at the second attempt.

This left India floundering at 197-8, but Pooja Vastrakar underlined her credentials with the bat, providing spirited resistance alongside Sharma (29 no). 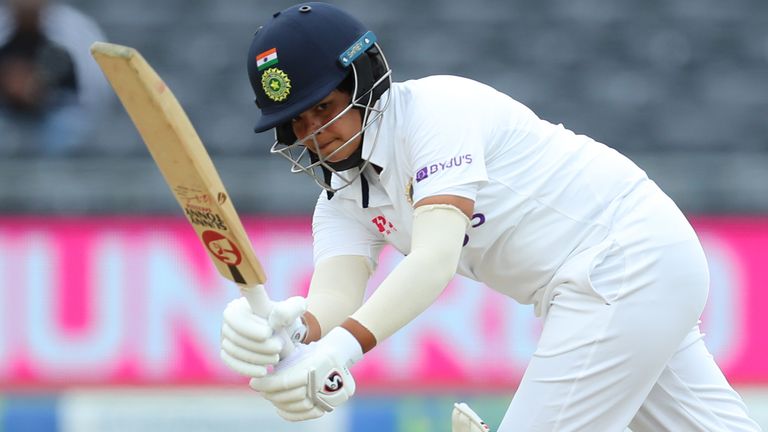 The pair put on 33 for the ninth wicket to stifle England, but the hosts wrapped up the innings within two overs of taking the new ball, as Brunt and Shrubsole clean bowled Vastrakar and Goswami in quick succession.

Heather Knight opted to enforce the follow-on with India trailing by 165 runs, yet Verma was completely unfazed; dispatching Brunt and Shrubsole to the boundary with effortless ease as India raced to 29-0 from four overs.

Nevertheless, England made the all-important breakthrough on the stroke of lunch as Smriti Mandhana (8) failed to back up her elegant first innings knock; edging a full-length delivery from Brunt to Nat Sciver at second slip.

Having been promoted to No 3, Sharma made a circumspect start after the interval, claiming the solitary single from her first 44 balls.

This approach was in stark contrast to the fluency on display from Verma, but Sharma emerged with renewed intent following a brief rain delay, and the pair had added 54 for the second wicket before the heavens opened once more, which brought a close to the day’s action.

Live coverage of the Women’s Test between England and India continues on Sky Sports Mix from 10.45am on Saturday.