SHAMELESS Valencia have tried to blame Arsenal for their own supporters’ racism.

A travelling Valencia fan was filmed making a Nazi salute and monkey gestures during Thursday’s Europa League semi-final at the Emirates. 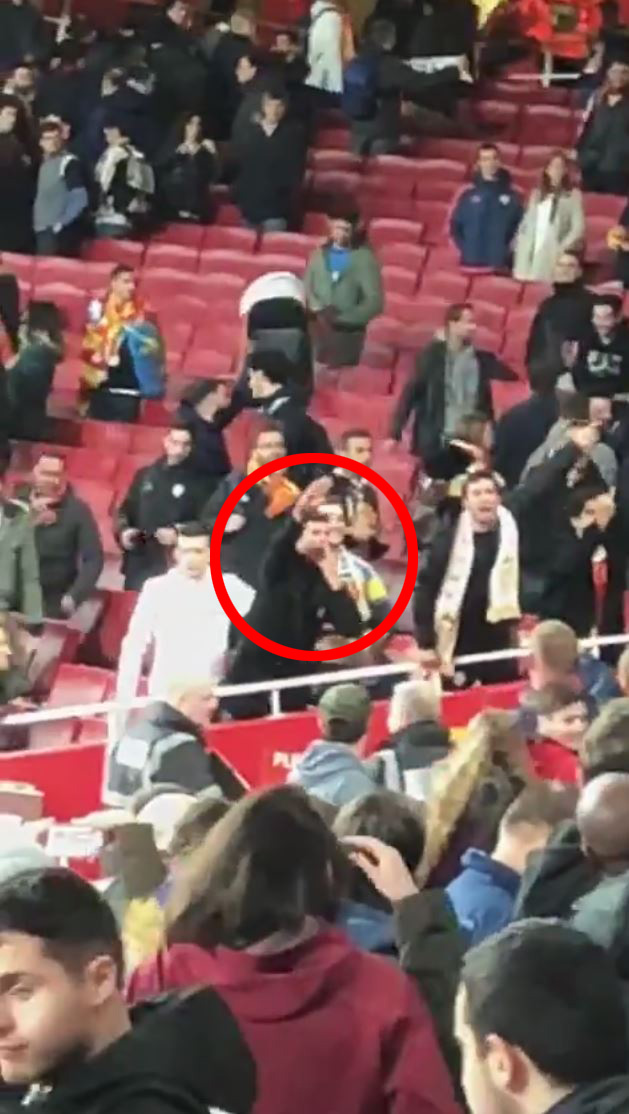 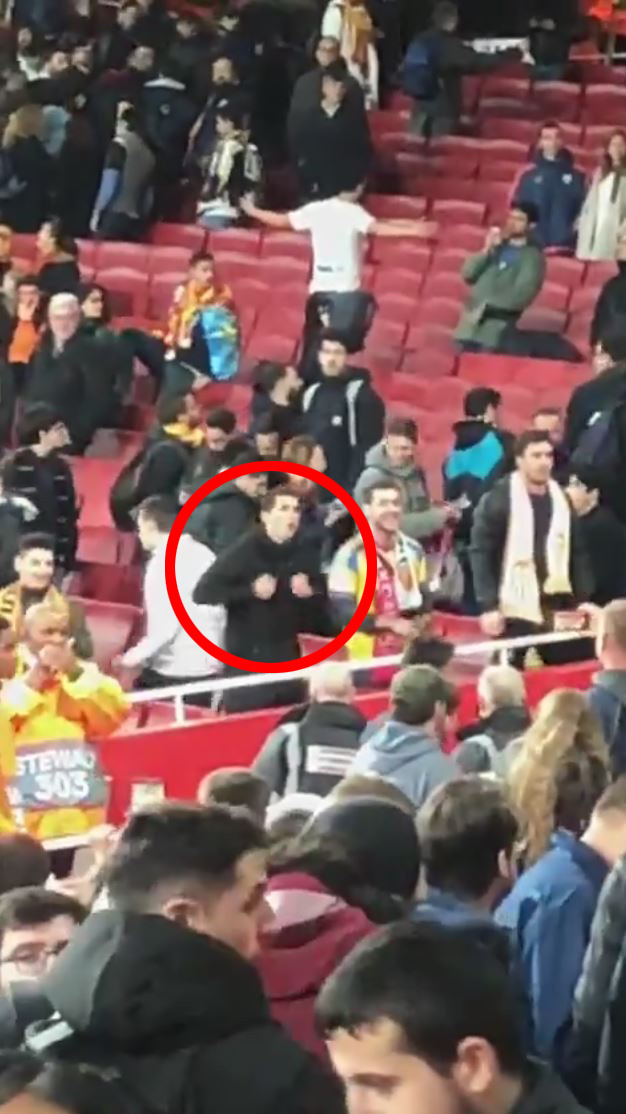 And while the Spanish club have condemned the individual’s disgusting behaviour, they also suggest that he could have been responding to provocation from home supporters.

In a carefully worded club statement, a Valencia spokesman said: “Although these attitudes are absolutely unjustifiable, we are trying to obtain information about possible provocations prior to the verbal and gestural confrontation between people from the home and visitor stands.

“The isolated gestures of people located in the visitors’ tier do not represent the Valencian fans in any way.

“Valencia FC condemns and expressed its strongest repulsion and zero tolerance for such behaviour.

“In contact with our legal services, we are working to identify the persons responsible with a view to taking corresponding disciplinary measures.

“To help us with this task, we are asking for the collaboration of the rest of the fans located in the same tier.”

Furious fans hit out at the astonishing statement.

One tweeted: "Valencia have released a statement where they condemn the footage, but then say they’re looking into whether the racists were provoked?!

Another blasted: "It's breathtaking. Valencia are literally, via an official statement, asking fans who were there to tell them if the Arsenal fans provoked the minority of idiots into making Nazi salutes and monkey gestures."

One added: "We can all agree calling out this behaviour is good, but from pro inclusivity to anti-Valencia very quickly undermines that. Tribalism is a scourge on football and things like the 2nd half of your statement are partly responsible for the inaction within it. Disappointing."

An Arsenal spokesman said: “We utterly condemn such behaviour and are working with Valencia on this.

“We continue to encourage fans to report incidents and provide witness statements so effective action can be taken.”

Thursday’s incident was the third case of racist behaviour at the Emirates this season.

A Spurs fans was fined and banned for throwing a banana skin at Arsenal striker Pierre-Emerick Aubameyang in December.

And a member of the crowd was filmed making racist comments about Napoli defender Kalidou Koulibaly last month.