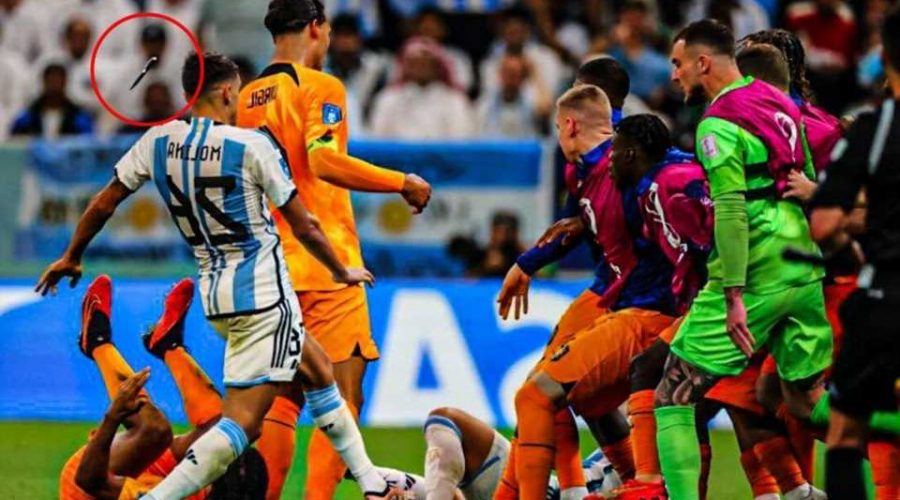 A PEN thrown at Argentina star Nahuel Molina appeared to come from the Netherlands bench.

The heated quarter-final clash between the two sides had a number of flare-ups. 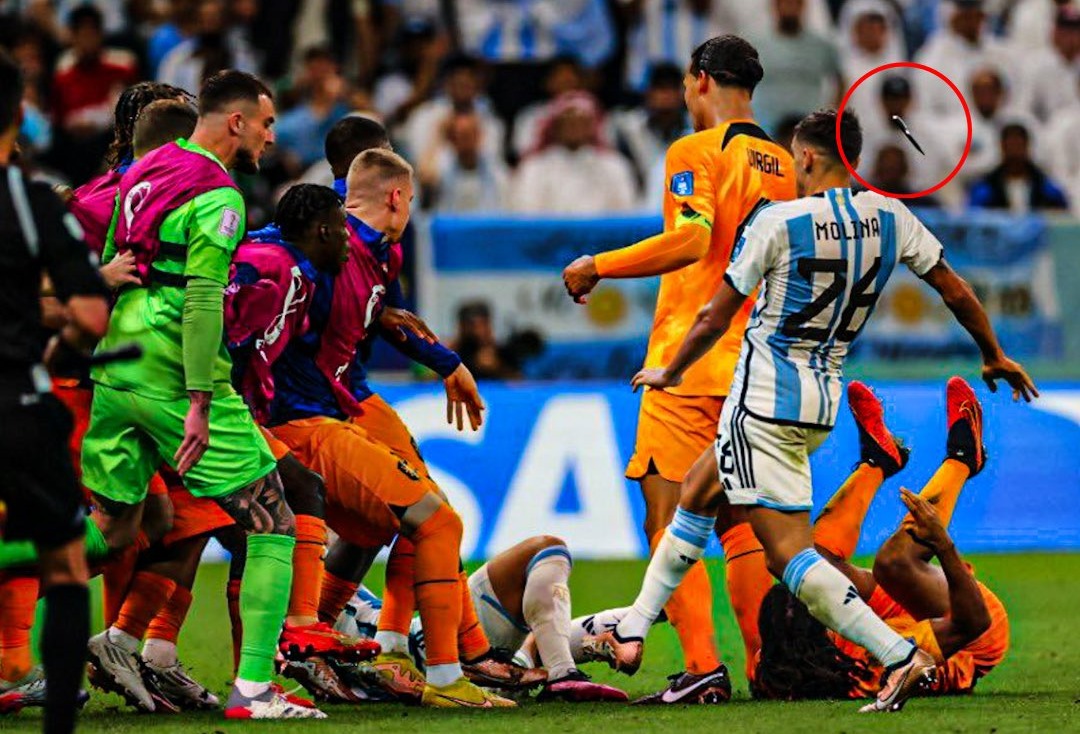 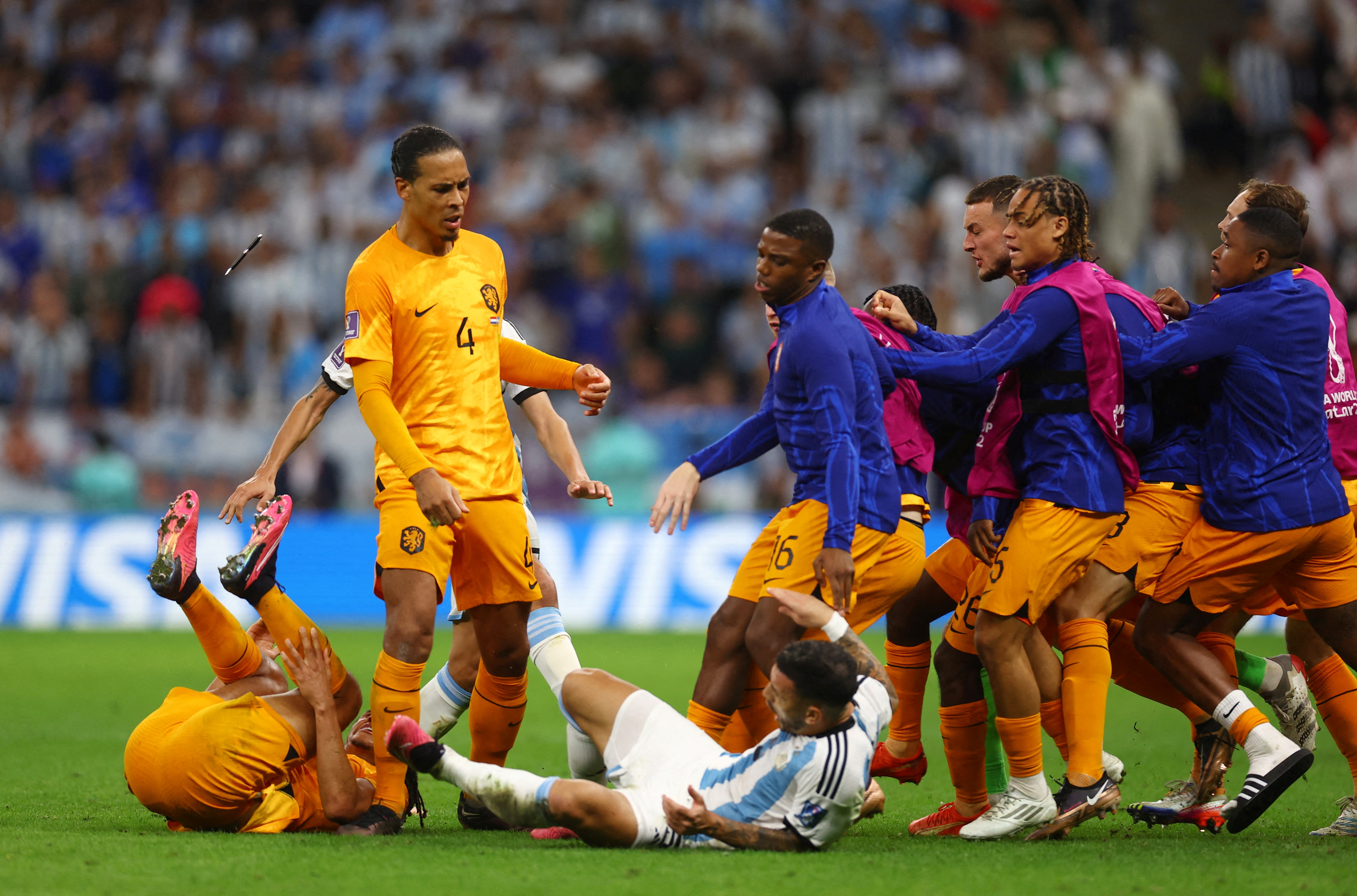 The biggest was caused by Leandro Paredes, who fired the ball towards the Dutch bench after fouling Cody Gakpo.

Virgil van Dijk rushed over and bundled the midfielder over as his team-mates stormed onto the pitch.

Nahuel Molina also intervened to defend Paredes and was almost struck by a pen.

The pen flew over his head and appeared to come from the direction of the substitute's bench and landed on the pitch. 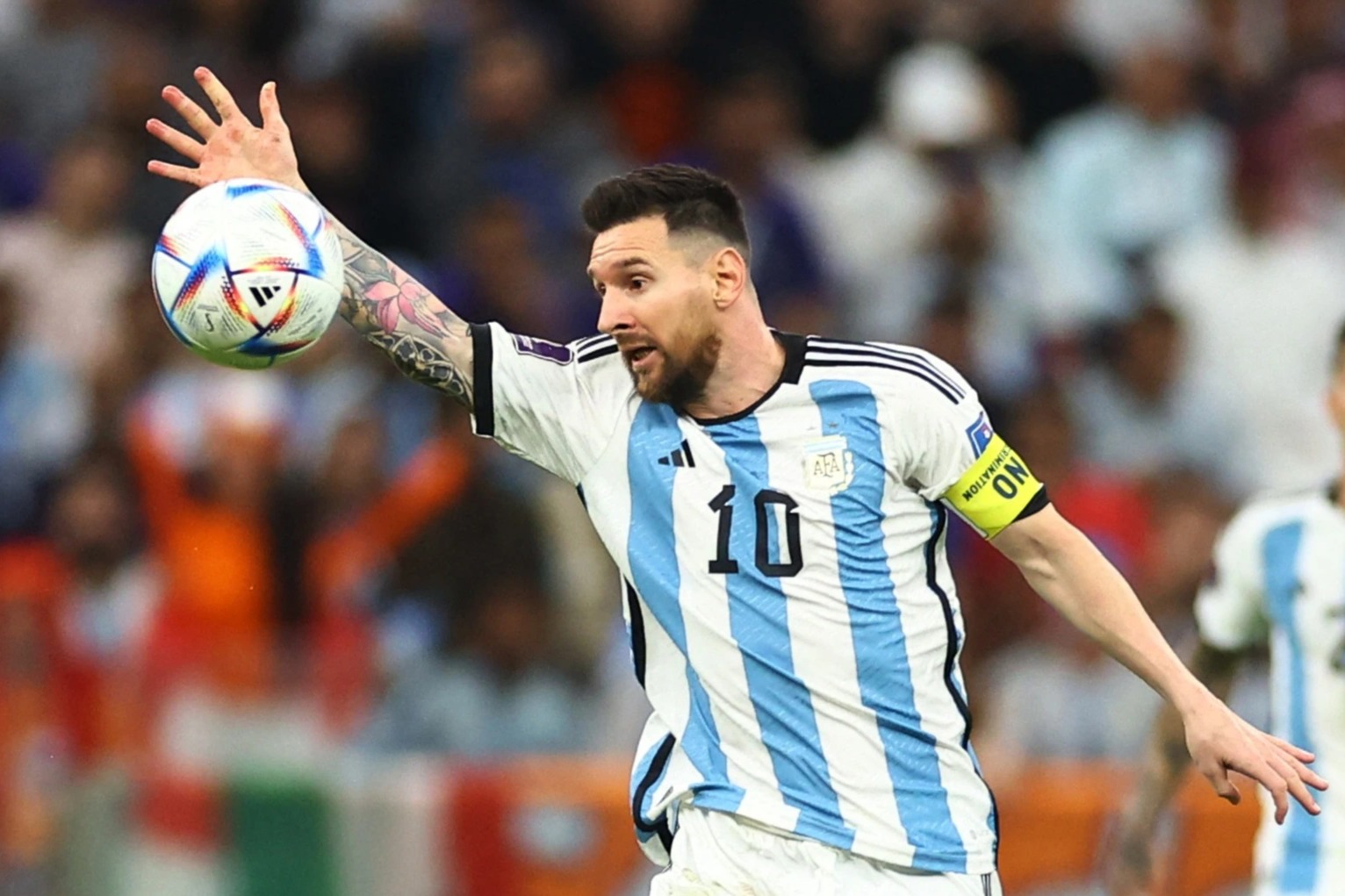 Fans claim Messi should have been SENT OFF after ‘deliberate handball’

There were several feisty moments in the game and referee Mateu Lahoz dished out 17 yellow cards in total – a World Cup record.

Messi was unhappy with the officiating and said of Lahoz after the game: "I think that Fifa cannot use this referee for this type of match because he is not up to the task."

Molina put Argentina in front in the first half after poking home from close range following a superb pass from Messi.

But the South Americans were forced through extra-time and a penalty shoot-out after Wout Weghorst struck twice late on.