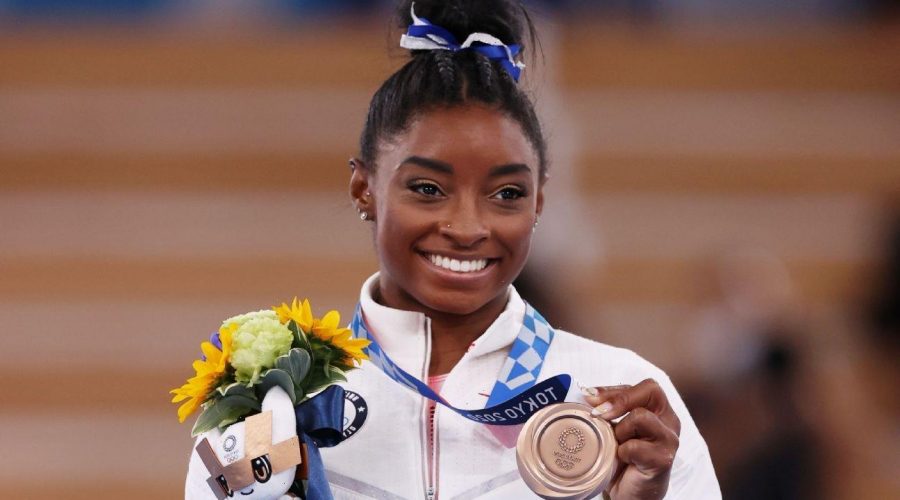 Simone Biles was not cleared to compete in any individual event apart from the balance beam, she said in an interview with NBC Sports’ Mike Tirico a few hours after winning the bronze medal in the individual beam event on Tuesday.

Biles, 24, who withdrew from the team final, the all-around and the individual vault, floor and uneven bars events earlier this week, said she worked with the International Gymnastics Federation’s doctor, Team USA’s doctor and a sports psychologist throughout the past week to determine if she was prepared — mentally and physically — to compete.

The doctors evaluated her every day, asking her how she was doing before and after practice, Biles said.

“When the all-round came, I was like, ‘Absolutely not, I don’t feel comfortable or safe going out there,'” Biles explained. She said she felt the same way before the vault event.

But with uneven bars, she actually felt hopeful when she went into practice, she said. But, she “still got lost in the air” before she came down and crashed. “We were like it’s not the best idea to do that,” she said.

With the floor event, she knew she couldn’t do it even before practice, she said. “Not happening because that’s where I twist the most on all of my passes,” she said.

For Biles to be cleared for the balance beam event, she said she had to downgrade her routine.

“I do usually twist in my beam dismount, but I downgraded it, and so I asked [coach] Cecile [Landi] if we could try a downgraded dismount that I probably haven’t done since I was 12 or 13,” she said, and smiled.

Biles ended her Tokyo Olympics run with a silver medal in the team event and a bronze in the balance beam, which put her medal tally at seven — tying the record for the most Olympic medals by an American female gymnast with Shannon Miller.

In the interview, Biles added that she’s had an outpouring of messages from mental health advocates — including Michael Phelps, Naomi Osaka and Oprah — and she said she felt happy and heard.

“I am going back home in one piece, which I was a little bit nervous about. It’s not how I wanted it to go, but I think we’ve opened bigger doors and bigger conversations,” she concluded.