SOCCER AID is back as the annual charity match kicks off this weekend.

And the game will see Wayne Rooney make his return to Old Trafford, with the Derby midfielder named as the England XI manager. 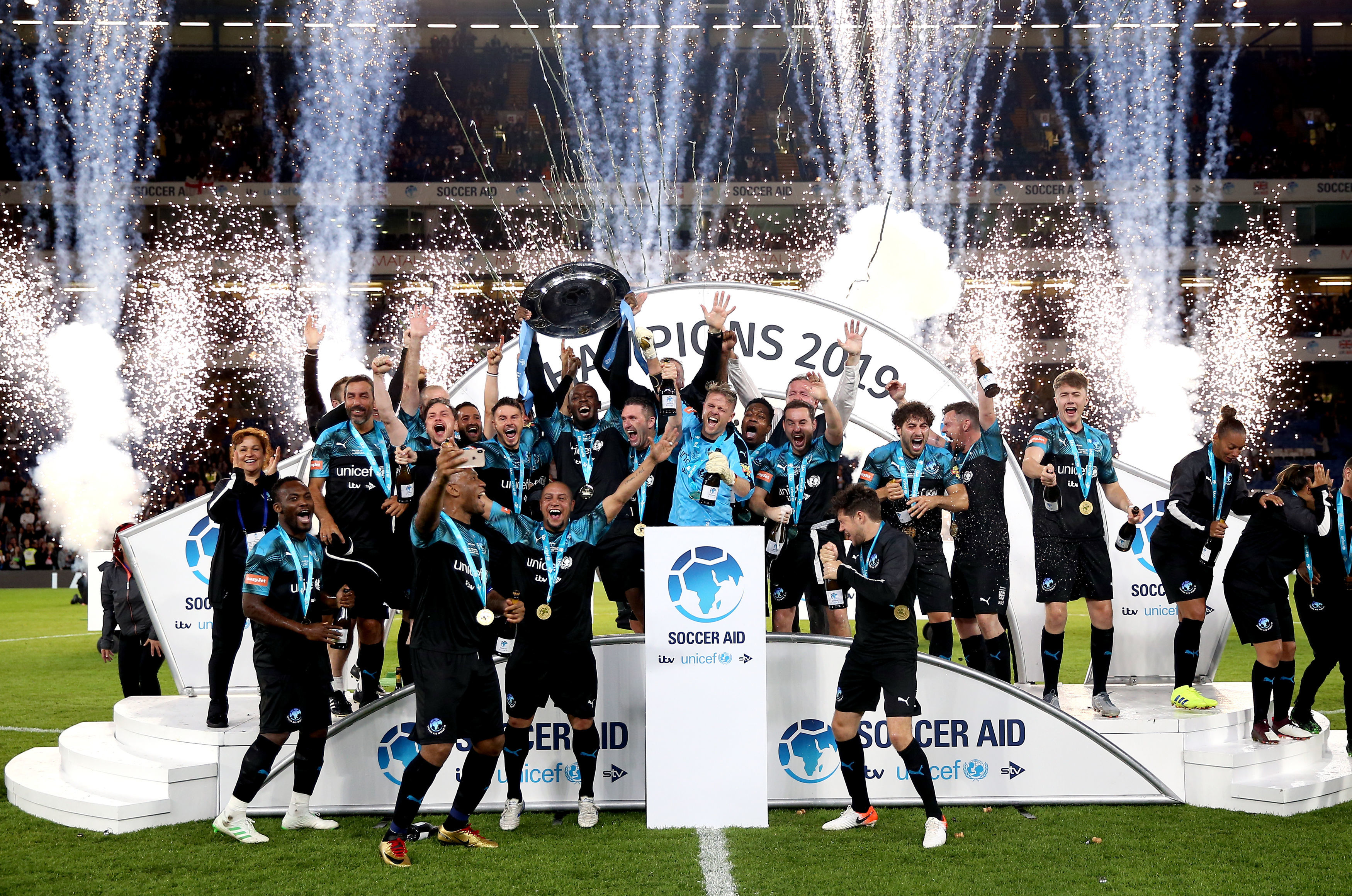 The match had originally been pencilled in for Saturday, June 6 – but will now take place on Sunday, September 6.

The game remains at Old Trafford, having spent just two years away from the Theatre of Dreams since it started in 2006.

There will be no fans in attendance because of the global coronavirus pandemic.

The game will also be able to be live streamed on the ITV Hub.

Soccer Aid for Unicef has raised over £38million since its inception in 2006.

Rest of the World XI

Soccer Aid in 2019 went right down to the wire as penalties were needed to settle the affair.

F2 Freestylers' Jeremy Lynch eased England into a 2-0 lead, before Usain Bolt pulled one back for Rest of the World just before half-time.

England looked to have been keeping their opponents back to see out a win, but 2017 Love Island winner Kem Cetinay levelled with seven minutes to go to send to extra time.

And it was ROW that came out on top with Cetinay firing home the winning penalty, much to the delight of coaching duo Harry Redknapp and Piers Morgan.

Dermot O'Leary, presenter: "It will be a little different this year with no crowds in the stadium but fans can still tune in on ITV and hopefully we’ll raise even more money to improve children’s lives around the world.”