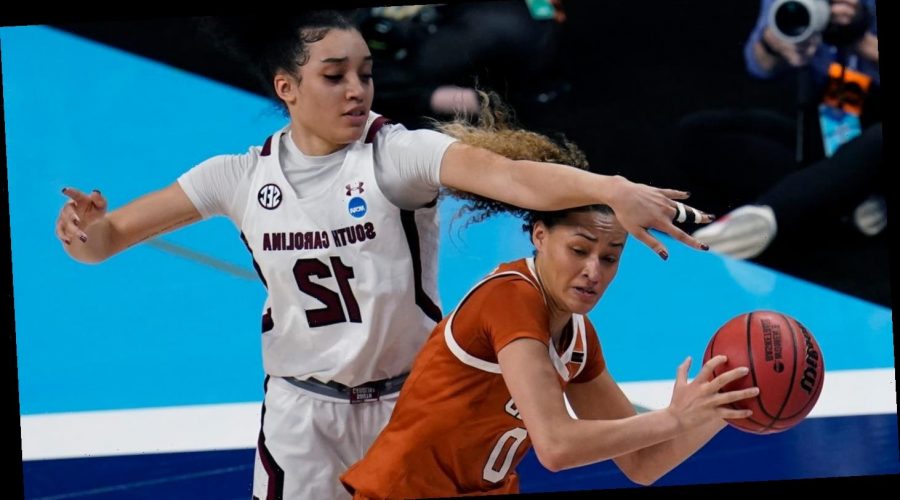 SAN ANTONIO — The details in the rivalry have changed, the result has not.

Dawn Staley and South Carolina got the upper hand on Vic Schaefer once again Tuesday night, routing sixth-seeded Texas 62-34 to reach the Final Four. The top-seeded Gamecocks will play the winner of Louisville-Stanford on Friday night.

This will be South Carolina’s third trip to the Final Four – all since Staley took over. The Gamecocks made it in 2015 and 2017, when they won their first national title.

Before being hired at Texas last April, Schaefer spent eight years at Mississippi State, and he and Staley had some epic battles for control of the Southeastern Conference. Staley got the best of most of them, including beating Schaefer’s Bulldogs for the SEC tournament title in 2016, 2017, 2018 and 2020, and, in the biggest prize of all, in the 2017 national championship game.

“I think we played 15 times and they were barn burners,” Staley, who is now 13-3 against Schaefer, said ahead of Tuesday’s game. “I always looked forward to playing Vic because of what he puts into game planning, scouting reports and scheming.

“Any game we played was a close match for us,” Staley added. “That’s why I look forward to it because I know what to expect.”

So did Schaefer, and it didn’t matter.

South Carolina was simply too good, too experienced for Texas, which was making its first Elite Eight appearance since 2016. The Gamecocks had a double-digit lead midway through the first quarter, and brushed aside any attempt by Texas to rally. The Longhorns could not manage a field goal in the fourth quarter.

After Texas cut South Carolina’s lead to 24-17, Zia Cooke ran off seven points and Victaria Saxton scored on a layup, stole the ball on the other end and made another layup to cap a 13-2 run. Texas never got within double digits again.

Even Schaefer's trademark lockdown defense couldn't slow South Carolina, with the Gamecocks shooting a blistering 57 percent in the first half. South Carolina, meanwhile, harassed the Longhorns into 14 of 61 shooting (23 percent) and 15 turnovers, and had 14 blocks.