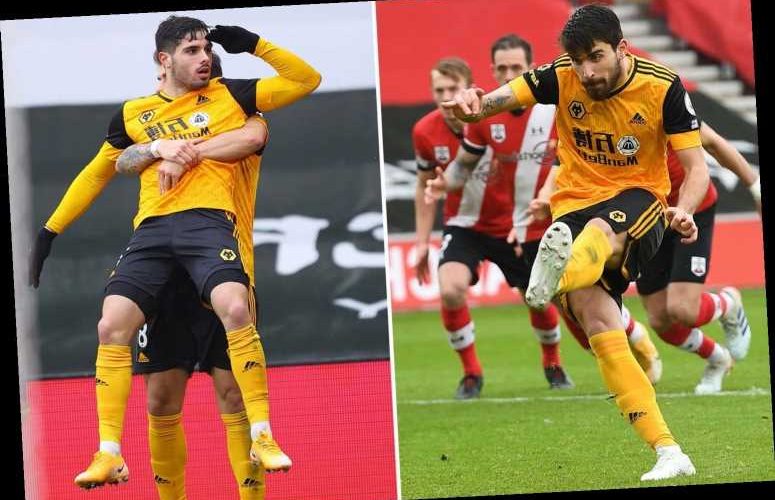 NUNO ESPIRITO SANTO is not the first fella on Valentine’s Day to rediscover the joy of six.

The Wolves boss was slammed by the club’s fans for making six changes to his side for their 2-0 FA Cup fifth round defeat at home to Saints on Thursday. 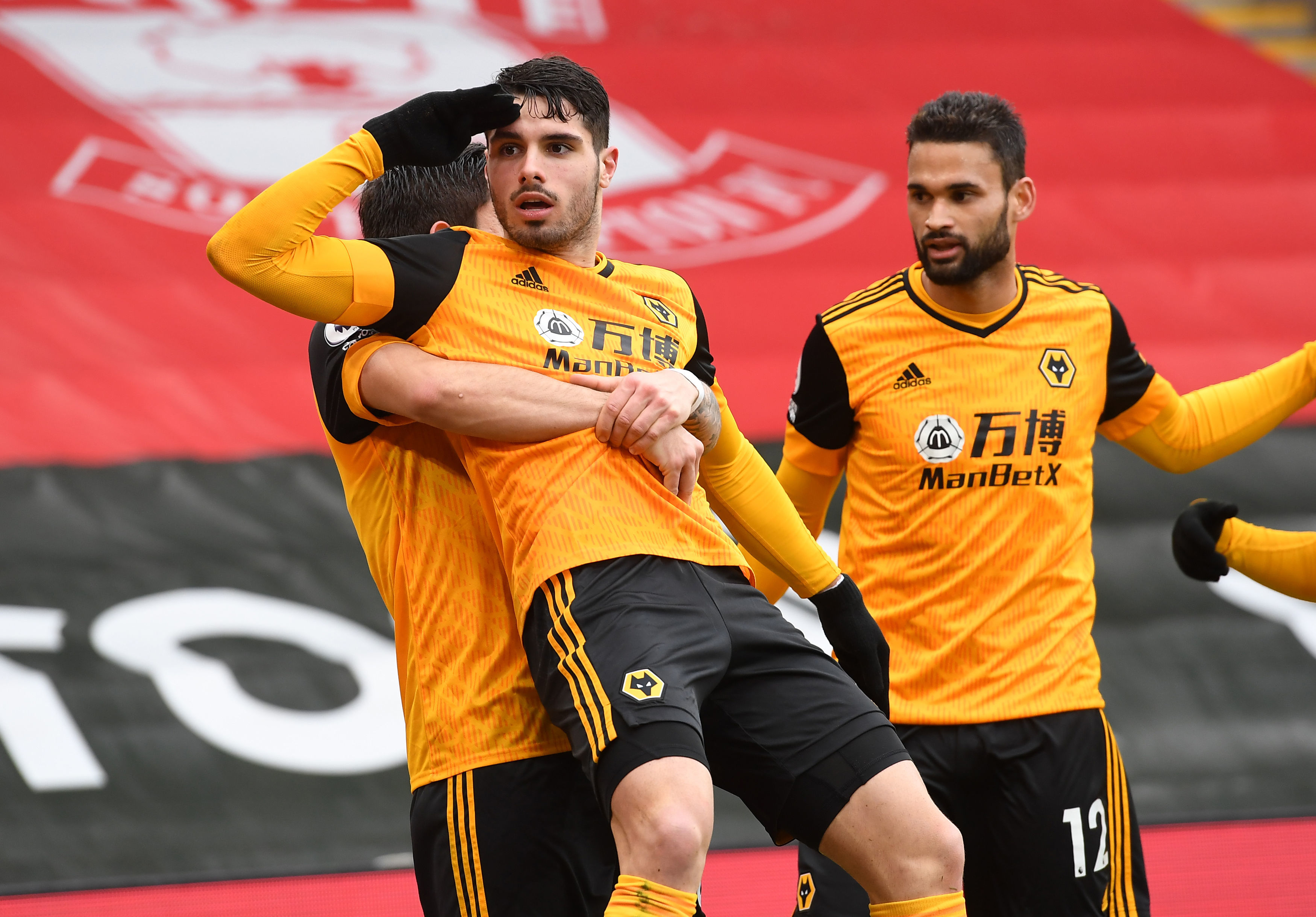 But his selection gamble paid off as after restoring those six stars to his line-up here, they completed an excellent second-half comeback to seal a much-needed Prem win.

It did not look that way in the first half, though, as woeful Wanderers trailed to Danny Ings’ thunderbolt volley.

But Nuno’s men looked a different proposition after the break and after Ruben Neves had levelled from the spot, Pedro Neto’s fine finish secured only their second win in 11 Premier League matches.

As for Southampton, it is now six straight Premier League defeats.

Despite their awful run you have to admire manager Ralph Hasenhuttl, his squad and their club.

Not many managers and players would be able to survive one 9-0 drubbing, let alone two.

And it is just as well that 12 days after their latest at Manchester United, they were spared another here – after all, nobody likes a massacre on St Valentine’s Day.

But when it comes to the time of year Cupid aims his arrow, Saints are the only team to play a Premier League match on Valentine’s Day and not receive a card. 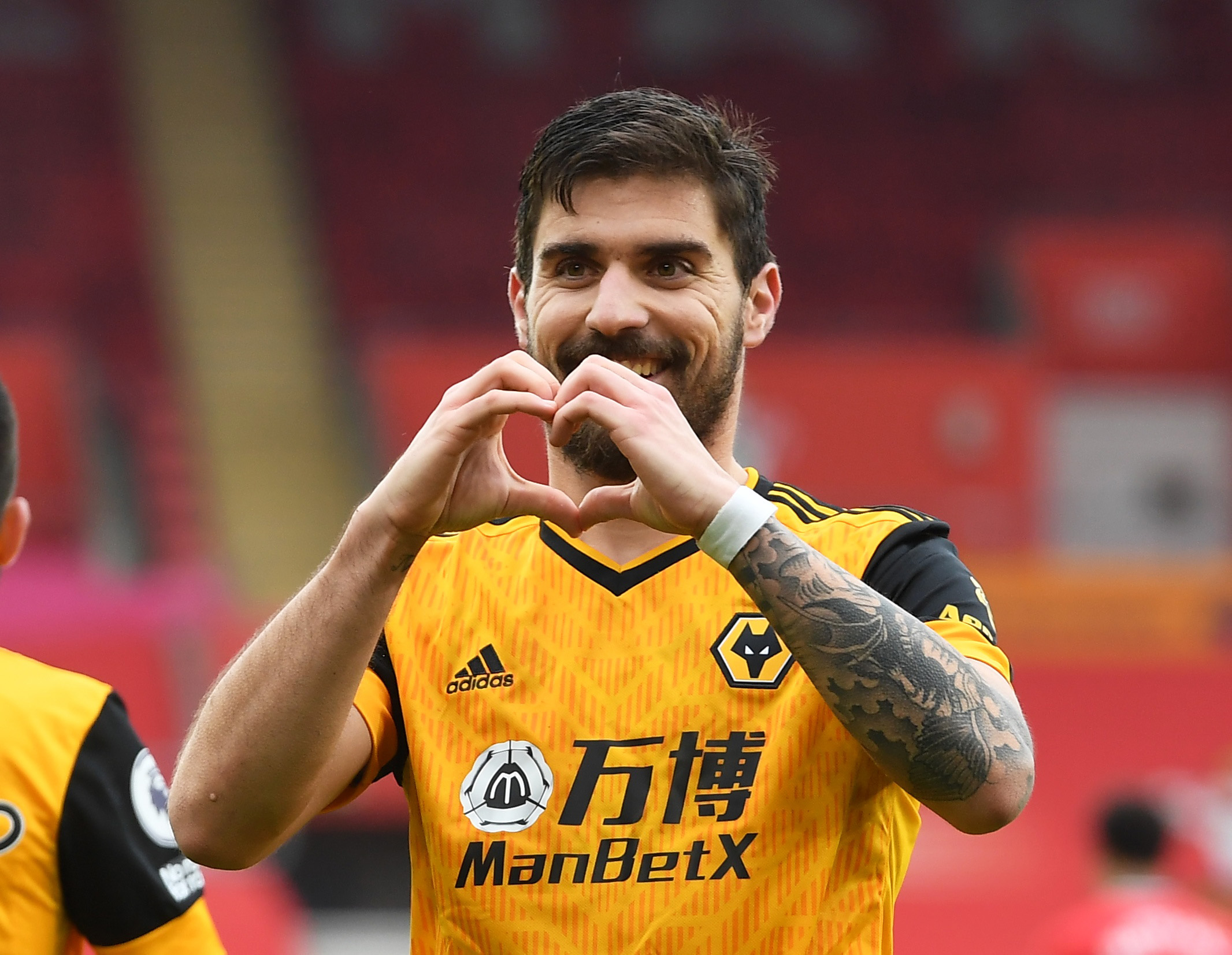 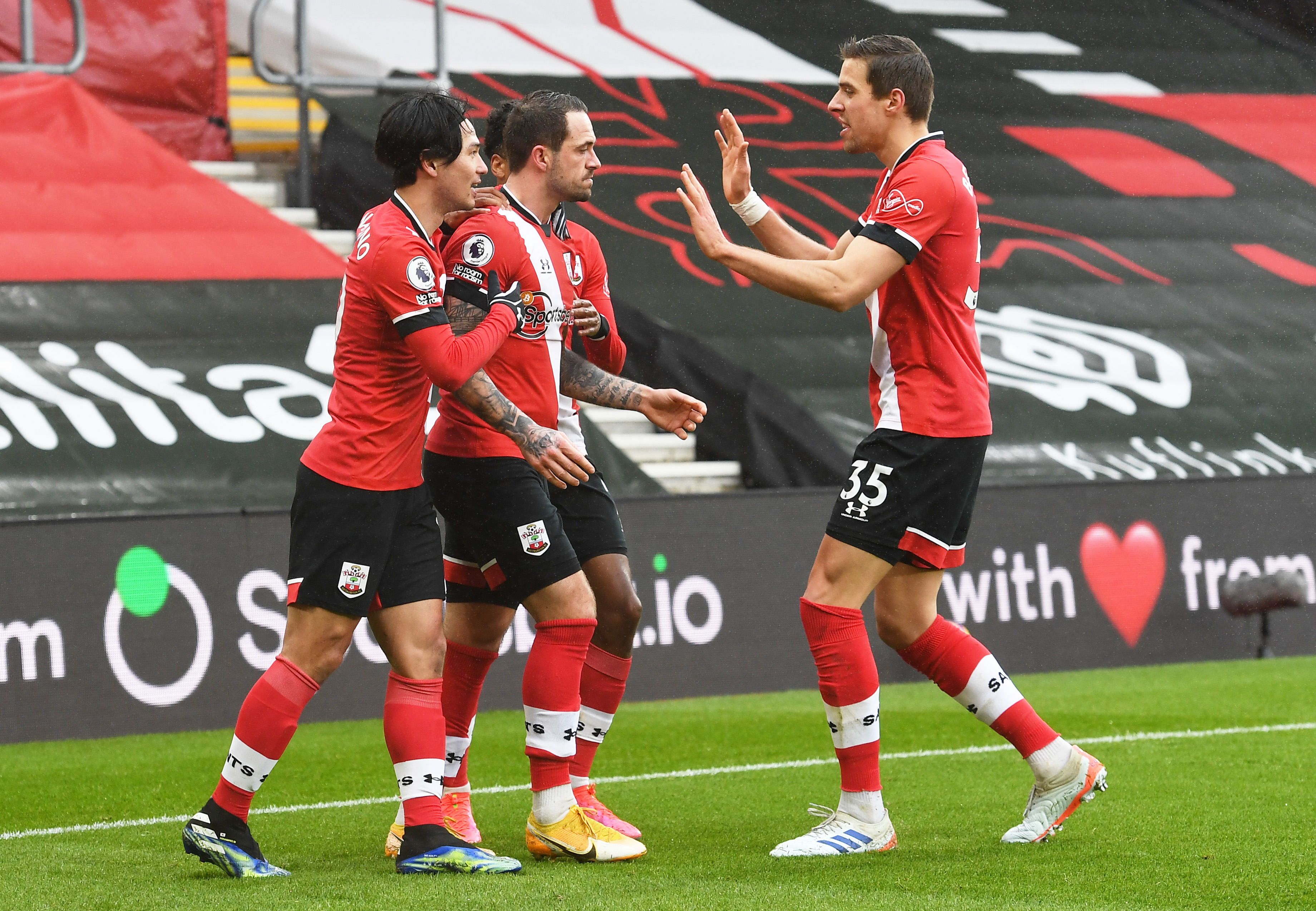 Yep, no Southampton was booked or sent off in their 4-2 win over Liverpool on the same day in 1994.

All other 15 teams to feature in a match in the Prem era have picked up at least one card.

Oriol Romeu’s 18th minute yellow card for a foul on Joao Moutinho – the first incident of note – ruined any chance of Saints emulating that feat here.

Nathan Redmond’s curling 25-yard shot was tipped away for a corner by Rui Patricio for a corner moments later as this dull encounter spluttered into life.

But nothing prepared us for the next piece of notable action in the 25th minute as Stuart Armstrong burst down the left and crossed the ball into the box for the incoming Ings, who volleyed it first time with his right foot into the far corner, giving Wolves keeper Patricio no chance whatsoever.

It was Ings’ ninth goal of the season and a forget-me-not to England boss Gareth Southgate ahead of next month’s World Cup qualifiers and this summer’s delayed Euro 2020 Finals.

But Southampton were unable to retain their advantage following the interval.

Neves levelled with a 53rd minute penalty after Nelson Semedo’s cross had hit Saints defender Ryan Bertrand on the arm in the box. 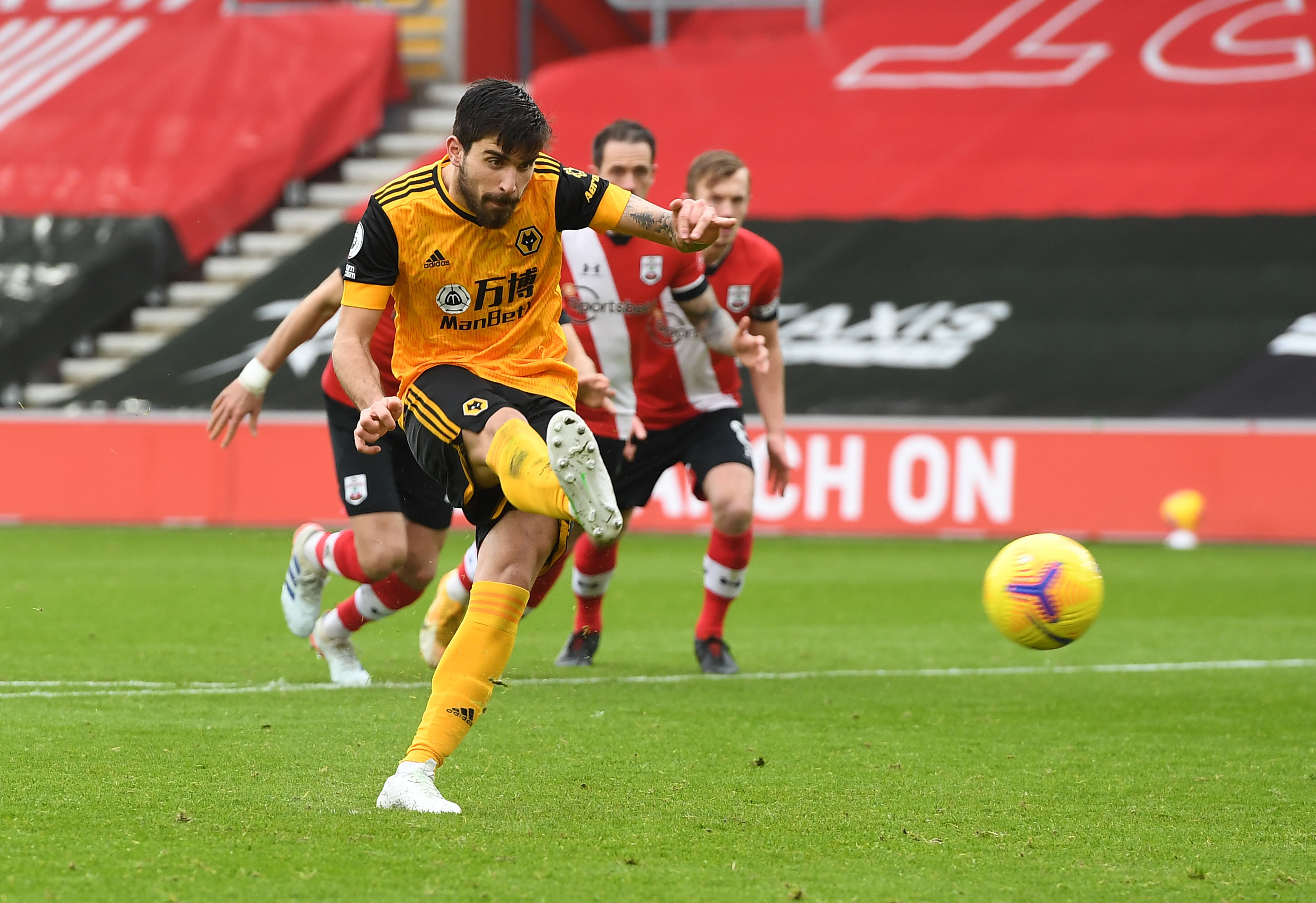 But Neto put Wanderers ahead in the 66th minute when he slotted home from a tight angle after Jannik Vestergaard allowed him to turn far too easily.

James Ward-Prowse had a shot saved and sub Che Adams headed wide as Saints pressed for an equaliser.

But Wolves hung on for a precious three points that sees them climb above the hosts in the top flight table.

Southampton took the lead after Danny Ings broke the deadlock just 25 minutes into the match.

But Nuno's half-time team talk appeared to work as Wolves were a different side after the interval.

Ruben Neves scored from the spot before Pedro Neto doubled their tally in the 66th minute. 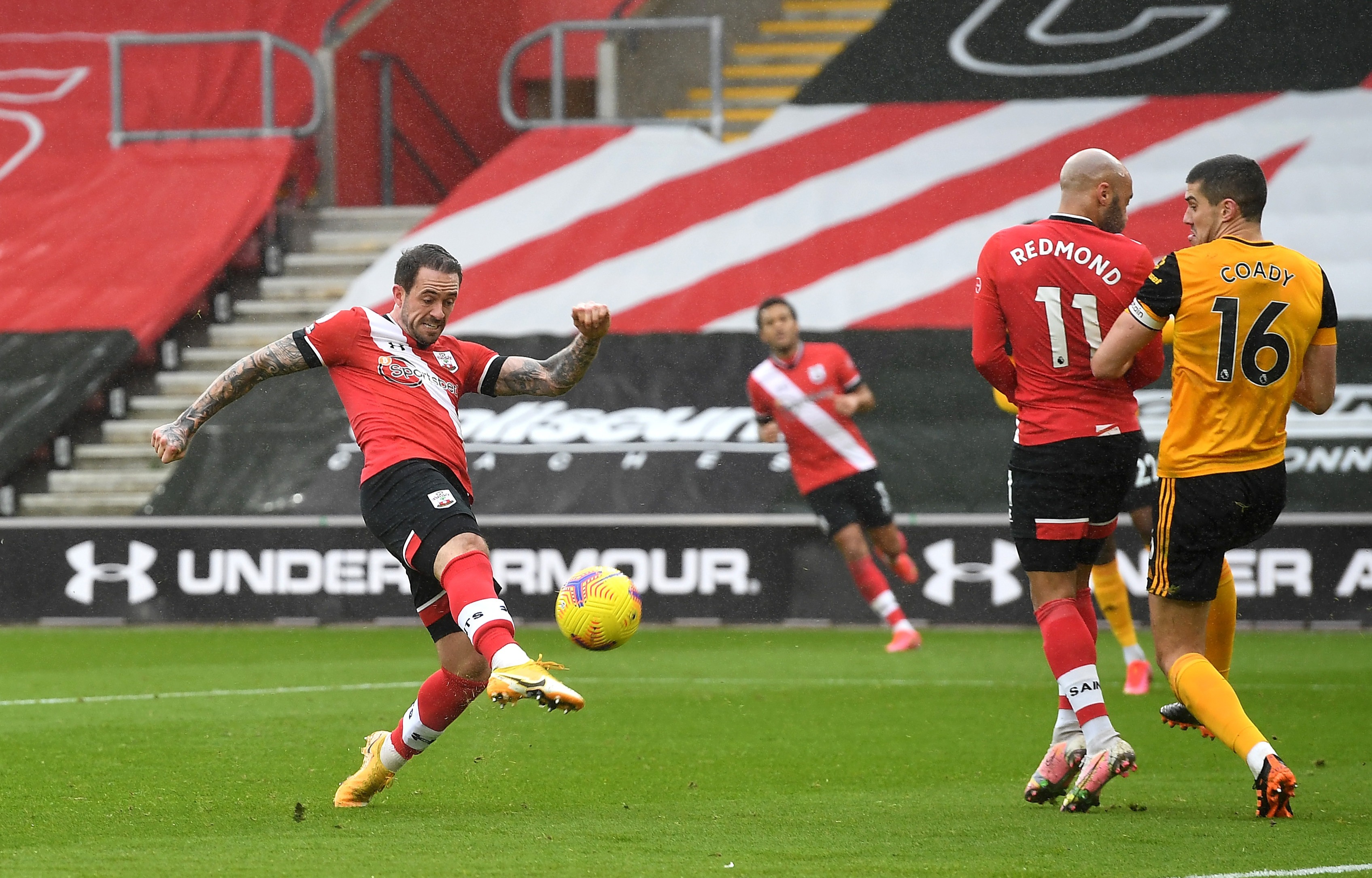