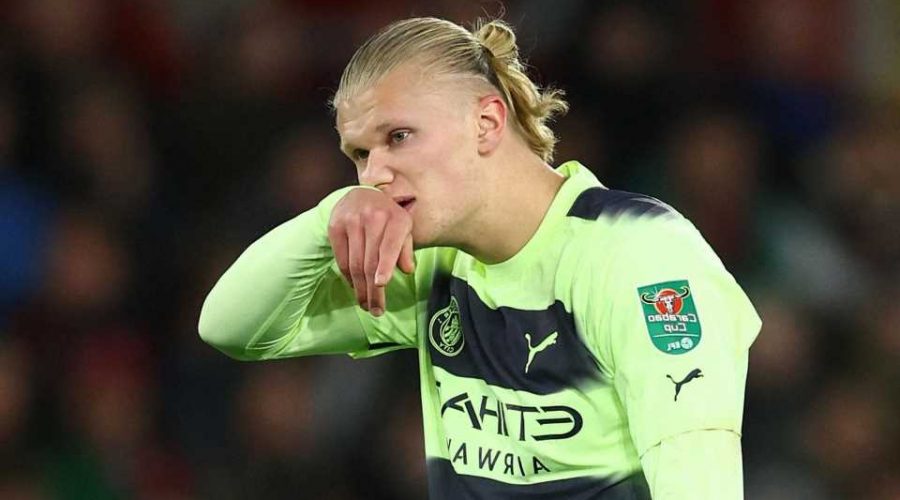 SOUTHAMPTON fans trolled Erling Haaland with a brutal chant as their side knocked Manchester City out of the Carabao Cup.

Saints supporters were in the mood to party thanks to first-half goals from Sekou Mara and Moussa Djenepo. 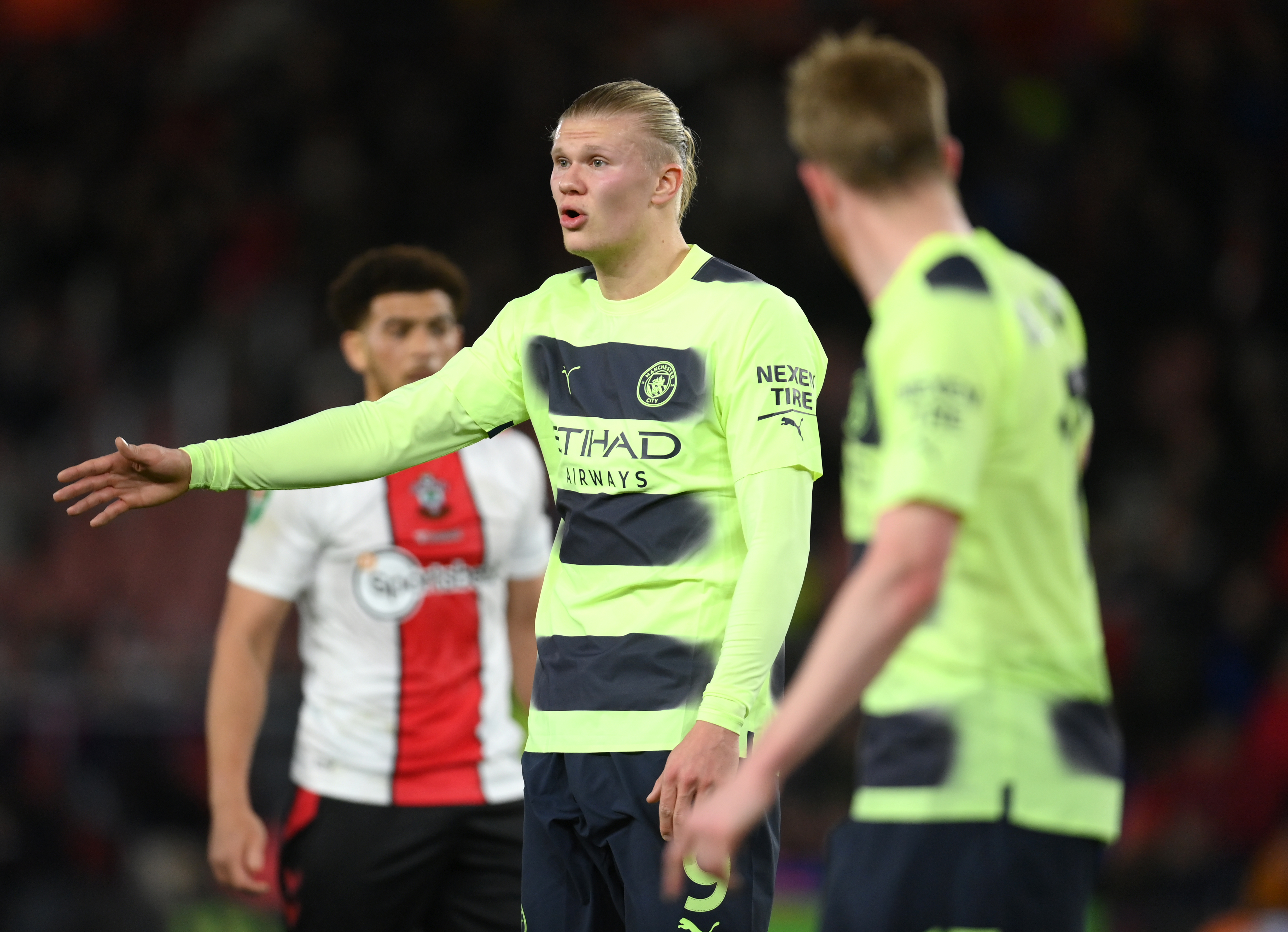 Ten minutes after half-time with his side still trailing 2-0, Pep Guardiola turned to his goal machine Haaland to try and rescue the quarter-final tie.

But Haaland failed to come close as the eight-time winners did not manage a single shot on target across the entire match in the shock early exit.

It was just the sixth time in his City career the Norwegian had not scored – with his tally now 27 goals in 22 competitive appearances this season as he prepares to face Manchester United in the derby on Saturday.

But joyous Southampton supporters – who will see their side take on Newcastle in the semi-finals – could not resist the cheeky jibes as they basked in the 2-0 lead. 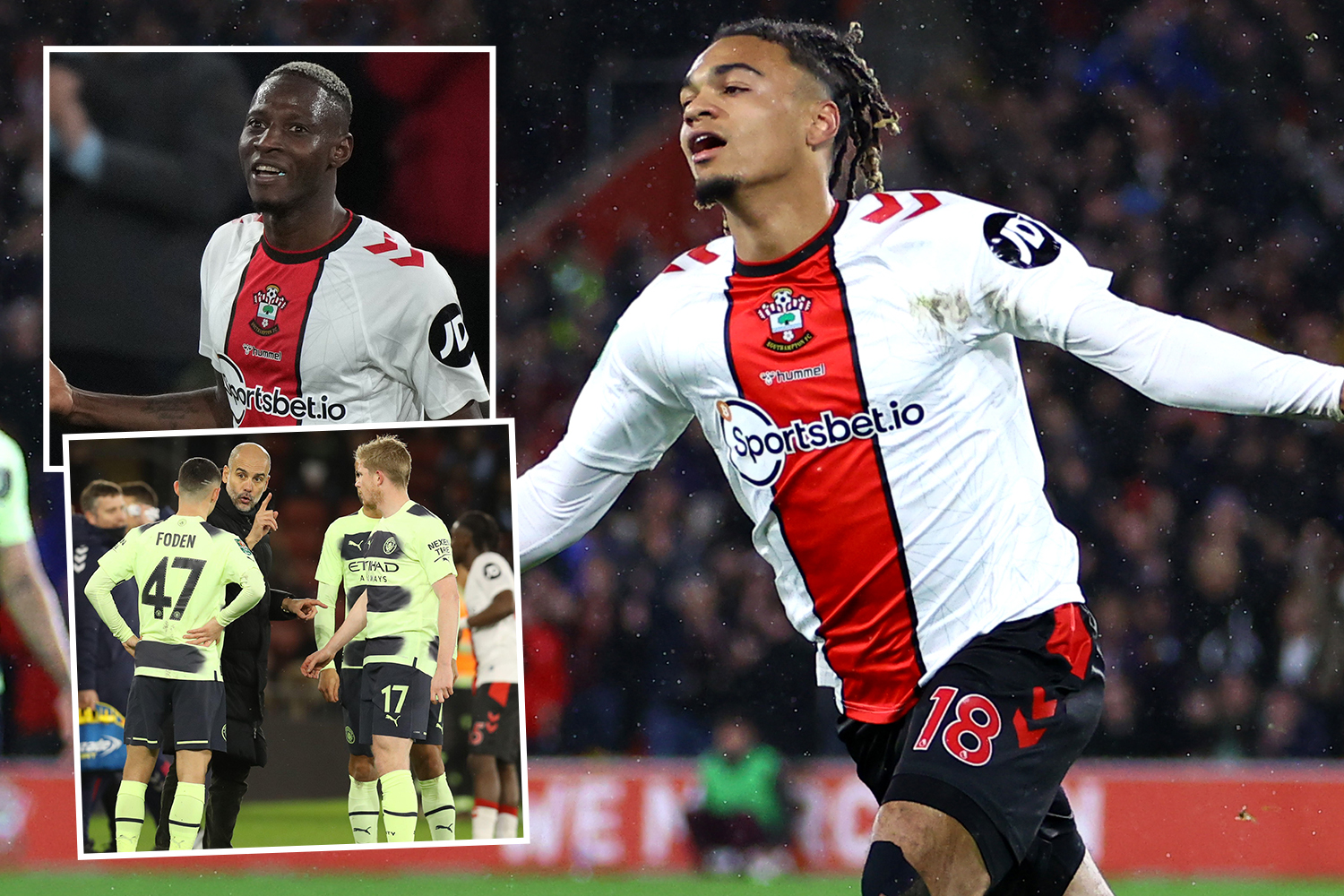 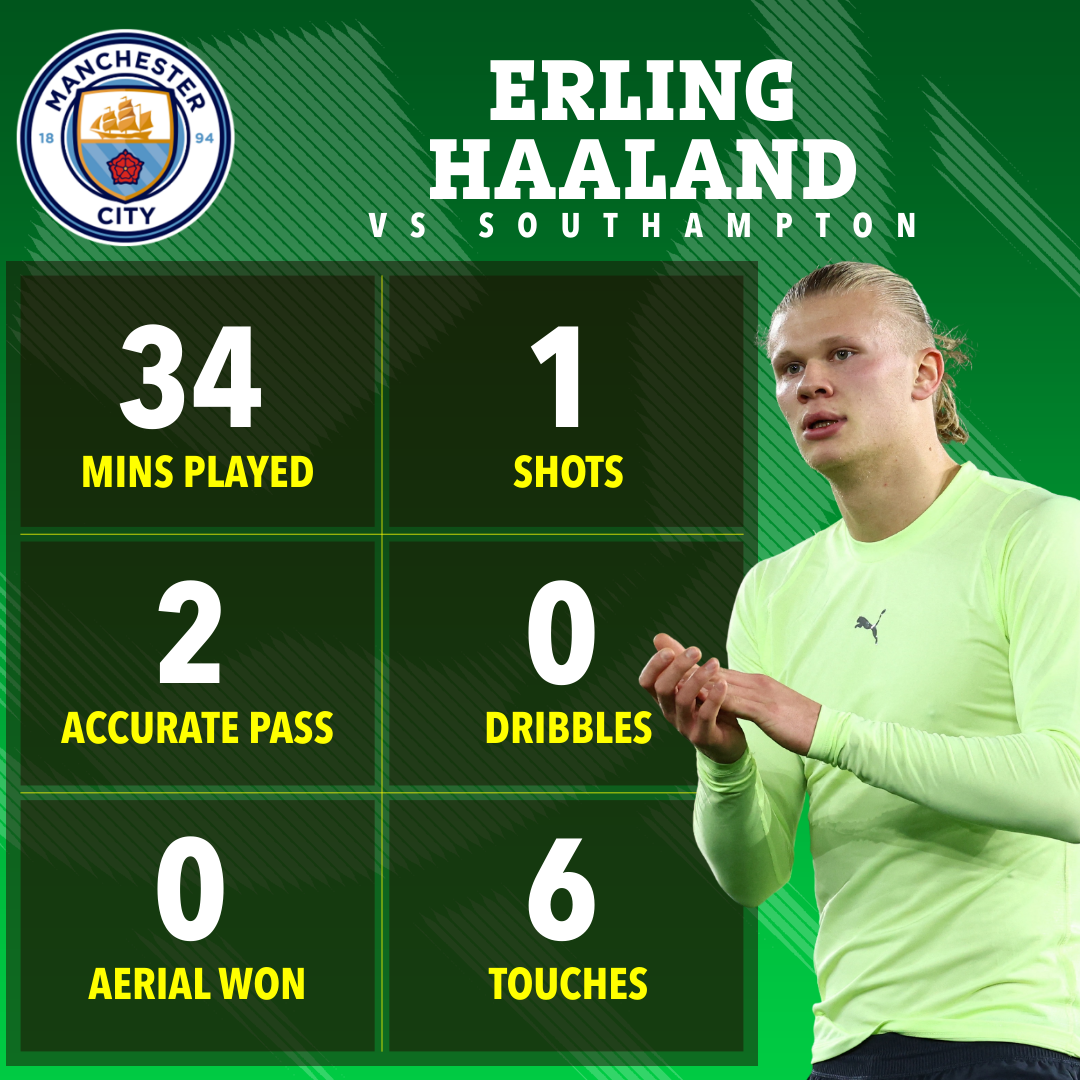 Fans chanted: "You're just a s*** Rickie Lambert," at Haaland as he strolled around the St Mary's pitch.

And the hilarious gag went down a storm on social media.

One said: "Chants of 'you're just a s*** Rickie Lambert' to Haaland, an absolute highlight of the season so far. Brilliant."

Another wrote: "Southampton fans singing 'you're just a s*** Rickie Lambert' to Haaland… Come on be realistic, he's not quite reached that level yet." 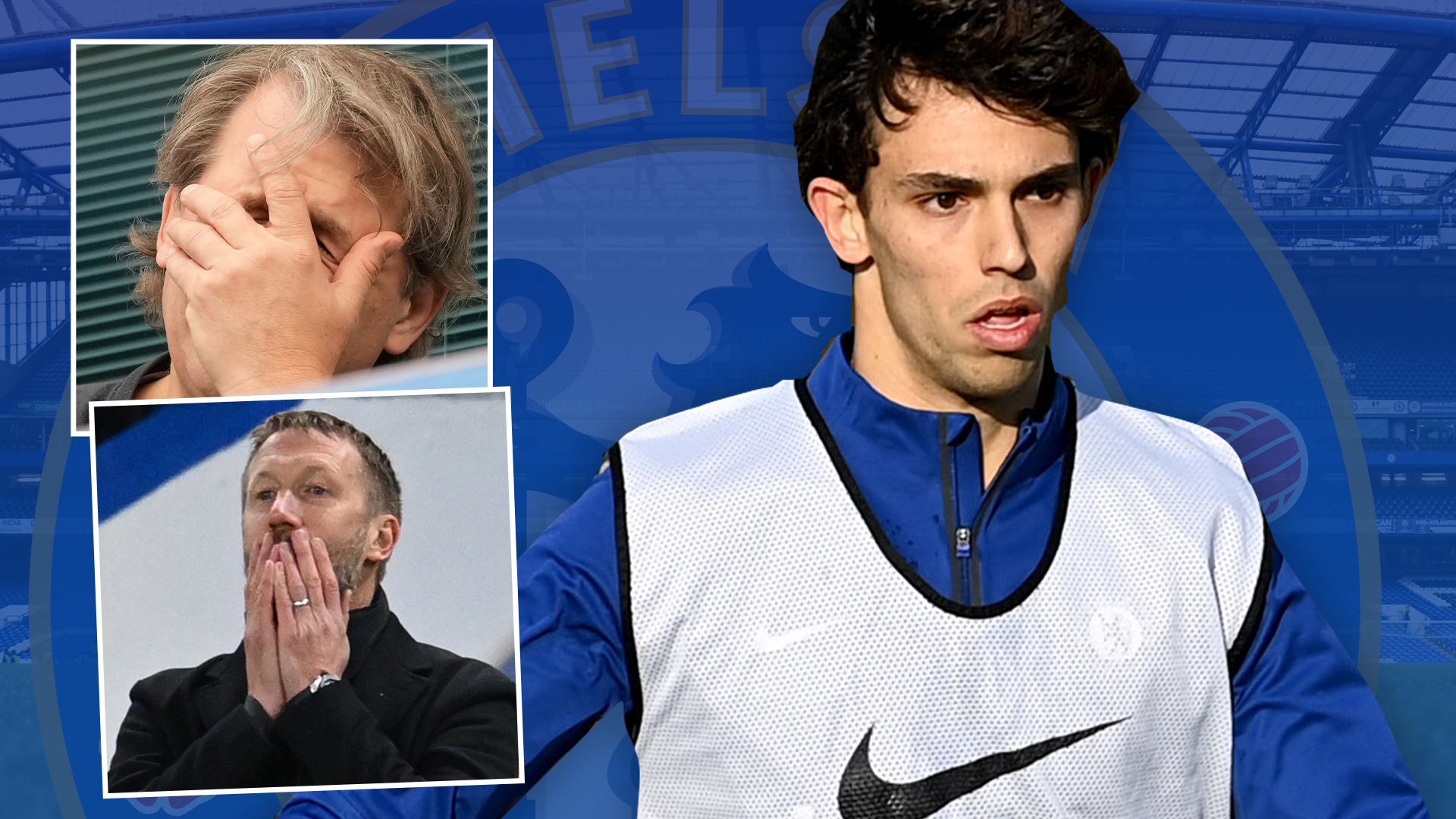 And a third joked: "Haaland probably wondering what a Rickie Lambert is."

Lambert, another big, tall and powerful striker, is still adored by the Saints faithful for his heroics across five years with the club which saw him crowned player of the season twice.

The Merseyside-born ace joined from Bristol Rovers in 2009 and his goals helped fire the club from League One to the Premier League with back-to-back promotions.

Lambert, 40, left for boyhood club Liverpool in 2014 with a fine record of 117 goals in 235 Southampton games but struggled to replicate that return in his one season at Anfield.

In fact, after departing St Mary's, the 11-cap England only scored eight more goals in his career before retiring in 2017 – three at Liverpool, one for West Brom and four for Cardiff. 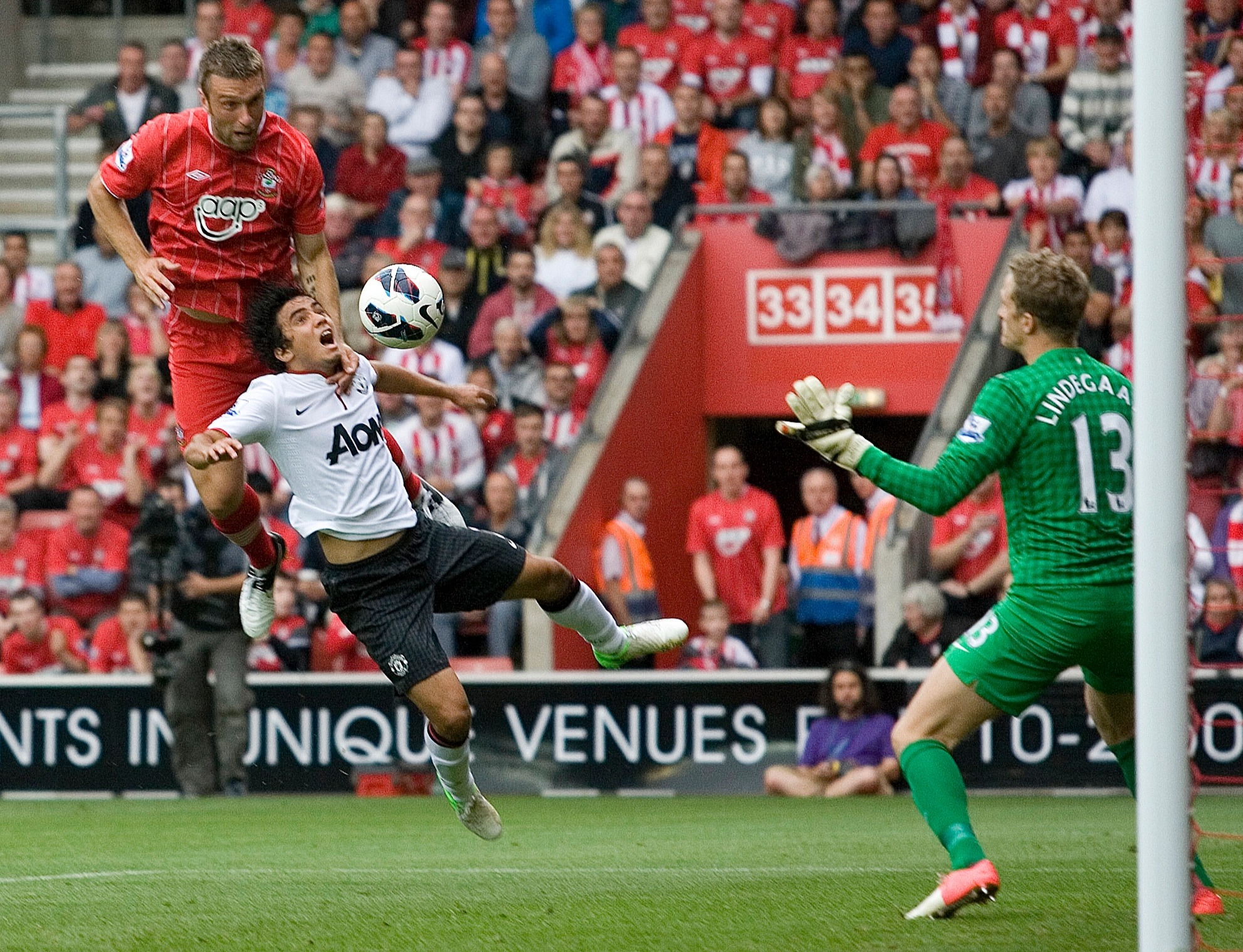 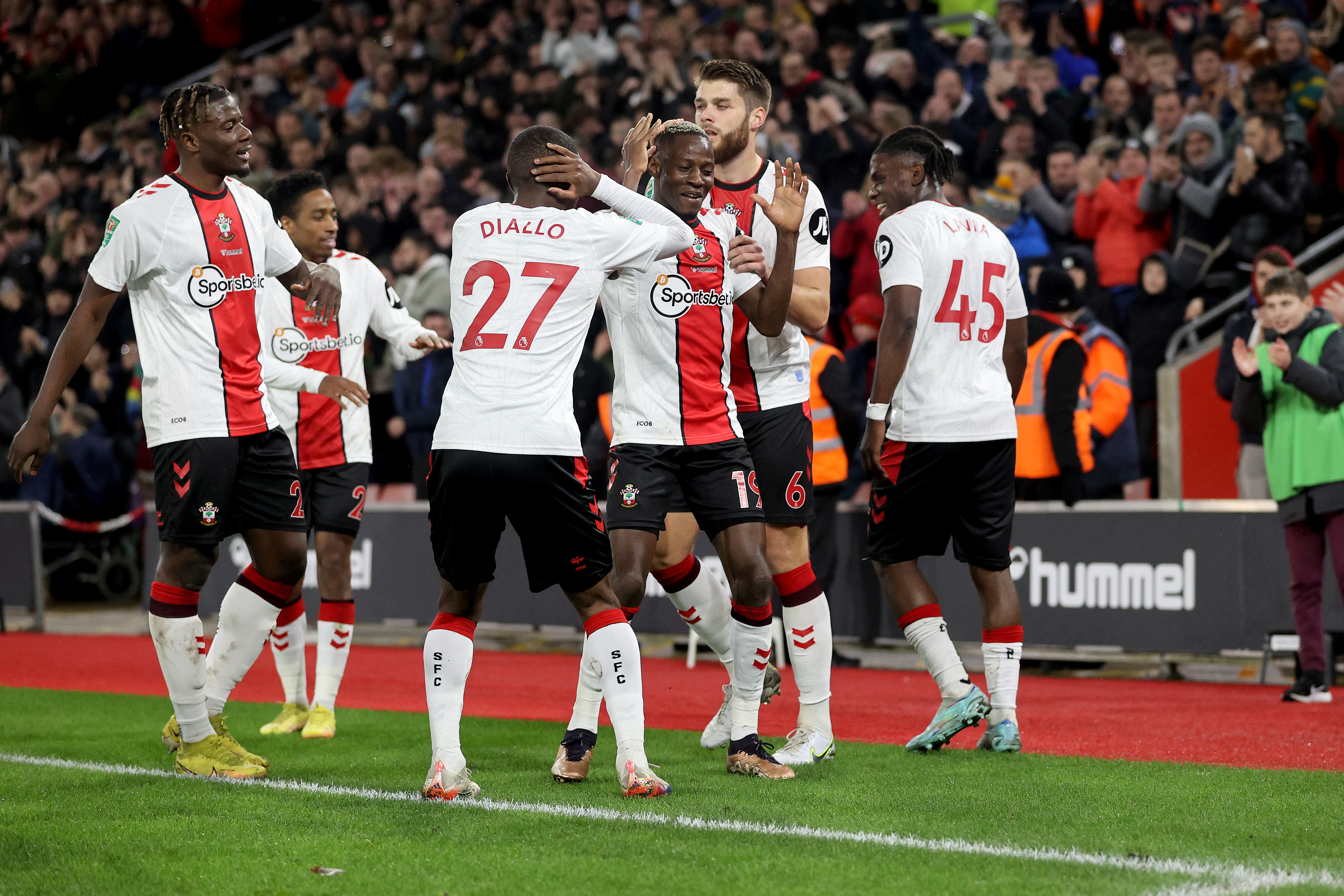