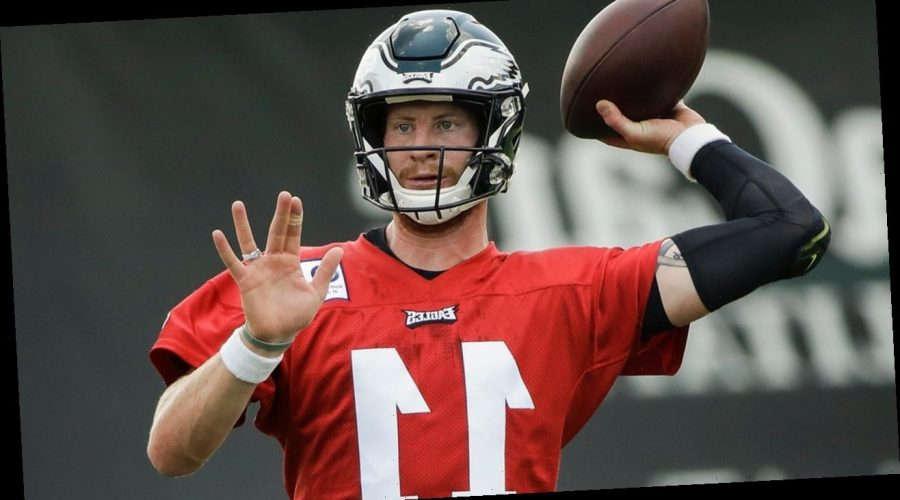 The Philadelphia Eagles granted Carson Wentz’s wish — the former No. 2 overall pick in 2016 will be leading the Indianapolis Colts offense in 2021.

Philadelphia traded its former starting quarterback for a 2021 third-round draft pick and a conditional 2022 second-round pick that could turn into a first, ESPN reported, citing sources.

The conditional pick would turn into a first if one of two things happens. If Wentz plays 75% of the season or if he plays 70% of the season and the Colts make the playoffs, that would make the pick of higher value.

All of the Wentz drama has officially come to an end. It started during the year when Wentz was replaced by rookie quarterback Jalen Hurts, and it continued into the offseason. Football fans and sports media members across the country reacted to the news of Wentz’s departure from Philadelphia.

“Wentz gets a fresh start in a place that most think is the best place for him,” ESPN analyst and former Pittsburgh Steelers safety Ryan Clark posted on Twitter. “Very good defense, excellent O Line, good backs, young skill guys & a coach he won’t have “relationship issues” with. If it doesn’t work here it won’t work anywhere. The Colts’ ‘Luck’ may be changing.”

“Carson Wentz about to have the career resurgence of a LIFETIME!!!! Congrats #Colts, y’all got a good one!” FS1’s Emmanuel Acho added.

Here was some other reaction across the football world, including some of his new teammates on the Colts.

Wentz signed a four-year, $128 million contract with the Eagles prior to the start of the 2019 season. He is owed $15.4 million next season along with a $10 million roster bonus.

19/02/2021 Sport Comments Off on Sports world reacts to Carson Wentz trade to Colts: 'If it doesn’t work here it won’t work anywhere'
Lifestyle