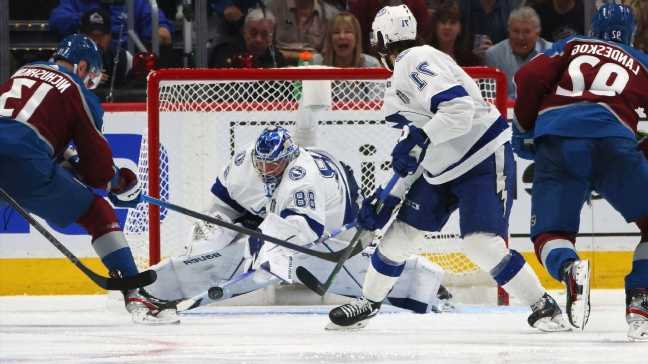 On Saturday night, the puck will drop on Game 2 of the 2022 Stanley Cup Final between the Tampa Bay Lightning and the Colorado Avalanche. The Avalanche enter Game 2 with a 1-0 series lead thanks to a 4-3 OT game-winner Andre Burakovsky.

Before you tune into ABC and ESPN+ at 8pm ET, check out the top bets heading into Game 2.

Greg Wyshynski, Senior NHL Writer: My favorite play for Game 2 is the Colorado Avalanche under 3.5 goals. The Lightning in Game 2’s are 9-2 since 2020 with a GAA of 1.91. Andrei Vasilevskiy was a little soft in the first period of Game 1 his save percentage in Game 2’s since 2020 is .938, So I’m expecting the Avalanche to suffer against an invigorated Tampa Bay Lightning defense and the best goalie in the world.

Sachin Dave Chandan, ESPN Betting Editor: Nathan MacKinnon’s shot prop is set at O/U 4.5 (-145), which seems like an easy over for me. The last time he notched fewer than four shots in a game was Game 1 of the Western Conference Finals. He’s averaged 7 shots a game in his last four games, including 5 in Game 1, after averaging 4.6 shots a game across 65 regular season games. My favorite play for Game 2 is Nathan MacKinnon over 4.5 shots.