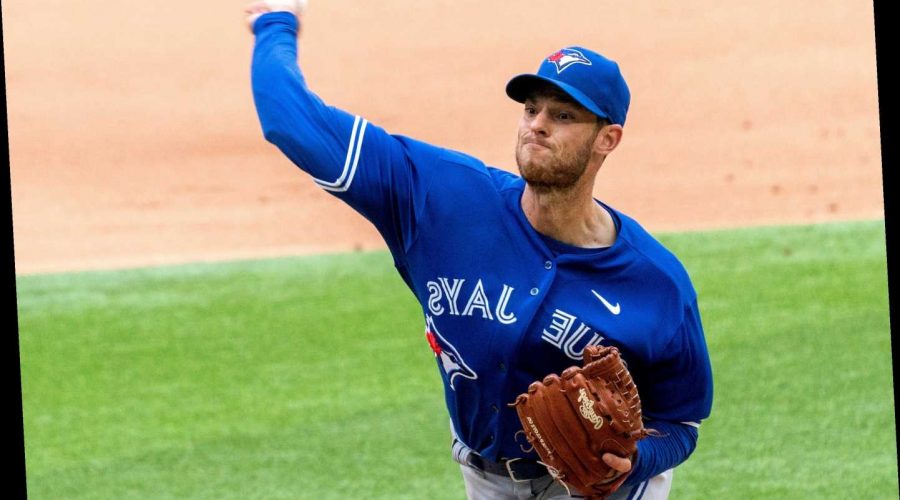 It was a rough night for the Mets manager

Steven Matz already has accomplished something in Toronto that he couldn’t do last season for the Mets.

Matz was traded to the Blue Jays following a winless 2020 campaign in Queens, and the Long Island-bred lefty tossed an encouraging gem Monday in winning his first start with his new team.

The 29-year-old Matz allowed just one run on two hits with nine strikeouts over 6 1/3 innings in Toronto’s 6-2 win over the Texas Rangers.

“Now that the season’s underway, and obviously we had a lot of fans in the stands, you’ve got that extra adrenaline,” Matz said after posting his first win since Sept. 28, 2019 for the Mets.

“It really counts. It was definitely another good outing to build off of. I’m just going to try to continue to get better each time, but it’s definitely good to get the first one.”

“It was great. I’m smiling here, because that’s the way he pitched in spring training,” Jays manager Charlie Montoyo said of Matz after Monday’s outing. “He’s been in command the whole time and that’s great to see. We’re going to need him. It was a great start. His first start for the Blue Jays, it’s just awesome.”

Matz, who will be a free agent after earning $5.2 million this season, had recorded an out in the seventh inning in just 11 of his 66 starts since the start of 2018. He credited his fastball, which peaked at 96.6 mph and averaged 95.3, for setting up his changeup, which accounted for five of his nine strikeouts.

“The velocity is there, the command is there, the spin on the breaking ball and off-speed pitches,” Toronto pitching coach Pete Walker said. “He can do a variety of things. He’s a big, strong left-handed pitcher. He checks a lot of boxes when you’re talking about a Major League starter.”