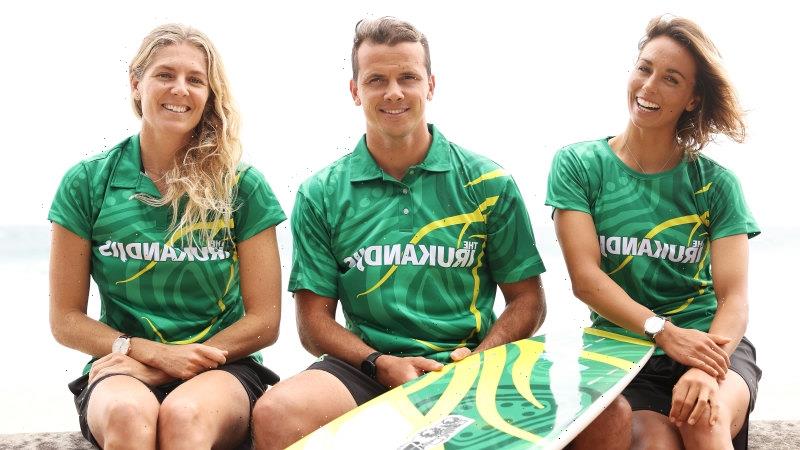 With blindfolds wrapped around their heads, Australia’s Olympic surfers Fitzgibbons, Steph Gilmore, Owen Wright and Jules Wilson paddled out then surfed a wave when barely able to see. They had to guide each other through and on to waves.

They were with Australia’s winter and summer Paralympic champion Jess Gallagher, who had brought them to the beach to open their eyes by closing them. She wanted to restrict their sight so they would need to rely on each other. 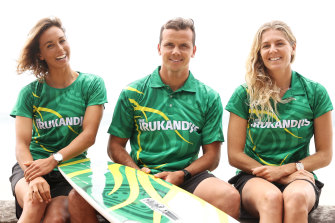 Sally Fitzgibbons, Julian Wilson and Stephanie Gilmore will surf for Australia, along with Owen Wright.Credit:Getty Images

That’s a high level of trust for anyone, but in a sport that is famously about individual expression, this was a moment of mutual reliance.

“Jess challenged us all to work as a team on tasks, like partially impairing our sight and getting us to paddle out into the line-up,” Fitzgibbons said.

She arrived in Tokyo along with Gilmore on Tuesday ahead of competition that starts on Sunday when as surfing makes its debut as an Olympic sport.

“It was so difficult. Owen, Jules, Steph and I couldn’t leave each other’s side. Trying to navigate a line-up and surf a wave with an impairment was wild. It was really good bonding.”

Australia has sent a team of surfers to Tokyo with strong medal hopes.

“Our team has grown immensely in the past two years,” Fitzgibbons said. “Whether it was team camps or bringing in ex-Olympians to talk to us about Games experiences, seeing their medals.

“We are always so competitive with each other, and you usually develop individual teams, so this has been a blessing to actually work as one and try and take on the world.”

As a group they came up with a name for their new surfing team. The Irukandjis. It might not have instant name recognition, but it’ll catch on. It’s a good name. 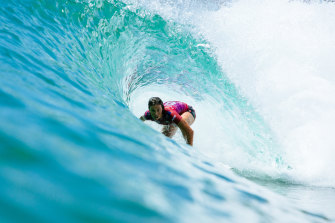 “The name ‘Irukandji’ came up, which means box jellyfish. It’s a tiny creature but can be pretty deadly if you get stung by one,” said Gilmore.

Moore is a four-time world champion and leads the WSL Championship Tour.

She is the surfer to beat in Tokyo and the typically smaller surf of Japan will not help the Australian women’s cause.

“She [Moore] is obviously the one leading into the Games with all the pressure on her shoulders – a big country that has gold-medal expectations,” Fitzgibbons said.

“I’m probably in the best position possible, being in a team with one of the greatest of all time in Steph Gilmore, the seven-time world champion.

“I’m around her energy all the time and that just primes me for these match-ups. They’re the ones you want to be in.

21/07/2021 Sport Comments Off on Surfing blind into Tokyo: How these Olympians learnt to work as a team
Lifestyle