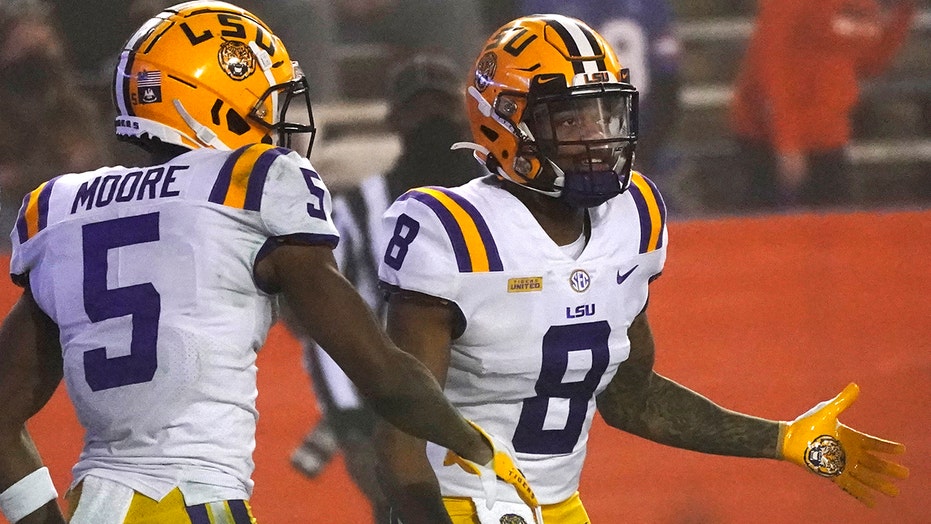 Kyle Trask and No. 6 Florida look nowhere near ready for top-ranked Alabama.

York drilled his kick through the dense fog and the uprights, leaving Florida with a final shot. Trask got the Gators (8-2) in position to tie it, but Evan McPherson was wide left from 51 yards on the final play. LSU (4-5) celebrated wildly all over the field.

Johnson had a lot to do with the outcome.

The son of former Super Bowl champion Brad Johnson repeatedly torched Florida’s beleaguered defense. He threw for 239 yards, nearly half of them (108) to Kayshon Boutte, and ran for 52 more.

Florida didn’t help itself with three turnovers in the first half that led to 10 points and a 24-17 lead at the break.

But for most of the game, Trask looked nothing like the Heisman Trophy front-runner. The Gators looked even less like a team capable of upsetting the Crimson Tide next week in Atlanta in the Southeastern Conference title game with a College Football Playoff spot at stake.

Trask accounted for four touchdowns and three turnovers, first putting his teammates in a hole and then helping them climb out of it. But Trask and the Gators were unable to rally to beat the undermanned Tigers.

Trask ran for two touchdowns and threw for two more, including his record-setting 40th of the season. He passed 1996 Heisman Trophy winner Danny Wuerffel for the most in a single season in school history.

But for most of the game, Trask looked nothing like the Heisman Trophy front-runner. The Gators looked even less like a team capable of upsetting the Crimson Tide next week in Atlanta with a College Football Playoff spot at stake.

LSU: The Tigers may have settled on a quarterback, with Johnson showing glimpses of being a long-term solution at the all-important position. Surely, hiss first start won’t be his last.

Florida: The Gators have all kinds of issues heading into the title game. No one will give Florida a chance against Alabama. Then again, maybe coach Dan Mullen will be able to use that to his advantage.

The Gators surely will tumble in the next AP college football poll and in the CFP rankings.

LSU: Will attempt to host Ole Miss next Saturday. But the Tigers are precariously close to not having enough scholarship players to meet the league’s minimum threshold (53).

Florida: Faces Alabama for the 10th time in the league title game. It’s the most common matchup since the showcase event began in 1992. The Crimson Tide hold a 5-4 advantage, including three straight wins.