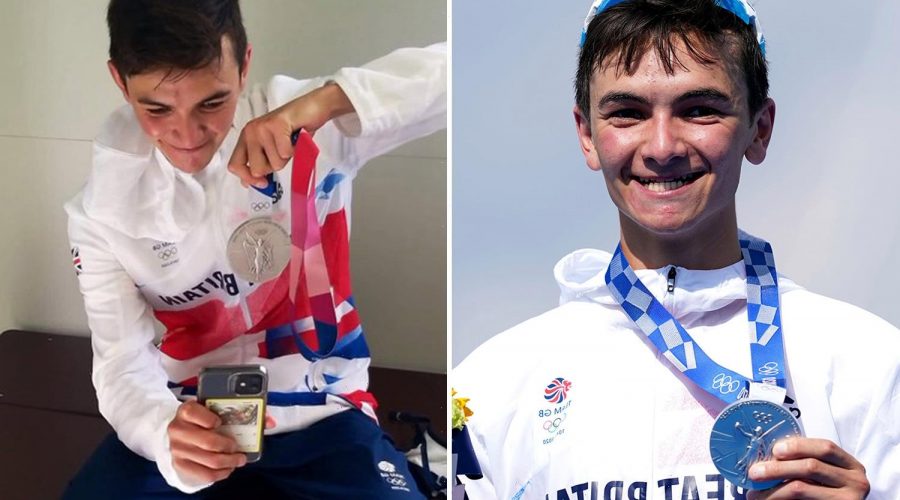 The 23-year-old from Lewisham was selected ahead of the defending champion Alistair Brownlee for the Olympic triathlon. 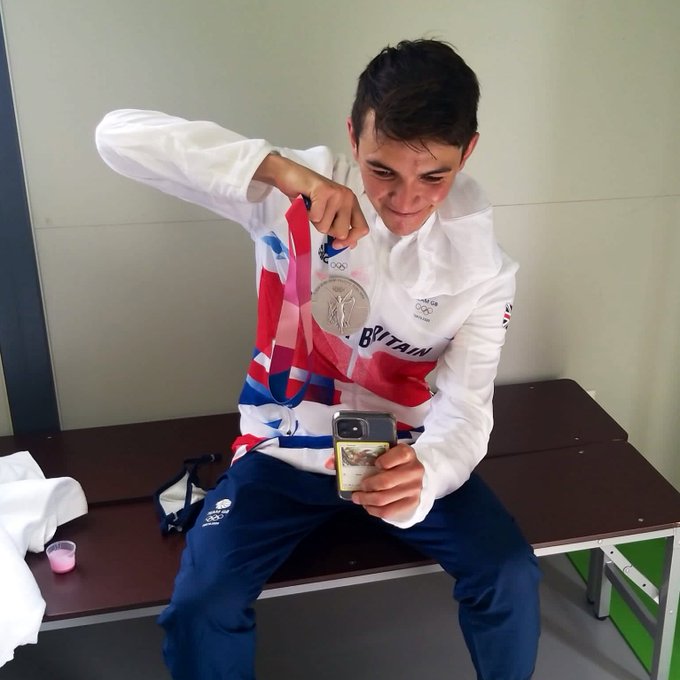 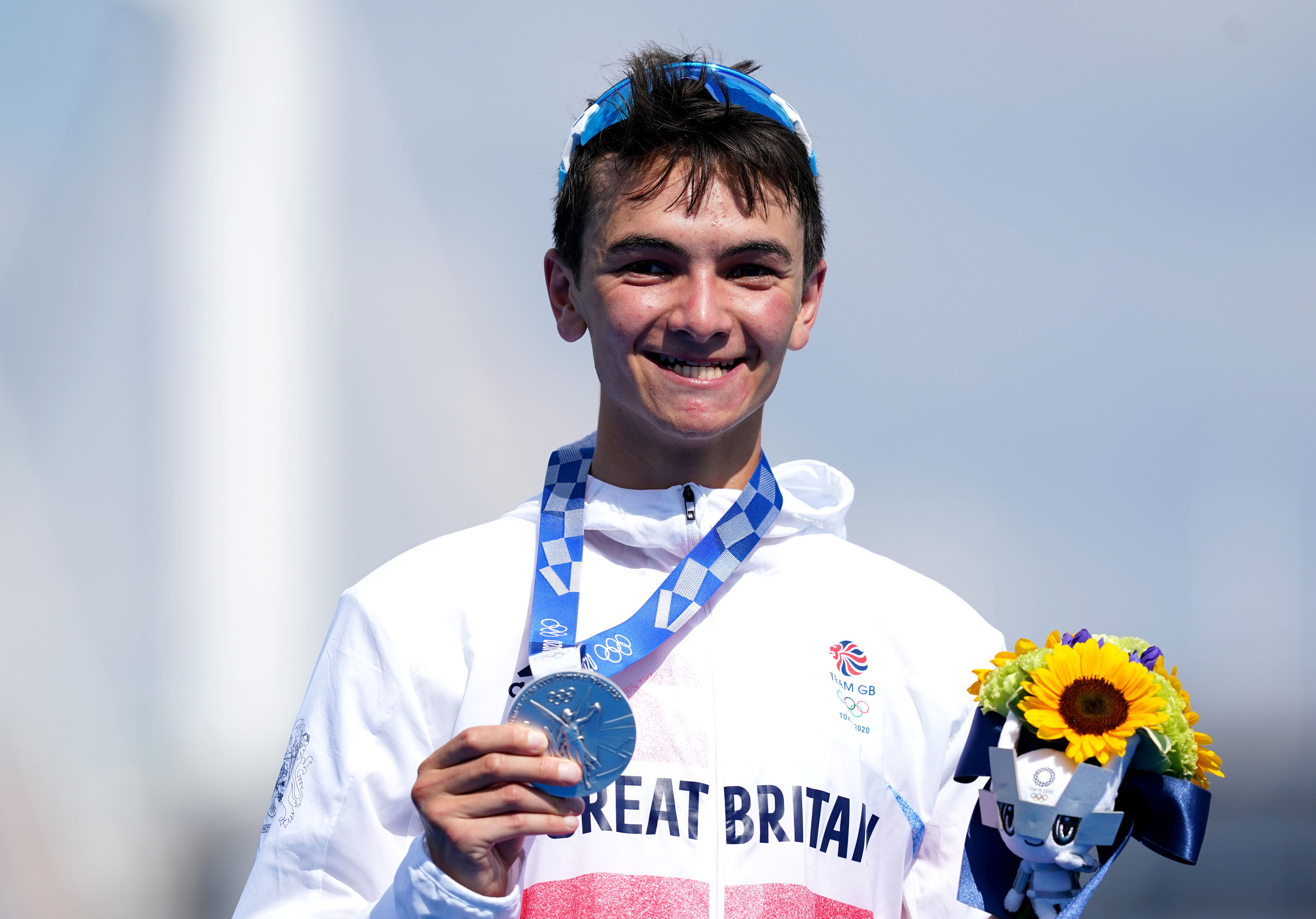 Even though he was unable to win a third successive title for Britain in this event, he still brilliantly bagged himself a silver despite a shambolic start to the event in Tokyo.

Kristian Blummenfelt took off with 1km left and his brave move paid off as he won in 1:45.04 – even though he was carted off in a wheelchair after being sick at the finish line.

Yee finished 11 seconds behind the Norwegian with New Zealander Hayden Wilde third to claim the bronze at Odaiba Marine Park.

However, straight after he was presented with his medal, the World Triathlon Twitter account shared a snap of the Londoner showing off his prize via video call to his mother.

There was chaos at the start of the 1.5km swim leg staged under the magnificent Rainbow Bridge over Tokyo Bay.

Half of the field dived into the water but the other half remained on the pontoon because dangerously there was a huge TV BOAT in their way.

It was a complete mix-up between the officials and broadcasters and understandably there were lots of angry individuals.

Those in the water, their heads down and arms at full speed, got as far as 150m before being stopped by a SPEEDBOAT.

It meant they had to return to the start line and redo the start, which was further embarrassment for the bungling Games chiefs.

One BBC commentator called it a 'shambles' and former world champion Non Stanford was gobsmacked.

The Welshwoman said: “I’ve never seen that – definitely not in the Olympics. Hopefully the guys who did jump in, it didn’t affect their race too much.”

The event had been moved to 6.30am local time for fears that if it had been held in the fierce Tokyo lunchtime heat then the triathletes would have wilted.

Though Switzerland’s Andrea Salvisberg went off on his own during the 40km bike ride and had a 16-second lead at the transition, he was quickly reeled in.

Once off the bikes, Yee and Brownlee were side by side, sixth and seventh place, and both in the mix for medals for the 10km run.

Yee is an extremely quicker runner – as a teenager he was faster over 10,000m than even Mo Farah at comparable ages – and he went straight to the front of the pack.

Like he did at the Leeds triathlon last month, confident Yee took command and essentially told the rest of the competitors: Catch me if you can.

Yet Blummenfelt took a gamble on the final stage of the run and his decision paid off brilliantly.

Jonny Brownlee, who has silver and bronze triathlon Olympic medals, was in fourth place heading into the fourth and final lap of the run.

But he did not have the flat-out speed to go all the way and came fifth, 49 seconds off the winner.