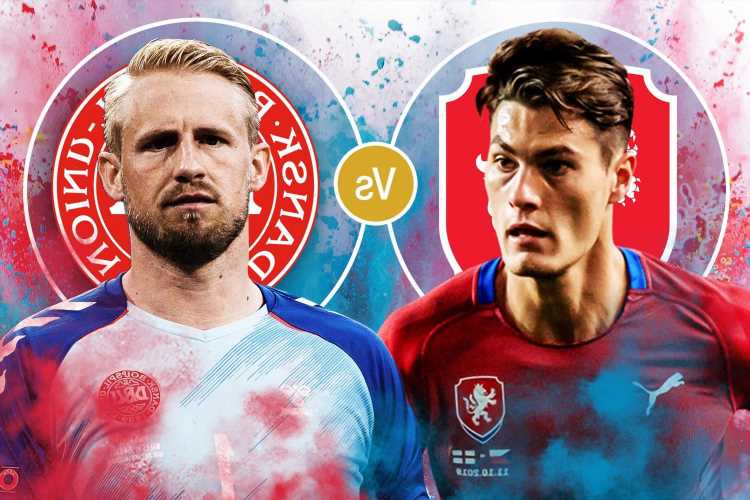 CZECH REPUBLIC and Denmark, two of the dark horses for Euro 2020, meet on Saturday in the tournament's quarter-finals.

The Danes have become the ultimate underdogs this summer after overcoming the harrowing scenes of Christian Eriksen's on-pitch collapse to ease into the last eight. 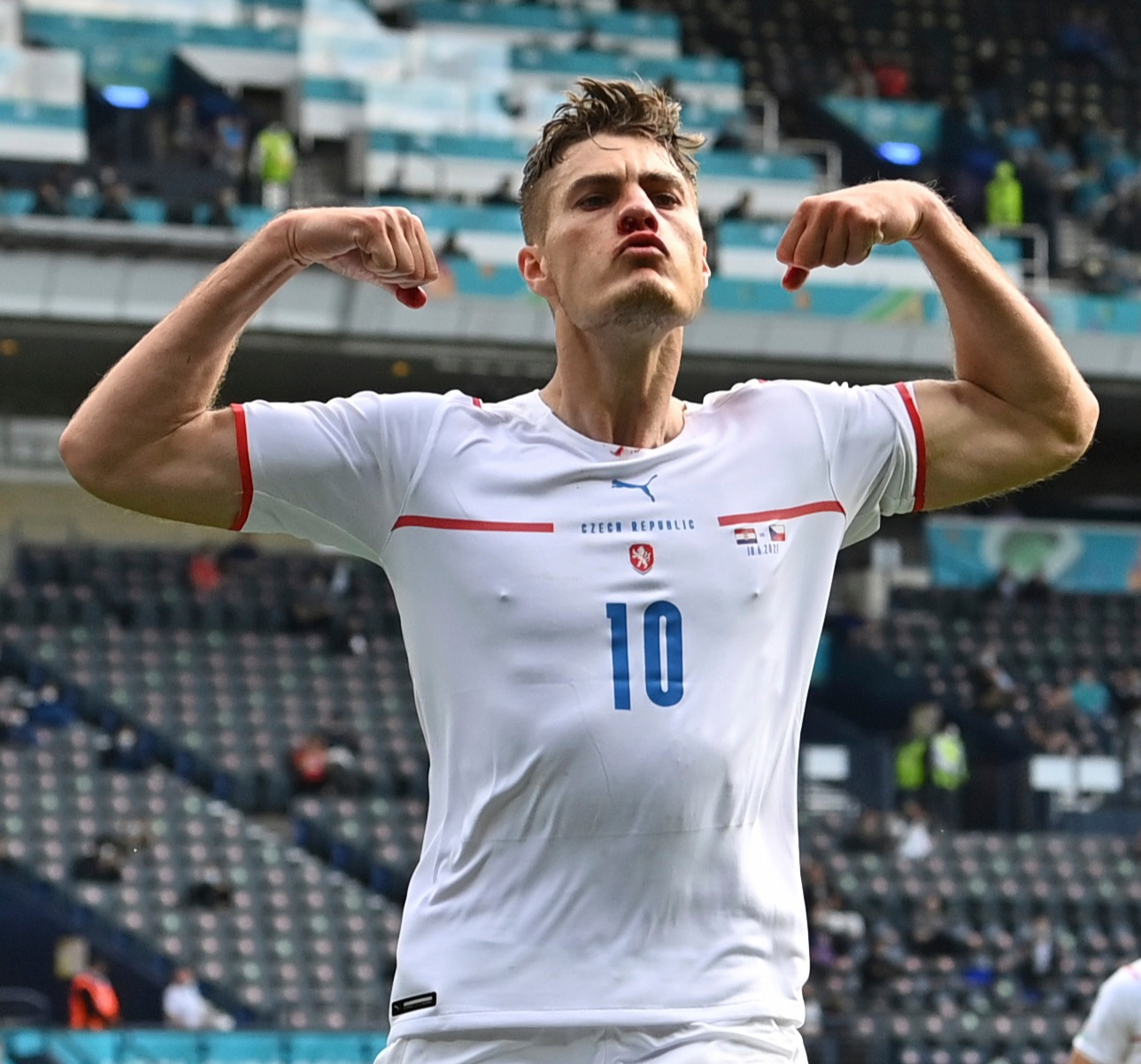 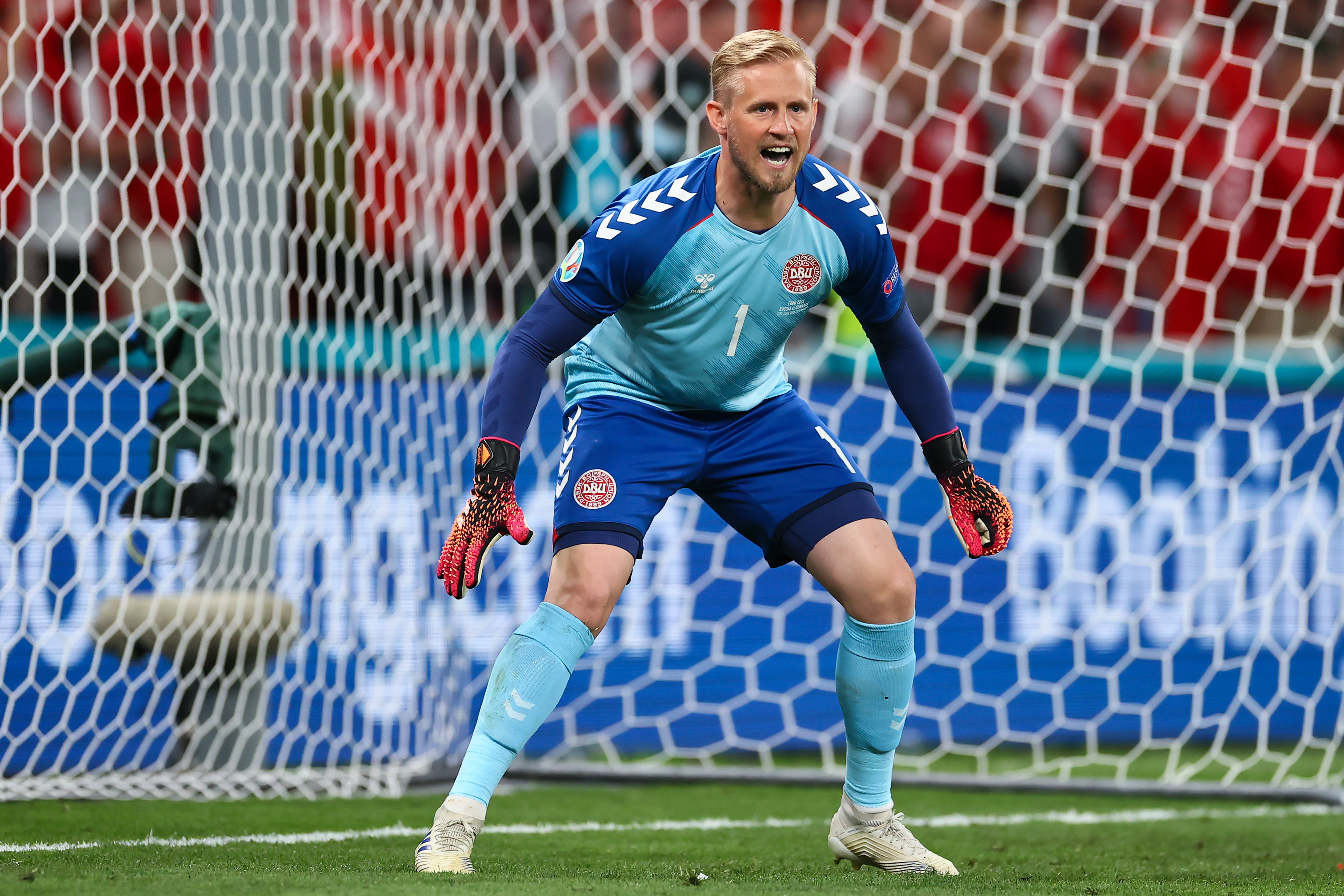 Czech Republic meanwhile thought they'd pulled off the shock of the last-16 after when stunned the Netherlands, only to then see Switzerland dump France out.

Denmark swept Wales aside in the last round 4-0 with the winner of the tie set to meet either England or Ukraine in the semi-finals.

The clash will kick-off at 5pm at the Baku Olympic Stadium in Azerbaijan.

It will be aired on ITV1 – and streamed on the ITV Hub – with a preview starting at 4pm. 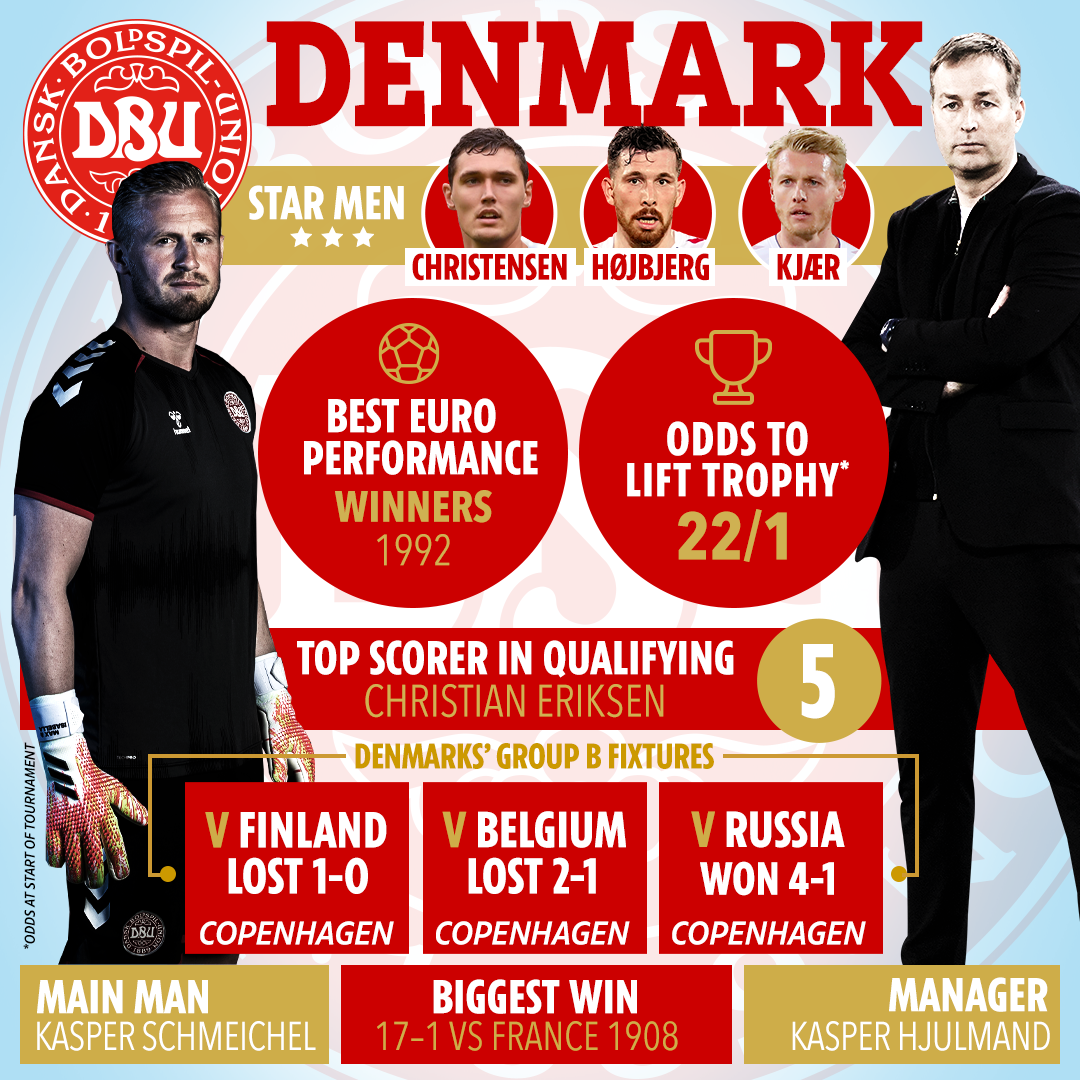 The Czechs have been handed a boost with the return of left-back Jan Boril after suspension.

However, captain Vladimir Darida and Jakub Jankto face a fight to get back into the side after they were benched against Holland in favour of the impressive Antonin Barak and Petr Sevcik.

Yussuf Poulsen -who bagged in games with Belgium and Russia – missed the win over Wales due to injury.

Yet the RB Leipzig striker is back in contention, as is skipper Simon Kjaer and Daniel Wass.

Denmark head coach Kasper Hjulmand said: “I think it would take a lot to hold him [Kjaer] back and keep him out of the match on Saturday.

“Yussuf Poulsen had something with his thigh. It’s not a strain that keeps him out for weeks. We assume he’s getting ready. And Wass is recovering.” 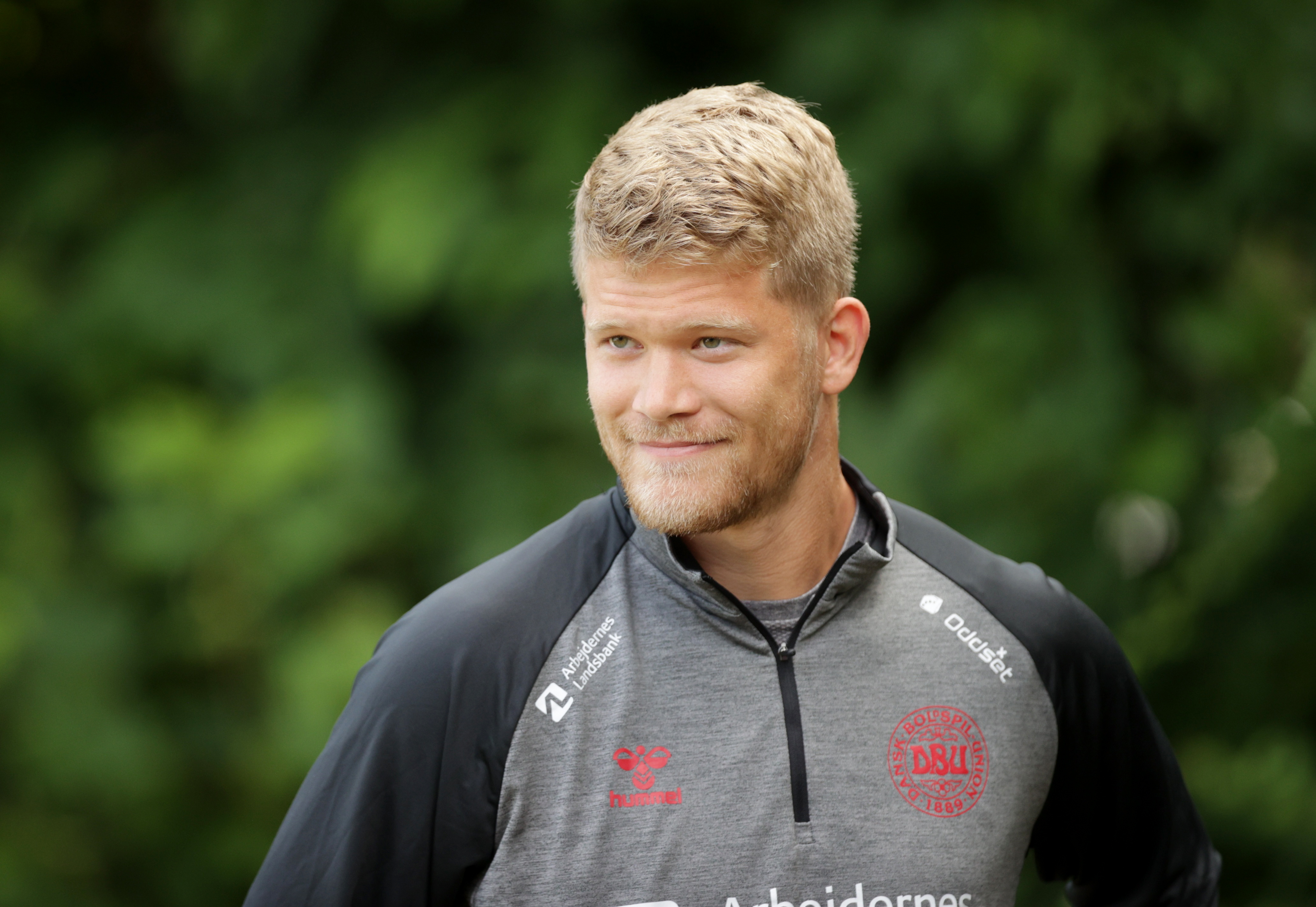 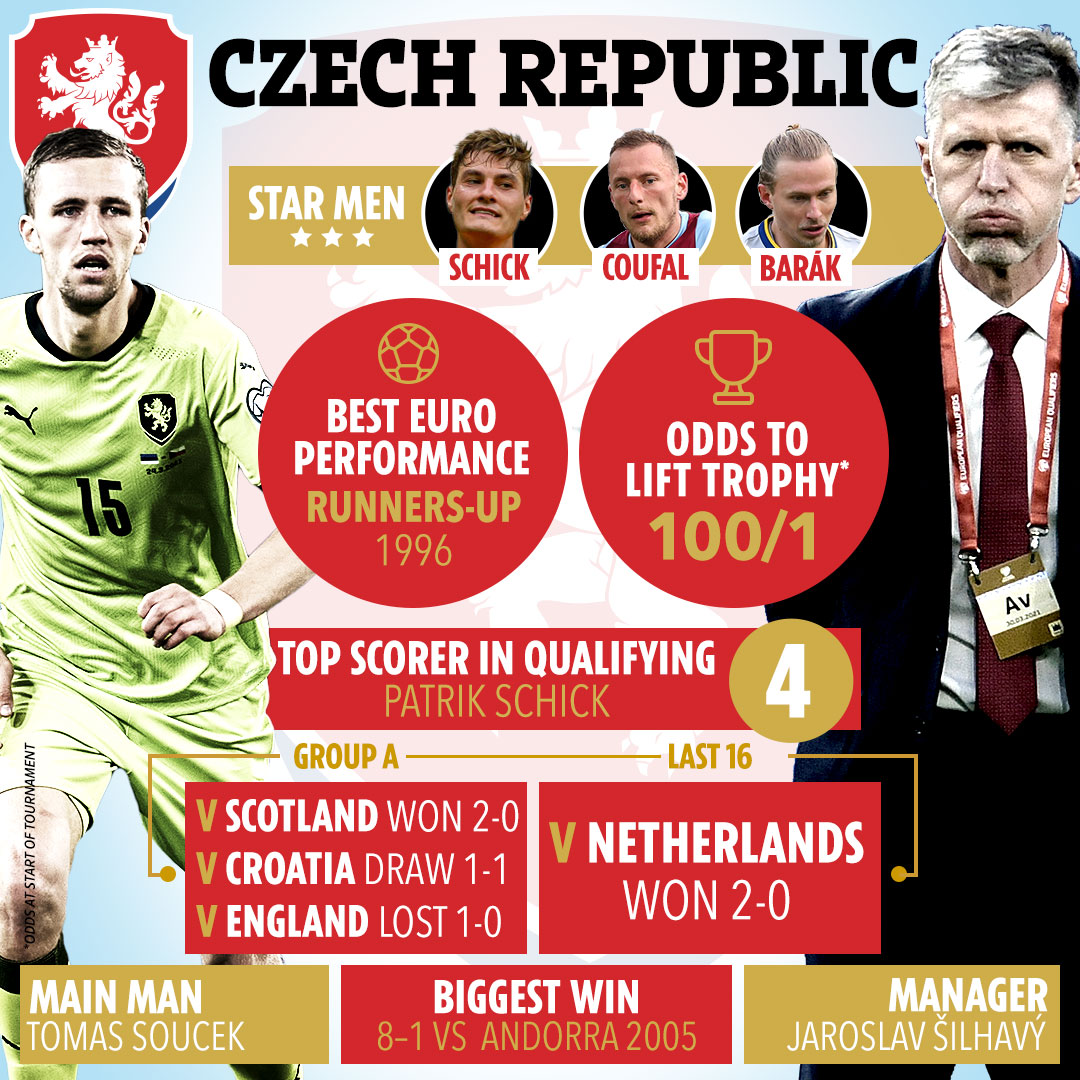 Denmark qualified for the knockout stage after their harrowing experience with star man Eriksen's collapse during their first match against Finland.

The midfielder received 13 minutes of emergency medical attention on the pitch including CPR after suffering a cardiac arrest.

Understandably, Denmark lost that game to Finland before a narrow 2-1 defeat to Belgium put them on the brink of elimination.

Yet an empthatic 4-1 mauling of Russia set up a date with Wales in Amsterdam where the Danes stuck another four away for the win.

It's the kind of chance we might never have again, a chance that we have worked incredibly hard for, for a long time

Hjulmand said: "It's the kind of chance we might never have again, a chance that we have worked incredibly hard for, for a long time.

"It's a childhood dream. It's many, many years' work for lots of people.

"We want to make the most of it and do everything to the best of our ability, prepare really well, follow through, and see what we have out there and how far that will take us." 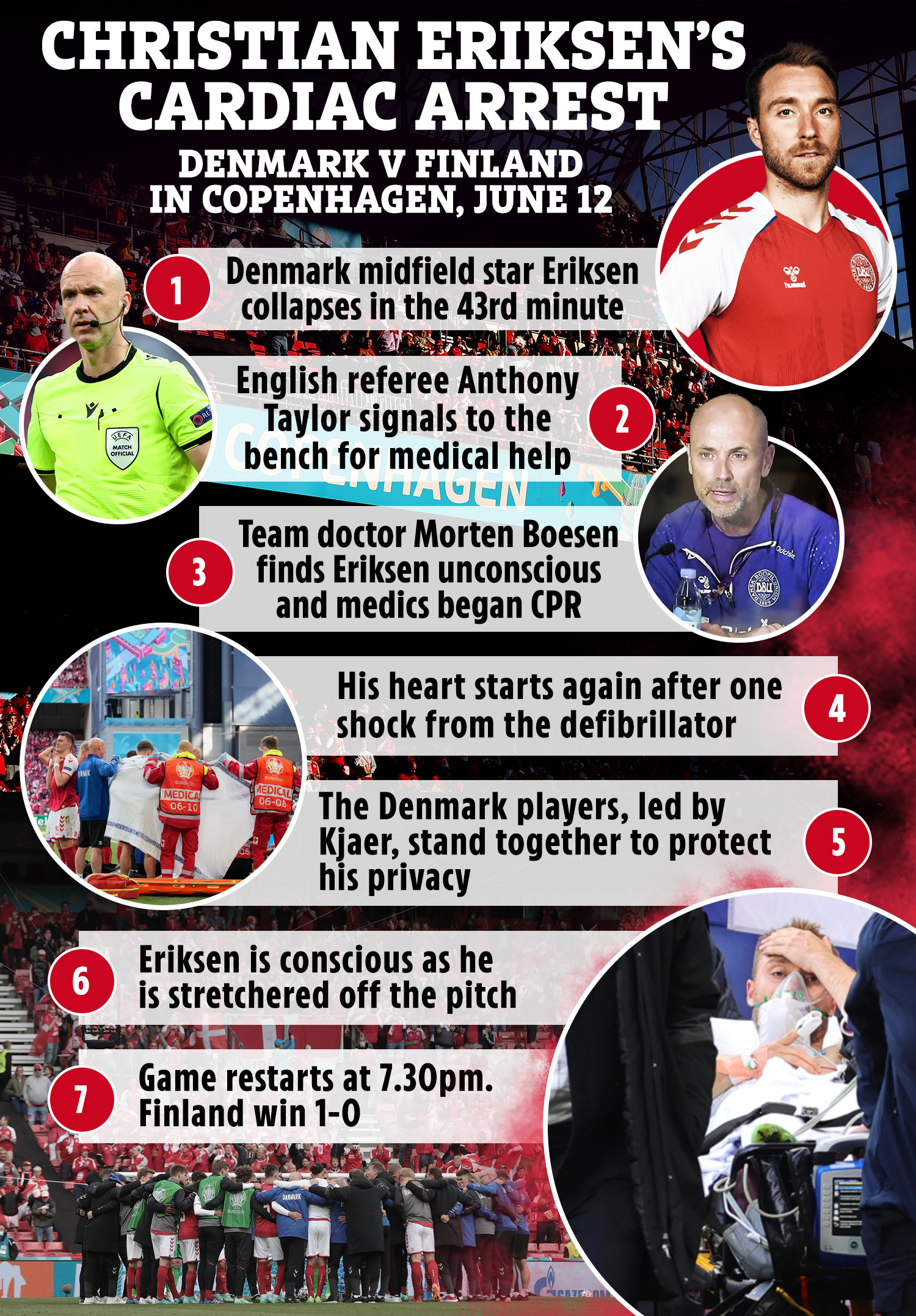 Czech Republic enjoyed a much less emotional rollercoaster in their group after a comfortable 2-0 win over Scotland kick-started their journey.

A tense 1-1 draw with Croatia followed before a narrow 1-0 defeat to England saw them slip to third in Group D.

But despite facing the much-fancied Dutch, Matthijs De Ligt's second-half red-card proved the catalyst for the Czech's to record a famous result.

Midfielder Antonin Barak said: "We have been following Denmark games throughout the tournament and know how they play.

"They have a well-balanced team and play an interesting style which is very demanding."

Patrik Schick. The Republic poster-boy has turned heads for his football ability and good looks.

The 25-year-old Bayer Leverkusen striker earned the plaudits for his stunning 50-yard strike against Scotland at the Euros.

And he was at it again in the last-16 as he bagged the settler in the 2-0 win over the Netherlands.

If the game’s rubbish

Katrine Friis is often seen cheering on her partner Andreas Christiensen, 25,  during centre-back's shifts for Chelsea at Stamford Bridge.

And the swimwear model will hope to see the Denmark ace reach the Euros quarter-finals along with his team-mates.

Katrine, who is 23, was pictured celebrating Chelsea’s Champions League success after Christiensen helped the Blues to capture their second major trophy in Europe. 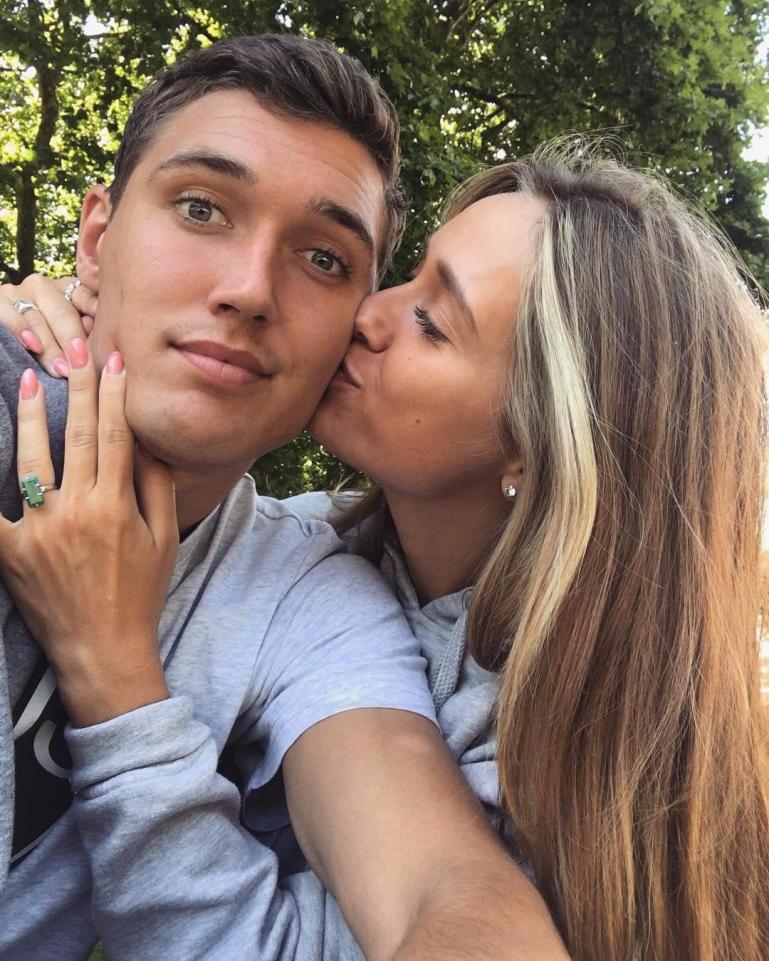 Get all your Euro 2020 ante-post tips with our tournament betting guide HERE.

*All odds correct at time of publication

01/07/2021 Sport Comments Off on Team news, injury updates and latest odds for Denmark vs Czech Republic with underdogs to fight for quarter-final spot
Lifestyle