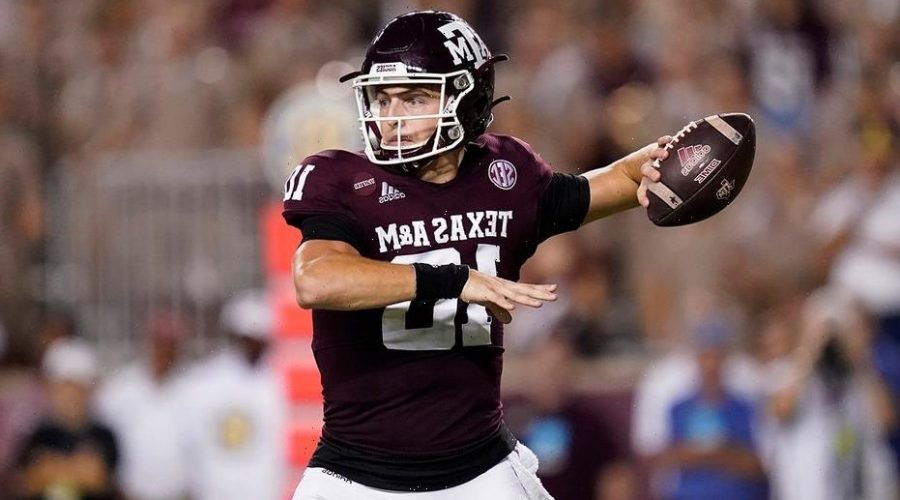 Texas A&M delivered the biggest upset of the college football season on Saturday.

Aggies quarterback Zach Calzada gave a heroic performance and Seth Small kicked a 28-yard field goal to give Texas A&M the 41-38 victory over No. 1 Alabama. 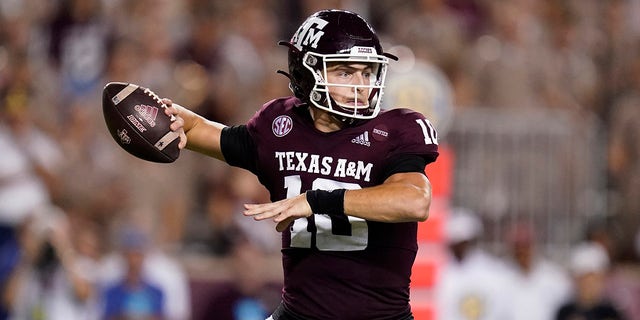 Texas A&amp;amp;M quarterback Zach Calzada looks for a receiver during the first half of the team’s NCAA college football game against Alabama on Saturday, Oct. 9, 2021, in College Station, Texas.
(AP Photo/Sam Craft) 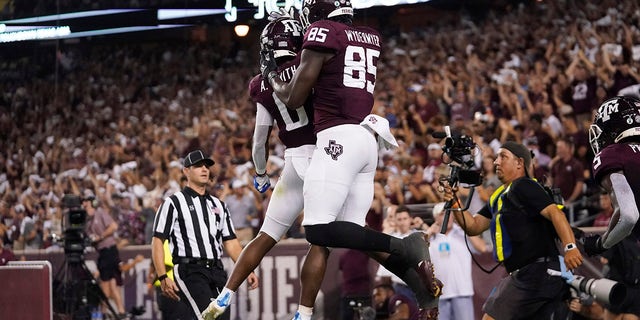 Alabama blocked a punt and recovered the ball in the end zone in hopes of turning the tide. On the kick off, Aggies returner Devon Achane returned a kick 96 yards for a touchdown. Texas A&M was hanging tough.

The Crimson Tide then scored 21 straight points to take a 38-31 lead with 5 minutes remaining in the game. Calzada, who wasn’t even the starting quarterback to start the season, led a 6-play, 65-yard drive to tie the game. He then led an 8-play, 54-yard drive to give Small the game-winning field goal. 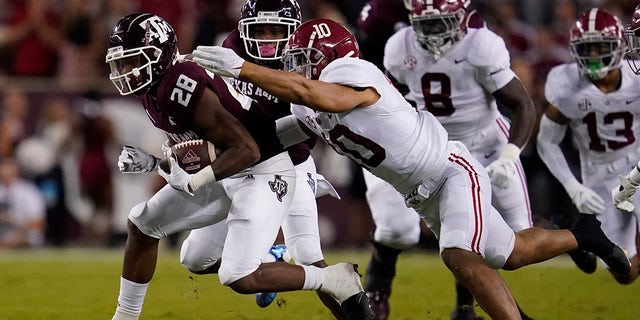 Texas A&amp;amp;M running back Isaiah Spiller (28) breaks away from Alabama linebacker Henry To’oTo’o (10) for a first down during the first quarter of an NCAA college football game Saturday, Oct. 9, 2021, in College Station, Texas.
(AP Photo/Sam Craft)

It’s the first time Nick Saban has ever lost to a former assistant coach – this one coming to Jimbo Fisher. It’s Alabama’s first loss since Nov. 30, 2019, when they lost by three to Auburn.

Bryce Young made some great throws in trying to get the team back in the game. He finished with 369 passing yards and three touchdown passes along with an early interception. 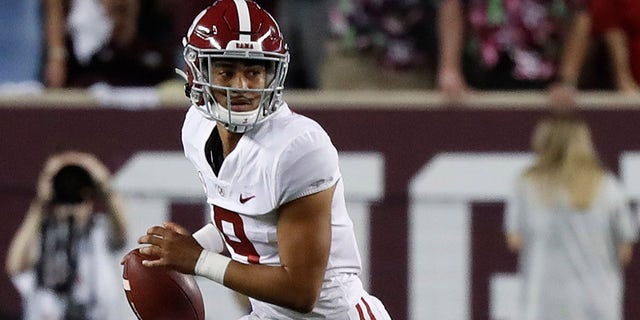 Bryce Young #9 of the Alabama Crimson Tide runs out of the pocket in the first half against the Texas A&amp;amp;M Aggies at Kyle Field on October 09, 2021 in College Station, Texas.
(Photo by Bob Levey/Getty Images)

Jameson Williams had 10 receptions for 146 yards and two scores. Roydell Williams had the other touchdown catch.

There will definitely be a new No. 1 team come Sunday afternoon. Georgia is likely to get the new No. 1 ranking with possibly Iowa being No. 2.