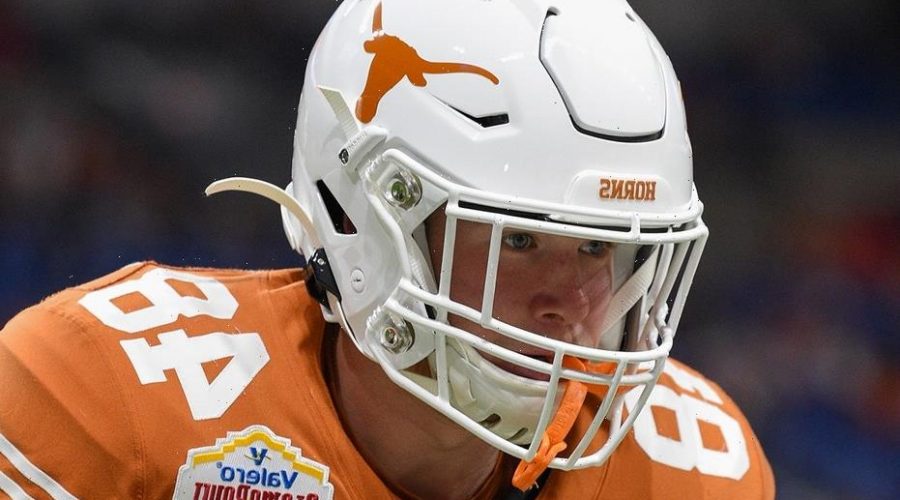 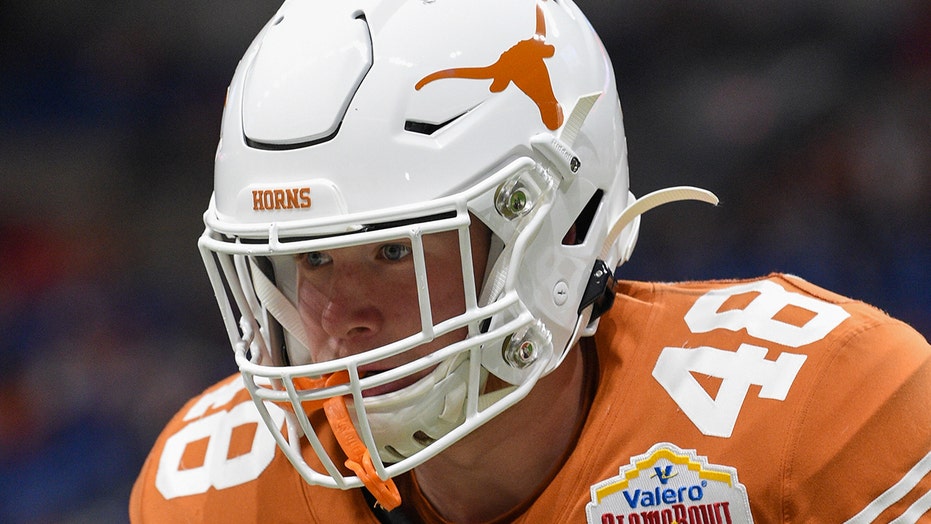 Jake Ehlinger, a University of Texas linebacker and the younger brother of former Longhorns star quarterback Sam Ehlinger, was found dead in May of an accidental overdose after taking Xanax laced with fentanyl, his family announced Thursday. 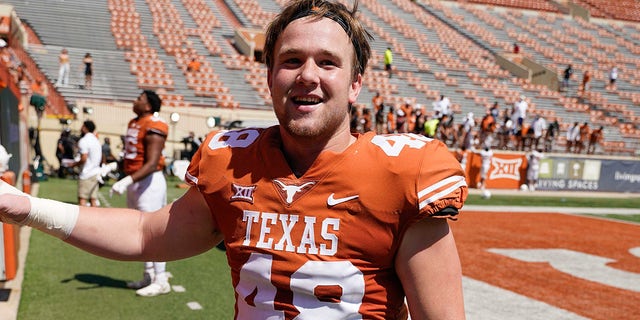 “The spread of counterfeit pills is an ongoing and significant issue throughout our country, particularly in schools, colleges and universities,” the family said in a statement. 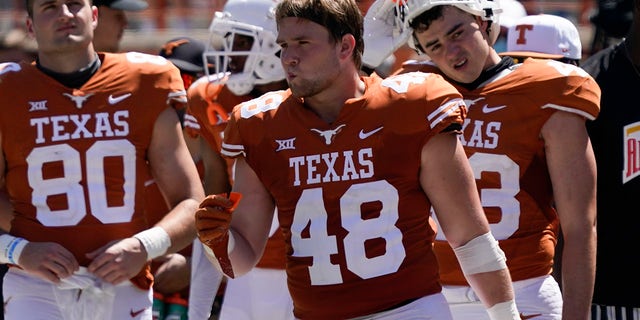 Jake Ehlinger arrived at the Austin-based school in 2019. With no scholarship in hand, he made the team as a walk-on. Though he hasn’t played the last two seasons, he was most recently listed as a sophomore on the team’s 2021 roster.

Sam Ehlinger was a sixth-round pick of the Indianapolis Colts after a college career that saw him rank among Texas’ career passing leaders. 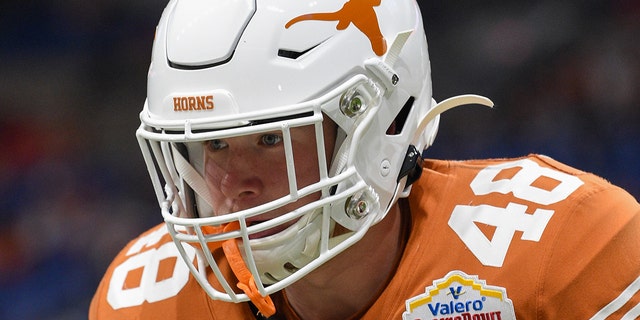 Texas Longhorns linebacker Jake Ehlinger (48) warms up before the Alamo Bowl between the Utah Utes and Texas Longhorns at the Alamodome on Dec. 31, 2019 in San Antonio, TX.
(Ken Murray/Icon Sportswire via Getty Images)

Ross Ehlinger, Sam and Jake’s father, died at age 46 in 2013 of an apparent heart attack while competing in a triathlon in San Francisco.