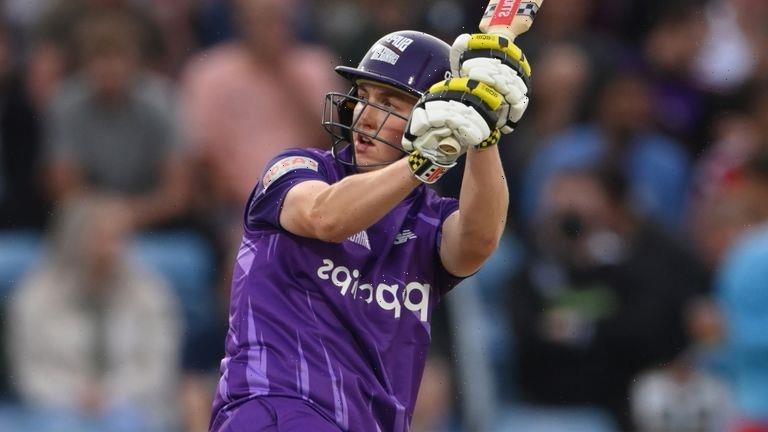 Welsh Fire withstood a late charge from the Northern Superchargers and the big-hitting Harry Brook thanks to a half-century from visiting captain Jonny Bairstow on his usual home ground at a febrile Headingley.

STORY OF THE MATCH

Fire skipper Bairstow admitted pre-match he would rather have bowled, but the away side capitalised on batting first and set an imposing total of 173, the highest score posted so far in The Hundred tournament.

Despite inventive opener Tom Banton falling cheaply, the next two in filled their boots with Bairstow hitting a brutal 56 and Ben Duckett grabbing 42 off just 27 before Jimmy Neesham’s rapid-fire 30 not out off 11 balls. 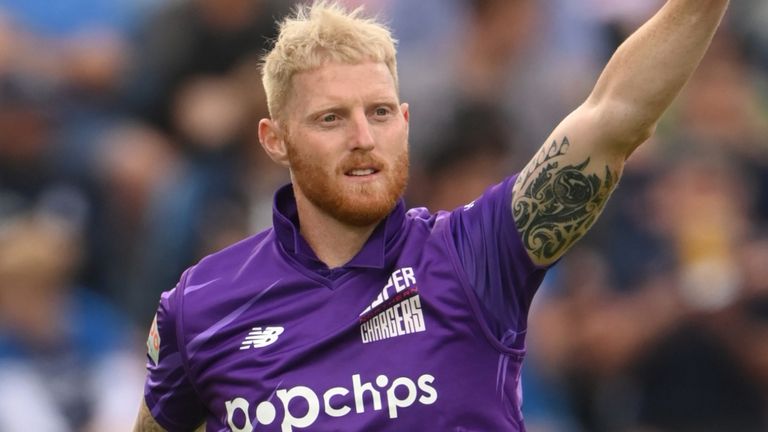 For the Superchargers, Adam Lyth (25) started well but the explosive Chris Lynn holed out cheaply and, with almost two a ball required and pressure building, Stokes sliced a hittable delivery to Glenn Phillips in the deep.

Harry Brook sparked a revival with five sixes in a 62 with a strike rate of 200, including a gargantuan free hit off Liam Plunkett, but the Afghanistan leg-spinner Ahmad killed the momentum of the comeback.

The late stand between Brydon Carse (20) and Matthew Potts (11) was too little, too late as the Superchargers finished five runs short.

Bairstow isn’t used to the away dressing room at Headingley, but once he was out on the grass, it was business as usual for the strapping opener in front of his familiar home crowd, on his home ground, in his home county.

The buccaneering England star teed off straight away, plundering a muscular 56 off 36 and dispatching all bowlers to all corners and ticking the scoreboard over with sharp, intelligent running between the wickets.

And what a way to get there – from just 28 balls with a big SIX! 💪@kp24: "It's an absolute clinic!" #TheHundred#NorthernSuperchargers 🟣 | #WelshFire 🔴

Oval Invincibles felt the positive effects of a partisan home crowd in midweek – winning tight games against the Manchester Originals in both the men’s and women’s competitions – but there was good-natured enjoyment and appreciation from the fans of his fine innings.

‘Carnage,’ the 31-year-old laughed at the halfway stage, and it was – despite Stokes walking past him with his pocket open to suggest he had ‘pocketed’ him! That word foreshadowed the fireworks of fellow Yorkie Brook too.

Yorkshire batsman Brook demonstrated once again how quickly the momentum, the atmosphere and the pressure can change in this competition.

The Superchargers looked dead and buried when England stars Stokes and David Willey departed for a combined seven, but the local lad struck a scintillating half-century off 21 before being trapped lbw by Welsh Fire’s gun bowler Ahmad.

Extraordinary from Brook, who nails the top-knotted Plunket for 6️⃣ over extra-cover – and wows Kevin Pietersen! #TheHundred 💯

As he was hitting, the decibel level started rising in the crowd, the Fire started misfielding simple balls, and before they knew it, the game was right back in the balance again.

In the end, his efforts were in vain, but it shows that despite what the win predictor says, if you have a good five or 10 balls, your team can suddenly swing back into contention.

Only Banton, who never really got his eye in, finished with a strike rate of less than 150 for the Fire.

A reminder: in white-ball cricket, and especially in the Hundred, it’s not only how many runs you score, it’s also how quickly you score them. In Test cricket, 60 off 60 balls is an absurdly quick innings; in a one-day international, it’s pedestrian; in a Hundred game, it’s a match-destroyingly slow innings.

The Fire’s high-octane, fearless ‘hit out or get out’ attitude meant no one was hanging around not scoring runs, allowing middle-order hitters like Phillips and Neesham to come and accelerate the scoring rate late on.

Losing wickets is fine when you’re picking up the runs in such snappy fashion!

Welsh Fire spinner Ahmad: “Pitch was good for spinning. The wicket is a little slow. The captain and coach said ‘you are my main bowler’.”

Northern Superchargers captain Stokes: “It’s the first game in this competition for us, to get to where we were in the end you have to give massive credit to Brook and then Brydon and Potts to even get us close at the end.

“Myself, Lynn and Lyth didn’t help the start of the innings but that gives the likes of Brook the confidence and responsibility to play that way and that’s what we want, for them to go out and express themselves.

“He takes the game on from ball one, he’s not scared or frightened to go against any bowler which is what we do in international cricket. I don’t think it’s too long before we’ll see him with the three Lions.”

On Sunday, there are another FOUR matches for you to enjoy!

Also from 2pm, Manchester Originals and Birmingham Phoenix’s women’s sides face off at Emirates Old Trafford, live on Sky Sports The Hundred via the red button, as well as on the Sky Sports Cricket YouTube channel and Sky Sports Mix.

Then, from 5.30pm on Sky Sports The Hundred, it is the turn of the men’s teams from Manchester Originals and Birmingham Phoenix.

Watch The Hundred live on Sky Sports this summer!

24/07/2021 Sport Comments Off on The Hundred: Harry Brook and Jonny Bairstow impress with the bat as Welsh Fire hold off Northern Superchargers
Lifestyle