That’s what the Jets did on Sunday in Los Angeles, where they were 17 ½-point underdogs and beat the Rams 23-20 anyway.

Biggest upset of this NFL season — by a lot.

The perfectly imperfect season now has a blemish. The Jets are 1-13, which means 0-16 is dead and so, too, possibly the chance to draft Clemson quarterback Trevor Lawrence.

You know how much the Jets care about the conflicted Jets fans who desperately want Lawrence in their Christmas stocking?

Not a damn bit. Sorry. Not sorry.

This one was for Jets quarterback Sam Darnold, who too often this season has looked washed up at 23. Darnold played his best game of the season, completing 22 of 31 for 207 yards and a touchdown with no turnovers against the league’s best defense. He got the ball out quickly and made quick, correct decisions.

This was for their 37-year-old dinosaur running back Frank Gore, who scored a touchdown on a fourth-and-goal and caught the game-clinching third-down pass, which allowed the Jets to go into victory formation inside the two-minute warning.

It was for the Jets safety Marcus Maye, who earlier in the game gave up a Rams touchdown and later in the game let an interception slip through his hands, but in the end helped clinched the game with a huge pass breakup.

It was for Jets rookie punter Braden Mann, who made a game-saving tackle of Rams punt returner Nsimba Webster on a 34-yard return late in the fourth quarter.

It was for every Jets player who’s played his ass off this season without reward.

Rams head coach Sean McVay was so moved watching tape of the Jets that he called Jets coach Adam Gase at 4:15 a.m. West Coast time late last week to tell him: “Man, these guys, they play hard for you. I know things haven’t gone the way you wanted. Keep those guys grinding and keep them pushing.’’

Gase’s players kept grinding and pushing for 60 minutes on Sunday and it cost McVay’s 9-5 Rams a chance to keep pace with the Seahawks for first place in the NFC West.

The Jets did so many good things in this game against a superior opponent it left you wondering where this has been all season.

They started fast and ended strong. The Jets defense forced the Rams on a three-and-out on the game’s opening possession.

The Jets offense responded by marching 74 yards on 13 plays in 7:12 and taking a 7-0 lead on an 18-yard scoring pass from Darnold to running back Ty Johnson.

Darnold was 6 of 6 for 54 yards on the drive. Four of those passes went to Johnson for 37 yards.

The Rams and Jets then exchanged three-and-outs.

Then, on the Rams’ third offensive possession, J.T. Hassell, a recently signed safety out of Florida Tech who was born with two fingers on his left hand, blocked a Johnny Hekker punt, giving the Jets the ball on the Rams 27.

They converted a 39-yard Sam Ficken field goal out of it.

The Rams’ next possession ended in an interception of Jared Goff by rookie cornerback Bryce Hall. The Jets got a 25-yard Ficken field goal out of that for a 13-0 lead with 7:37 remaining in the first half — their largest lead of the season at the time.

The Jets opened the second half with the first possession and went 72 yards on 11 plays in 6:34 to take a stunning 20-3 lead on the 1-yard Gore scoring run on fourth-and-goal.

“I don’t think I could have lived with myself on that one if we’d have kicked the field goal,’’ Gase said.

Gore would later seal the game with that 6-yard reception over the middle on third-and-6.

That came after Maye’s pass breakup on fourth down with Goff trying to connect with tight end Gerald Everett for the game-winning touchdown.

Finally, there was the most out-of-place scene of this Jets season: The offense lining up in the victory formation.

“Greatest feeling in sports,’’ Darnold said. “To be able to ice a game and know we had it. It was an amazing feeling.’’

The Jets, who lost 40-3 last week and 31-28 with five seconds remaining the week before, haven’t had a lot of amazing feelings this season. In fact, they’d had none until Sunday. 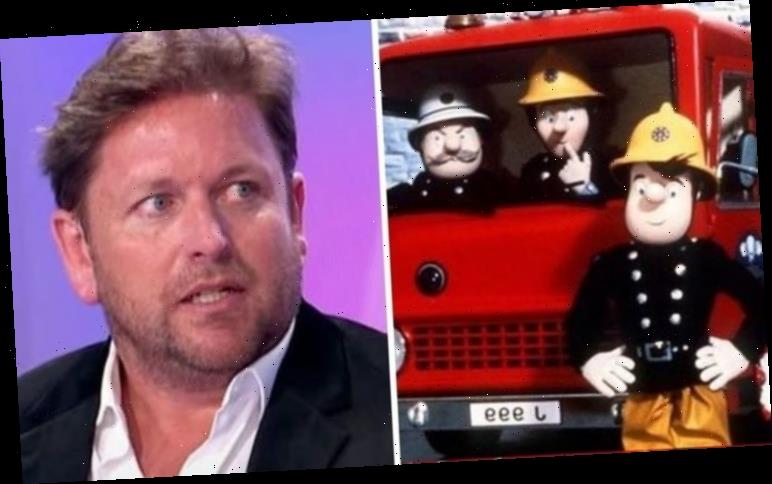