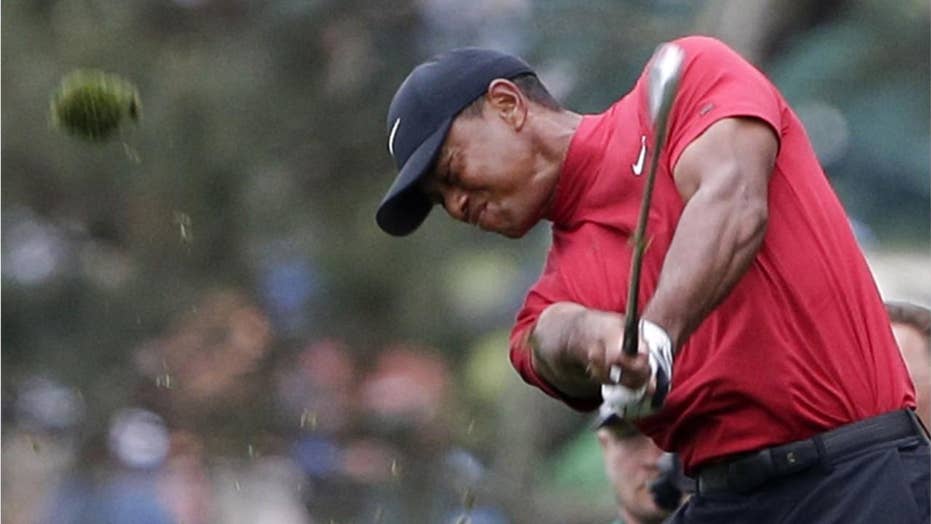 Tiger Woods took a shot at John Daly over the golfer’s use of a cart at the PGA Championship. It’s been over 5 years since a golfer has used a cart in a major championship tournament.

Before Tiger Woods won the 2019 Masters tournament back in April, he was seen as somewhat of a long shot, having not won a major in over 10 years.

But at least one bold gambler believed in him, wagering $85,000 on him to win.

James Adducci from Wisconsin took home $1.2 million from that bet, prompting Tiger to talk about him about at a driving range on Friday during his Tiger Jam event in Las Vegas.

"F—ing great bet," Tiger said in an Instagram post by Adam Weinraub, which drew laughs from the crowd.

Adducci took his good luck a step further after the Masters, when he decided to bet $100,000 on Woods to win the next three majors, which would have required the golf star to accomplish the highly unlikely "grand slam." With 100-1 odds, Adducci would have taken home $10 million.

A grand slam is when a player wins golf's four biggest golf tournaments: The Masters, U.S. Open, Open Championship (British Open) and PGA Championship within a calendar year. The only person to win a grand slam was Bobby Jones back in 1930. Woods haS won the four major tournaments in a row before, dubbed the "Tiger Slam", but not within a calendar year.

Tiger's grand slam opportunity faded when he missed the cut at the PGA Championship back on May 18, causing the luck to run out for Adducci.

Tiger acknowledged his second bet probably wasn't a good idea, seeing as no one has accomplished the feat in over 80 years.

"Dumb— for the Grand Slam part, though." said Tiger, poking fun at himself and Adducci.