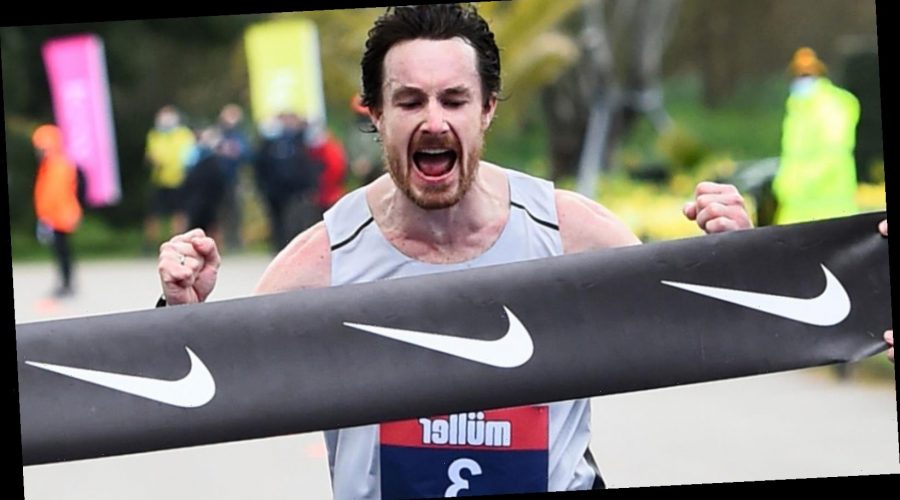 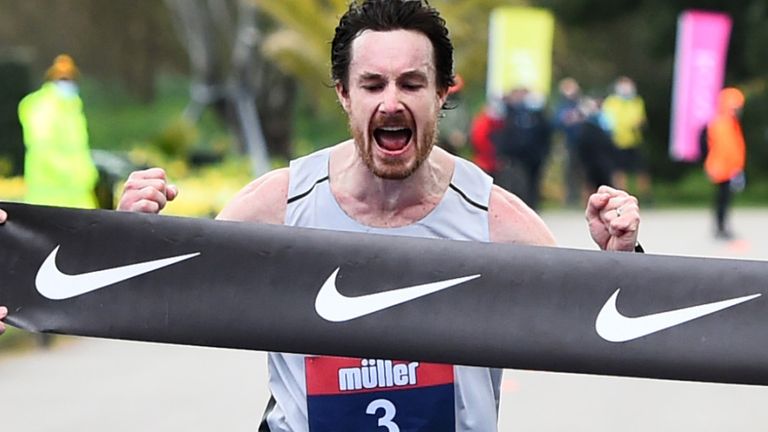 “Age is one of those strange things we put labels on. As much as I will be 40, I still want to go there and compete hard because I still take myself very seriously as an athlete and not just someone who is defying odds in a way.”

Chris Thompson’s international athletics career dates back to 1998 when he ran the 3000m steeplechase in the World Junior Championships.

Twenty-three years since he first wore a GB vest and the now marathon runner is readying himself for a second appearance at the Olympics this summer – “I want to go there with an attitude that I can go and compete,” he tells Sky Sports News.

Thompson, among the first seven members of the Team GB athletics squad confirmed for the Tokyo 2020 Olympics, won his spot with victory at the Great Britain marathon trials last month.

He achieved it in style, running the Kew Gardens course in two hours 10 mins 50 seconds, 40 seconds inside the qualifying time. It was also a lifetime best for Thompson, who turns 40 later this month.

Qualification on the day had proved far from straightforward. With around seven miles of the race left to run, he was 34-35 seconds off the pace before he regained his place at the front. 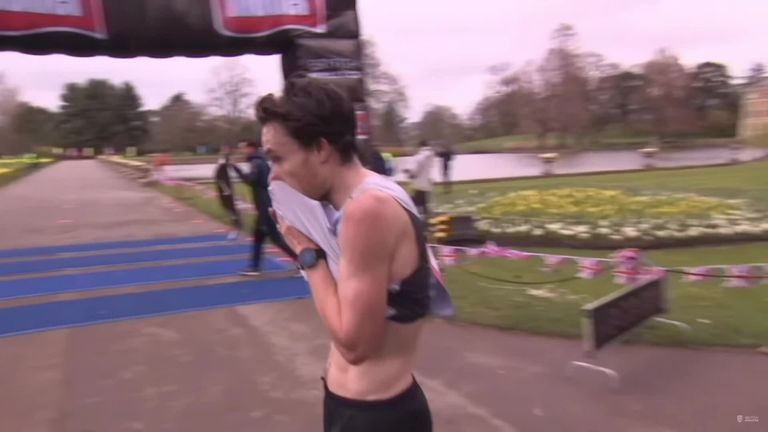 “It was a weird sporting moment for me to really have my back against the wall,” Thompson says. “In boxing terms, I was on the ropes.”

It is 11 years since his first and only international medal – 10,000m silver behind Mo Farah at the European Championships in Barcelona.

Reflecting further on his trials victory, he adds: “I was watching my Olympic dreams disappear in front of me and it wasn’t just an Olympic dream on the day, it was possibly marking the end to my career in a lot of ways.

“There was so much on the line, I didn’t have a qualifying time. I needed to be top two, this was almost certainly my last chance…

Securing Olympic qualification for Thompson was made all the more special as it followed shortly after he became a father to Theo earlier that week.

“I don’t know what is more unbelievable, holding Theo right now as a dad or the fact that I am going to my second Olympics,” says Thompson, who finished 25th in the 10,000m at London 2012.

“I am not a mushy person. Sports has hardened me a bit, but he has really taken down the barriers. To have him at 39 really is but a number.”

Carlsberg don’t make weeks, but if they did it probably look something like the last 7 days I’ve just had. I can’t express how much everyone’s comments have capped everything off. I kept fighting through the years but never did I dream quite like this. Thankyou all so much. pic.twitter.com/xe0EiWOoal

Thompson says heat chambers will likely now be part of his preparation for competing in Japan this summer, with the race to be held in Sapporo.

“The tougher the conditions, I’d have loved it to be high up in Japan, the better, because the more it is about the prep and not just about the way the big city marathons go with pacemakers,” he says.

Representing Great Britain once again this summer will take on extra significance personally for Thompson, with a former team-mate now the head coach at UK Athletics.

“It is also really sweet because when I first ran with my GB vest the athlete that won the 100 and 200m was Christian Malcolm at that,” explains Thompson, who will be joined by fellow British marathon runners Callum Hawkins and Ben Connor.

“Now he is going to be the team manager at the Olympics and I was actually his first GB athlete to phone to tell that had made the Olympic team.

“That makes me feel even older but at the same time also really special as well.”