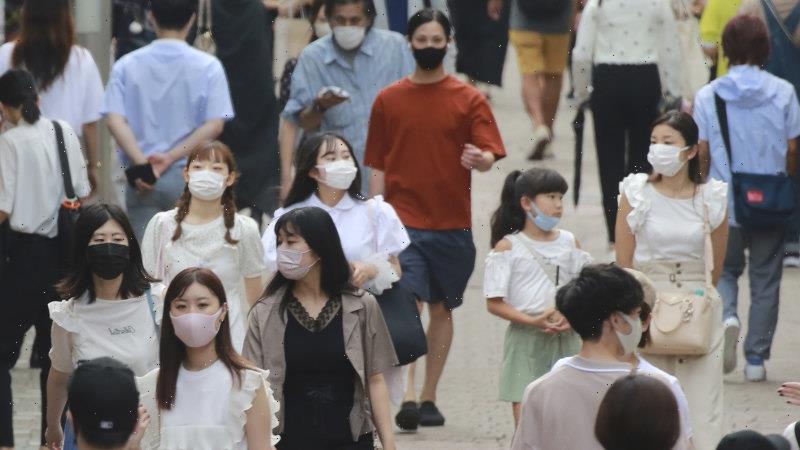 Tokyo: Japanese Prime Minister Yoshihide Suga says there is no need to cancel the remainder of the Tokyo Olympics despite another record jump in the number of daily COVID-19 infections, because fewer people are arriving for the Games.

The city added more than 3000 cases on Wednesday, the metropolitan government announced, up from 2848 cases on Tuesday, for a third consecutive record day since the pandemic began. Tuesday’s figures were double of Monday’s. More than half of the newly infected people are in their 20s and 30s. 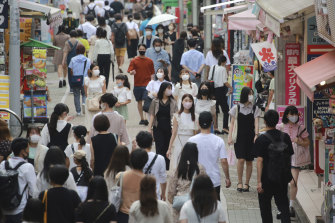 People are flouting restrictions and the Tokyo Governor, Yuriko Koike, wants them to stop. She also urged the young to get vaccinated.Credit:AP

The Olympic bubble added 16 more cases on Wednesday including four officials and two media representatives, bringing the total to 169 since the Games began.

Tokyo Governor Yuriko Koike has now asked the city’s hospitals and hotels to secure more beds for COVID-19 patients as the Japanese capital prepares for another infection surge during the Olympics.

On Wednesday, Koike urged the young to get vaccinated and warned them against heading to bars and restaurants that are continuing to flout coronavirus restrictions.

“While we wait for the effects of vaccination to become clear we continue to ask people to refrain from going out,” she said.

“We have asked the hospitals to secure more beds and more hotels are being designated for care and treatment while we increase the numbers of nurses.”

Fans are banned from Olympics venues but there are no enforceable penalties for people gathering in this city of 14 million which relies on a voluntary compliance framework.

Koike, who could challenge Suga for the country’s leadership at the next election in October, said COVID-19 was a “major crisis” but vaccinations were helping to keep hospital admissions down. 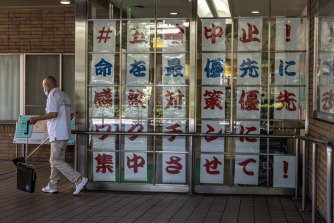 A cleaner works next to a protest banner displayed in the window of a hospital near the Tokyo Olympic Stadium that reads “Stop Tokyo Olympics. Prioritise saving lives. Concentrate on COVID vaccine”.Credit:Getty Images

She said the majority of the elderly (68.2 per cent) had been fully vaccinated and infections among them had decreased, but younger Japanese residents were not yet immunised.

“Younger people’s activity holds the key [to slowing the infections], and we need your cooperation,” Koike said.

“Please make sure to avoid nonessential outings and observe basic anti-infection measures, and I would like younger people to get vaccinated.”

Tokyo’s Bureau of Social Welfare said the city’s record high was due to a combination of the more virulent Delta strain and the four-day holiday period over last weekend.

“The number of infected cases is high but Tokyo has secured hospital beds to prepare for the expansion of infection,” a spokeswoman said.

The positive infection rate in Tokyo is continuing to mount with up to 15 per cent of tests in the city on Wednesday returning a positive result, compared to less than 0.5 per cent in NSW or Victoria. The high return rate suggests actual infection numbers could be a lot higher in Tokyo.