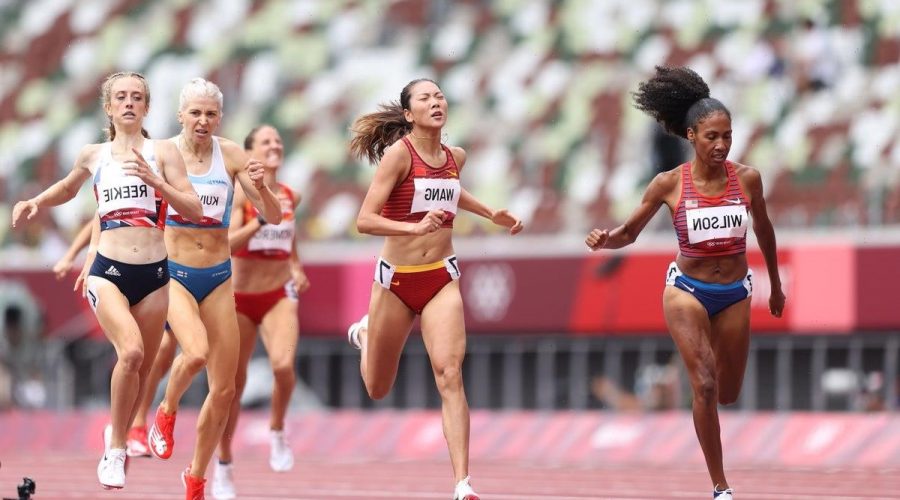 China’s athletes are facing mounting pressure from ultra-nationalists in their country and sky-high expectations to win gold medals in all the competitive events of the Tokyo Olympics at all costs.

Even though the total medal tally for the 2020 Olympics shows China as having scored 30 golds, the most among all countries as of today, the country’s social media is awash with posts that have attacked athletes for not confirming to their expectations.

While athletes from western countries such as Simone Biles have stood by their decisions after similar criticism was levelled against them for withdrawing from competitions to take care of their mental health, some of their Chinese counterparts have been seen on stage bucking under the pressure of these expectations.

China’s mixed doubles table tennis team – that lost to Japan last week – made a tearful apology for clinching a silver.

Similarly, weightlifter Liao Qiuyun, 26, lost the gold medal in the 55kg division and was seen crying afterwards, with her coach, also crying, comforting her.

A silver was a great achievement, one journalist reportedly told her, but Liao looked at the floor in silence, according to a New York Times report.

“Today I did my best,” she said, proceeding to break down again.

“I feel like I’ve failed the team… I’m sorry everyone,” said Liu Shiwen, one of the Chinese athletes for the tennis mixed doubles team, as tears welled up in her eyes.

The reactions of the Chinese athletes after winning a silver medal, by no means an easy feat, have come because of what several experts claim to be the effect of nationalism in competitive sports.

China has a contentious political history with Japan, something that made the loss tough for the country’s several ultra-nationalists to accept.

This, coupled by the fact that the Games have been hosted in the country that had invaded China in the past, perhaps played a part in mounting online criticism and anti-Japanese posts against the athletes and the host country.

“If Japan hadn’t held the Olympics, the world might still sympathise with it. Now, not only is the Olympic spirit absent, the anti-Japanese sentiment has been awakened,” Yin Jiliang, a Shanghai-based vlogger, was quoted as saying by the South China Morning Post.

The criticism was triggered from an old Weibo post that had her showing off her Nike shoe collection. The brand has been boycotted for its decision to not use cotton from Xinjiang because of allegations of forced labour from the international community.

“As a Chinese athlete, why do you have to collect Nike shoes? Shouldn’t you lead the way in boycotting Nike?” read one such post attacking Yang.

The online criticism has mostly come from young nationalist users from China, called “little pinks” because of a play on Chinese characters that mean “fans of the red.”

These users – who have defended the Chinese government from criticism – have gained prominence on social media for years because of their nationalist posts.

Their nationalist fervour during the Games has, however, been countered by several users online as well as by the Chinese government itself.

One user said the criticism faced by the mixed double tennis team was unfounded.

“The competition was brilliant. Both sides were very strong and were very humble and respectful towards others. Why can’t you show respect to table tennis and sports? Those radical Little Pinks are annoying,” said one Weibo user.

“I hope that all of us in front of the screen will establish a rational view of gold medals, and of victory and defeat, to enjoy… the Olympic spirit,” said a commentary from the state-run Xinhua news agency, reported the BBC.

Some experts, quoted by the BBC, said there was “danger” for the Chinese government that some claim has exploited online nationalist sentiment.

“The CCP tries to exploit online nationalism for its own purposes, but events like this show that once Chinese citizens get riled up, the state has great difficulty in controlling these feelings,” Dr Jonathan Hassid, a political science expert at Iowa State University, said.

“Exploiting nationalist sentiment is like riding a tiger. Once on board, it is difficult to control and hard to get off,” he added.

03/08/2021 Sport Comments Off on Tokyo Olympics: Chinese athletes crumble under pressure as nationalists back home turn on them
Lifestyle