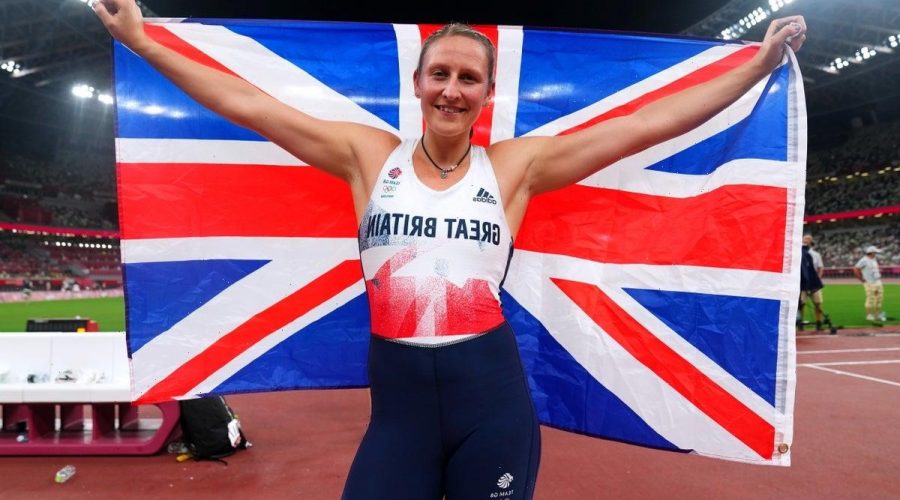 In pole vault, the high always comes before the fall. But as Holly Bradshaw cleared 4.85m on Thursday evening in the Olympic Stadium to confirm her place in the top three, a previously elusive high had finally been reached as she crashed back down to earth.

Bradshaw, aged 29 and in her third Olympics, finally has her medal. It would eventually be confirmed as bronze, as American Katie Nageotte took gold as the only one to clear 4.90m. The favourite, Anzhelika Sidorova of the Russian Olympic Committee, fought back the tears as she had to settle for silver.

For Bradshaw, medalling at the biggest show in town is merely confirmation of what people have known about her over the last decade. She consistently makes top-10 lists, and was ranked third coming into this event. And while she might have memorised those standings – along with her British outdoor record of 4.90m achieved at the national championships this year, and the indoor one of 4.87 from 2012 – now she has something to show for her talent and effort.

It’s not just the Olympics where she fell short, but the World Championships in between, in 2015, 2017 and with a narrow fourth finish in 2019. A reputation as a nearly woman of the sport was building, albeit not in her mind or that of her coaches.

She was 20 in 2012 when she nailed that 4.87, which was regarded as something of an outlier by her coach Scott Simpson. But the 4.90 achieved in June was a reminder that there was a top performer inside her, even if it hadn’t quite revealed itself yet. She, though, never doubted that.

That’s not to say there were not challenges. After a tough 2017 when she finished 6th in the World Championships, she did a lot of soul-searching. Some of it instigated by online abuse, but most from herself: what she wanted from the sport, and life more broadly.

“The start of my career leading up to 2012, I didn’t put a step wrong. While that was good in the moment, I didn’t really learn much about myself and the event.

“So then the four years leading to Rio and 2017 were really difficult. I had so many injuries, I put so much pressure on myself, I just got myself in a really dark hole where I didn’t want to be and it wasn’t me. 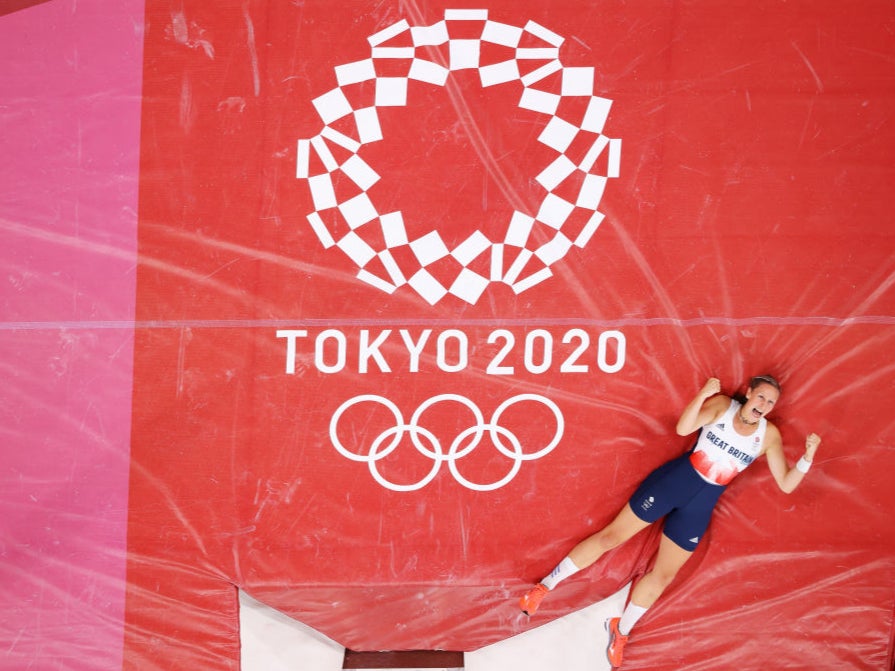 “In 2018 I had to change a lot of my inner values, work on myself and change stuff to enjoy it more. Since then I just feel like I love what I’m doing, whether I come sixth, fourth, first in any comp, it doesn’t matter. It’s about me jumping, enjoying it and enjoying the journey. The last four years I’ve just been building, building, building.”

Part of that was picking up on traits Bradshaw did not like about herself. A loathing that you imagine most athletes have but one that was manifesting itself in a counter-productive way.

“Someone would jump really well in America and I’d be gutted. It would hurt me, I’d feel sick to my stomach. I didn’t like that in myself so wanted to change that. Any little thing that I felt like that, I researched it, spoke to my psychologist and wanted to change myself. That was really helpful to me.”

That also ties in with her dissertation which, as it happens, is research into post-Olympic blues, both for athletes and coaches. She’d make an interesting case study because, well, she has no plans to let this be an end-point.

It would not be unfair to say this was a weak field for an Olympic final, following the blow of losing American Sandy Morris during the qualifiers when her pole broke on a sodden runway, resulting in a hyperextension of the Rio silver-medalist’s hip flexor.

And so there were only four through to the third round onwards, to clear 4.80. A stellar one, mind: defending Olympic champion, highly-touted American, the No1-ranked Sidorova and the seasoned Briton who had always hovered among the best. 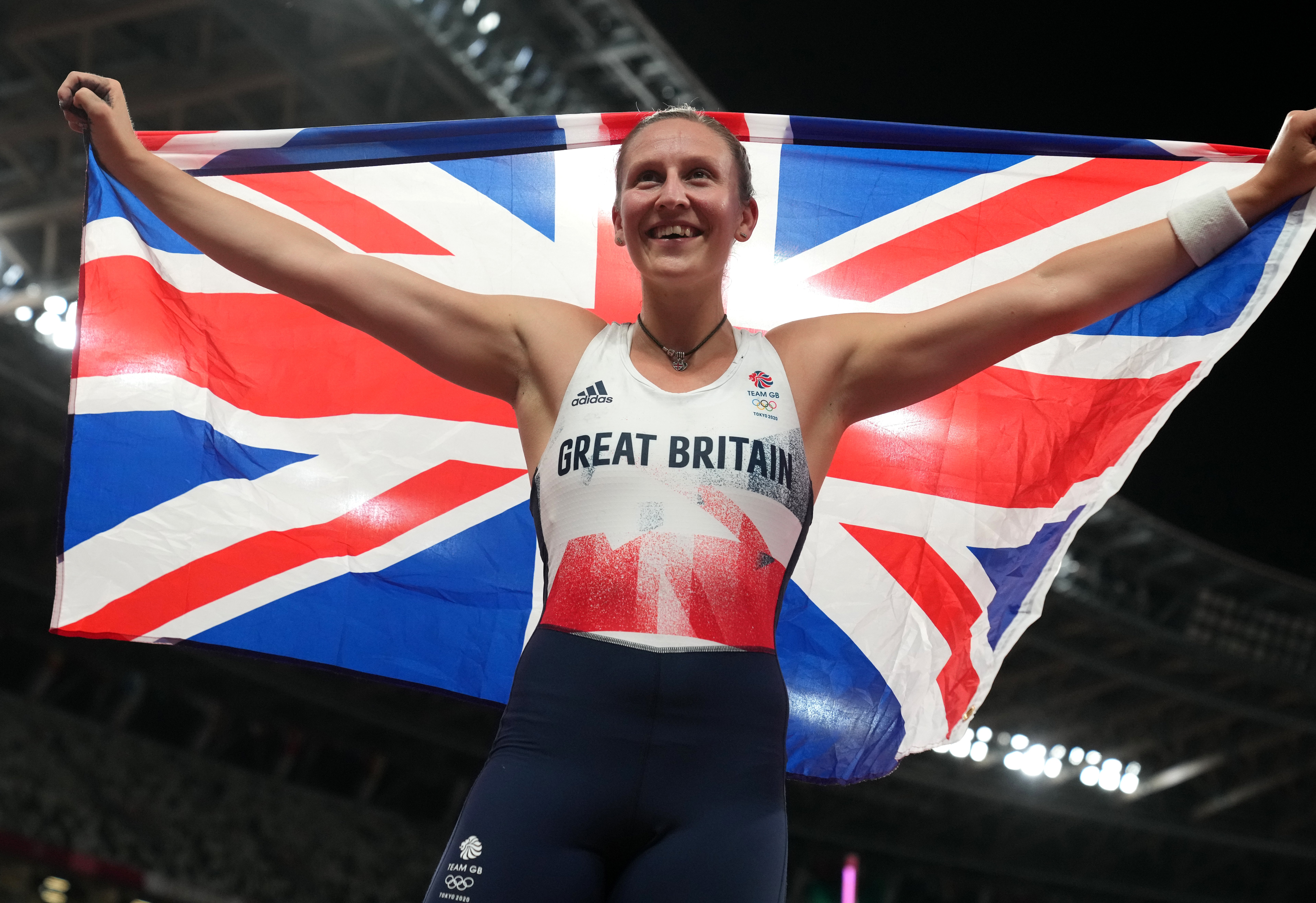 At 4.85, Stefanidi passed on her second attempt to join the other three on 4.90. Alas, her attempt at taking the lead with her first go at that height did not get off the ground, mis-planting of her pole and running onto the crash mat.

With the front three now set, the order needed to be determined. And after all missed their first attempt, Nageotte made it over to set her apart. Sidorova was crestfallen as she missed the chance to draw level for a top two shootout after Bradshaw had to settle for bronze on the count-back. The Russian’s dismay was exacerbated by the fact her opening failure at 4.90 came after four flawless clearances.

Nageotte thought about going for 5.01 to set a new personal best. But after running through on her first attempt, she decided to call it a night. She was happy with what she will take away from her first Olympic Games. As happy as Bradshaw finally taking something away from her third.

Not one she expected, or that she would have dismayed if she missed out on. But it does highlight to her just how remarkable her stickability and inner strength have been.

“I think it just shows my resilience and will to keep going. Pole vault is a funny event. You can be in the best shape of your life and still come seventh so it’s really, really hard to win a medal.

“The fact that I’ve been so close for so many years, I knew at one point I’d hopefully get on the podium. It just feels so special. I’m just really, really happy.”

05/08/2021 Sport Comments Off on Tokyo Olympics: Holly Bradshaw launches herself to elusive high at last with pole vault bronze
Lifestyle