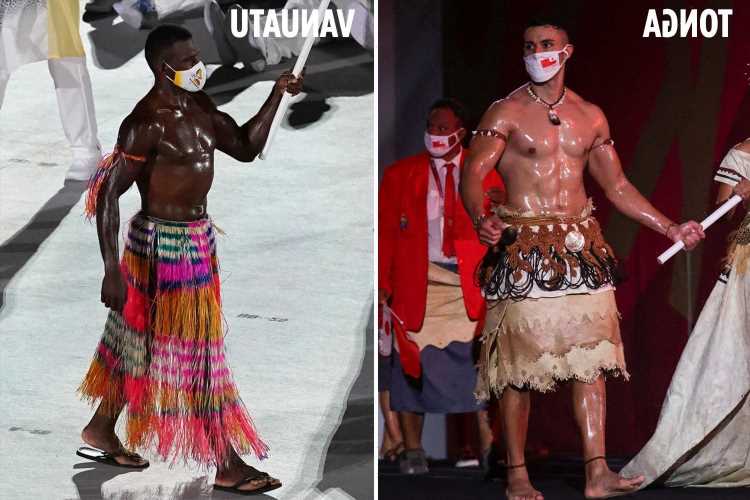 TONGA'S oiled up topless flag bearer returned for a third straight Olympics and stole the show at opening ceremony.

Pita Taufatofua has starred at Rio in 2016, the winter games in PyeongChang in 2018 and now in Tokyo. 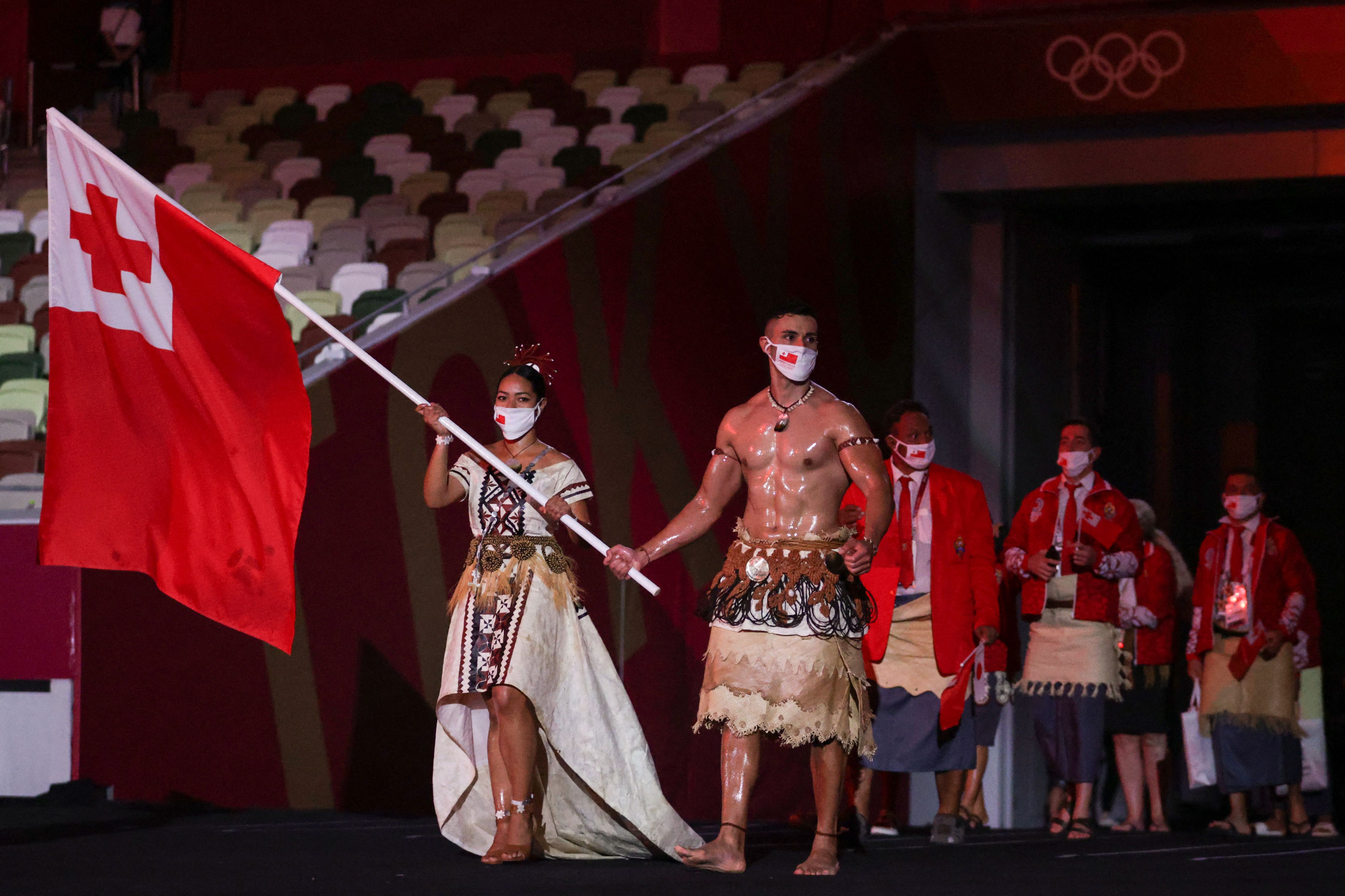 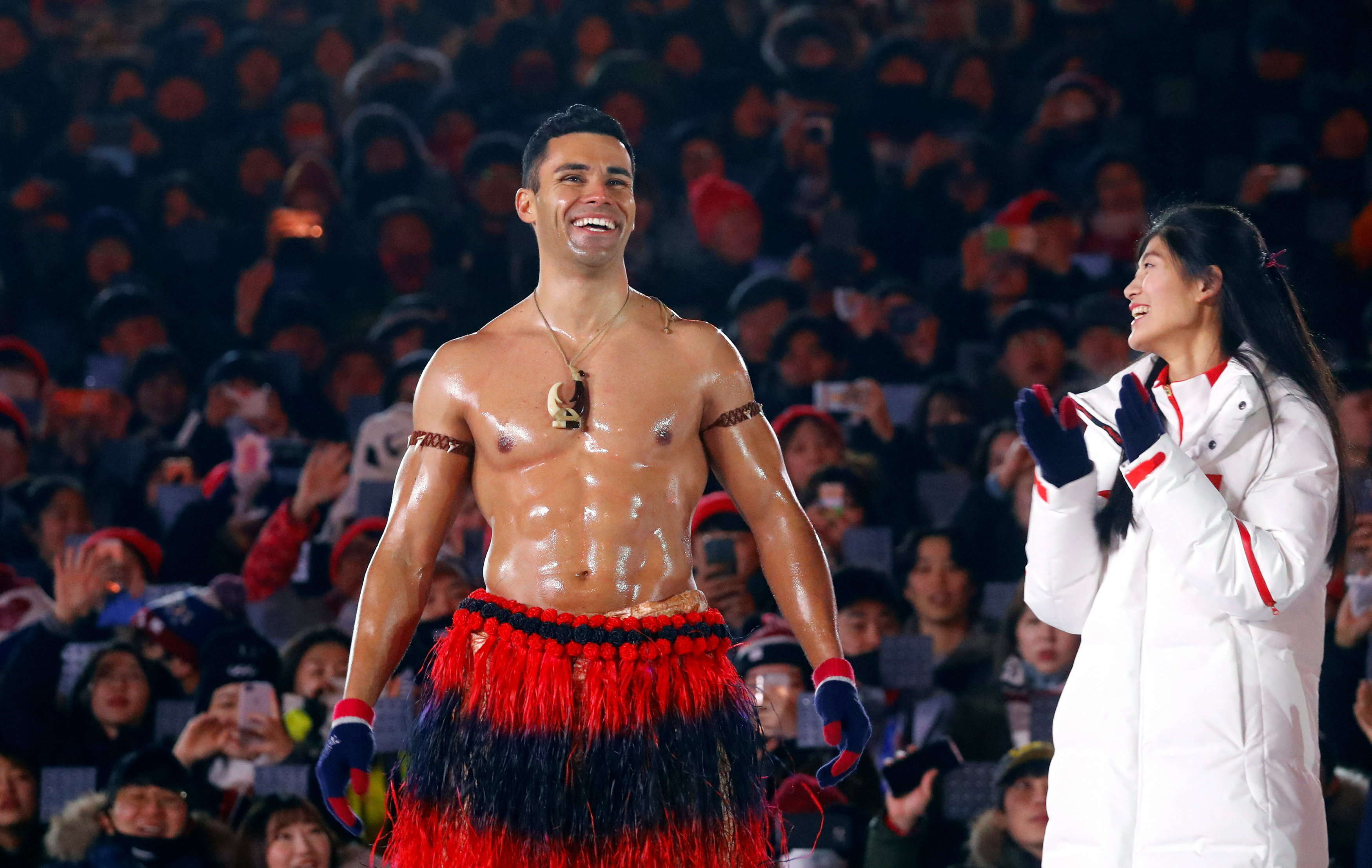 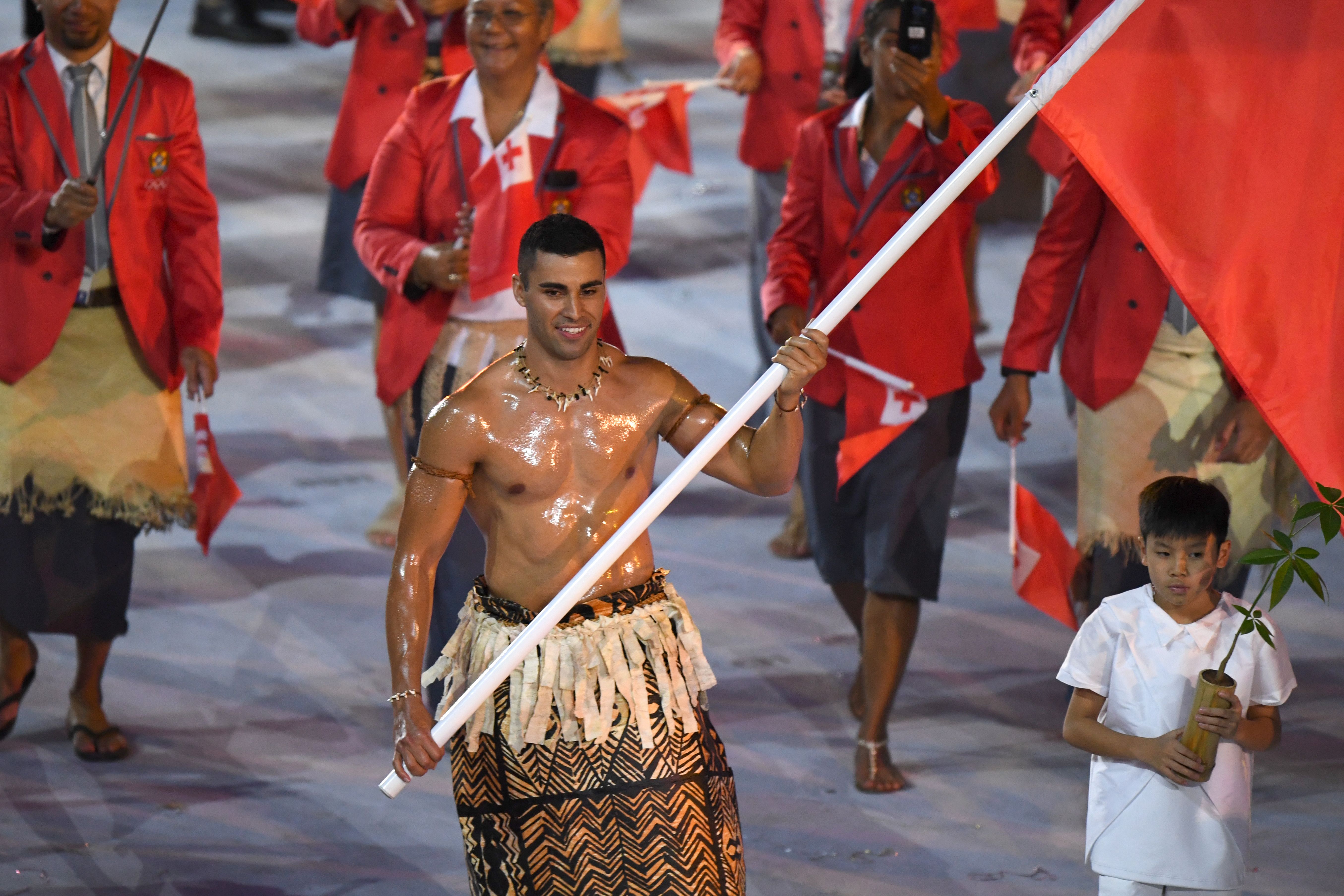 Tongan athlete competed in taekwondo four years ago and then cross-country skiing during the winter games two years later.

He attempted to qualify for canoe sprint but was unable to do so, and will instead compete in taekwondo in Tokyo.

Despite the setback, it did not stop the monster of a man again grabbing the attention as he led out Tonga.

However, he came up with with some 'competition' – as Hazel Irvin said on commentary – in the shape of Vanuatu's Rio Rii.

Rower Rii was also oiled up heavily and ready to steal the show.

Taufatofua qualified for the taekwondo tournament before the coronavirus pandemic began.

But unable to compete in internationally, it been an intense year for training, while also quarantining in Australia since last March. 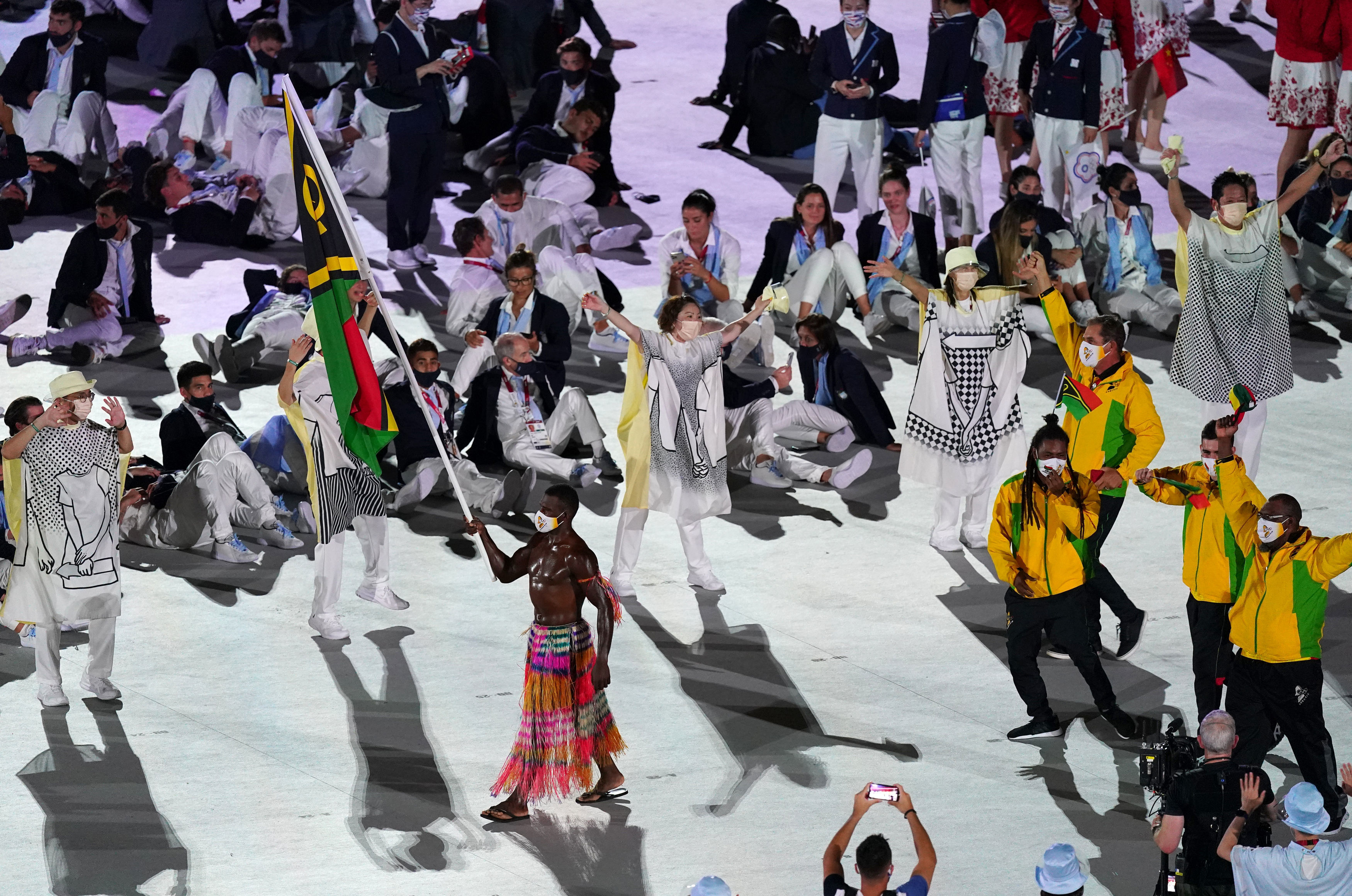 OLYMPICS BETTING SPECIAL: GET ADAM PEATY TO WIN ANY MEDAL IN THE BREASTROKE AT 20/1

Taufatofua, 37, told USA Today: “We haven't been able to go to any other countries to do any competition to compete against other people.

“There were other challenges, but there's no victory without first going through the battles.”

Taufatofua first shot to prominence in 2016 as his oiled up pecks went viral – but he was happy to use the viral fame to promote Tonga.

He said: “If you go to Tonga and if you have any problems, you'll be fed.

"As a tourist, someone will feed you and they'll offer you everything that they have.

“That's what I believe being a Tongan and being a Polynesian is; understanding that we don't have much, but everything we have, we're willing to offer it out to the world.”