KYLIAN MBAPPE is the fastest footballer in the world. 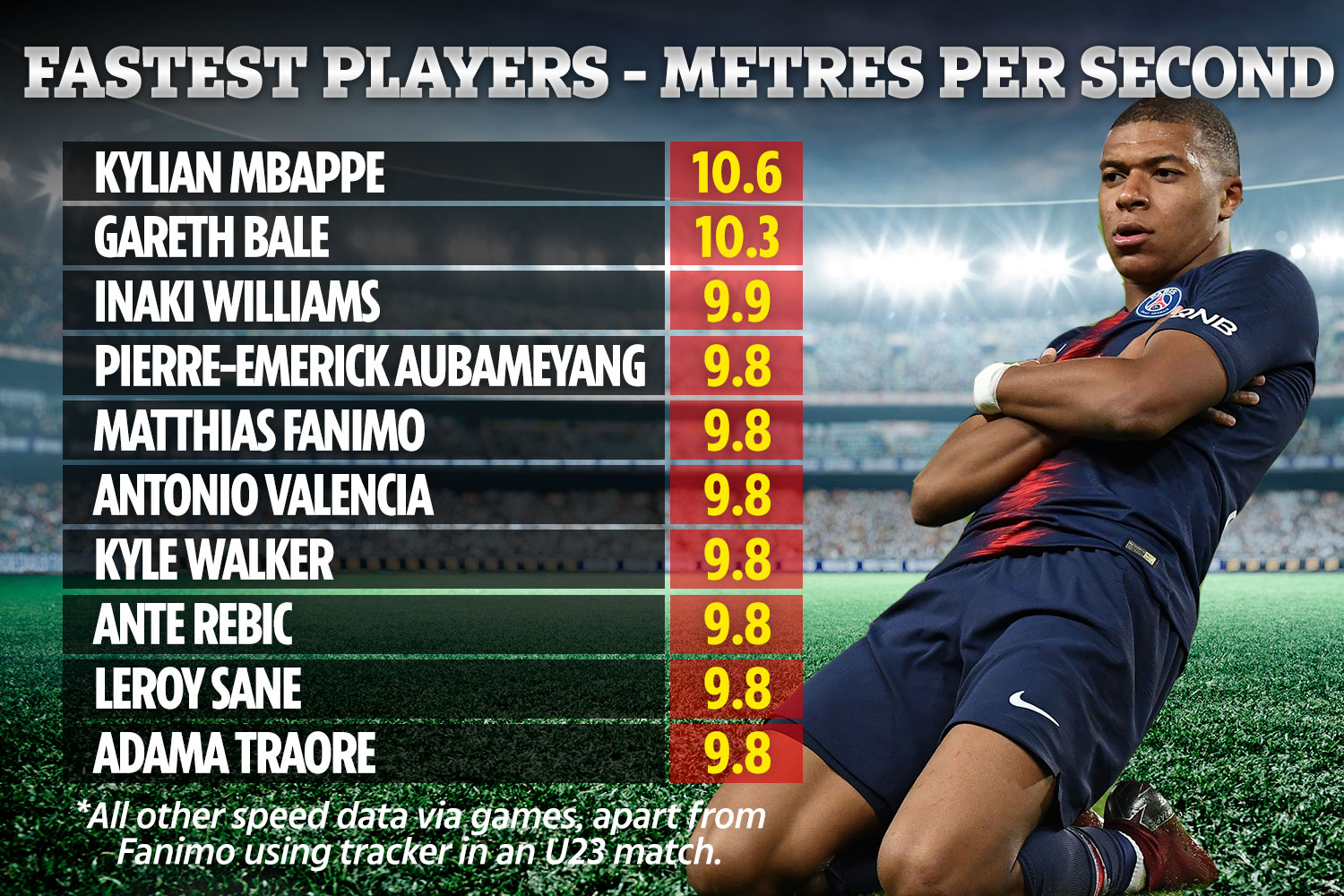 Of course his goals have been part of the reason, but his stunning speed with and without the ball has also helped split open defences everywhere.

World Cup winner Mbappe, 21, has clocked a top speed of 10.6 metres per second.

That equates to around 22.4mph.

It is still some way short of 100m world record holder Usain Bolt.

The Jamaican sprint king reached 27.8mph when he set the record in 2009.

But in football, France's Mbappe – who recently hit out at claims Ligue 1 was a "farmers league"- leaves the rest trailing in his wake.

Real Madrid's Gareth Bale – who reportedly wishes he was back at Spurs – is rated as the second fastest at 10.3m per second while Athletic Bilbao's Inaki Williams is third with 9.9m per second.

Arsenal's Pierre-Emerick Aubameyang shows no signs of slowing as he gets older.

Wolves' Adama Traore covers his arms in baby oil to escape the grip of defenders.

But despite assumptions he is the fastest in the game, his 9.8m per second best is only good enough to tie with seven others.