HERE'S a stat that'll make you think twice about the men's game being more popular than the women's.

Last week, Tottenham Women made a huge statement in the WSL by signing USA star Alex Morgan on a season-long loan from Orlando Pride. 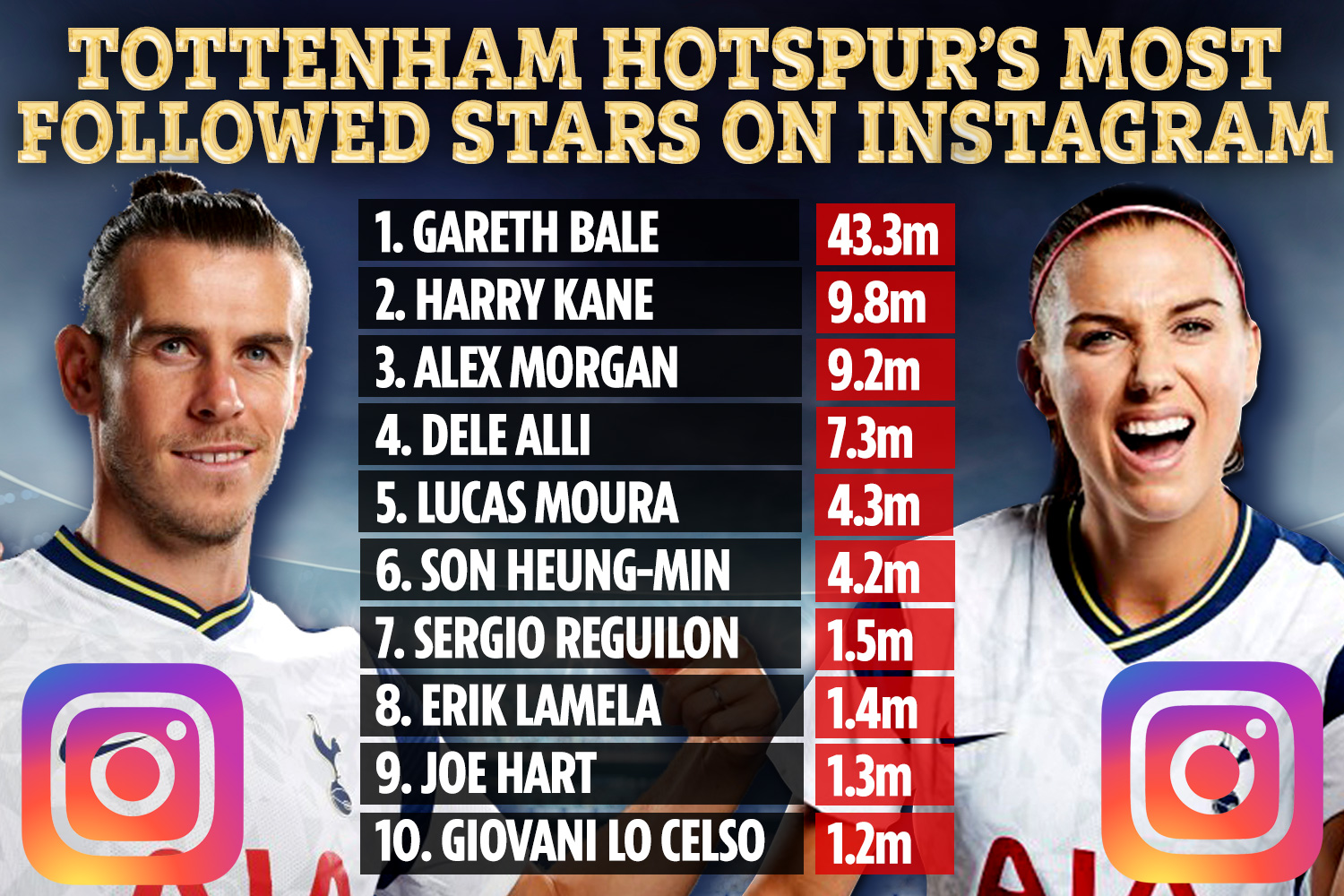 The 31-year-old striker, who has a remarkable 107 goals at international level, has amassed 9.2million followers on Instagram – thanks to her prowess on the pitch and commercial value off it.

Incredibly, that's more followers than the majority of the men's team, including major stars Son Heung-min and Dele Alli.

But who has the most?

Loan-signing from Real Madrid Bale, 31, is WAY out on top when it comes to popularity on Instagram.

He has an amazing 43.2m followers, that means he boasts one of the biggest social media presences in the game.

Bale recently shared his delight at rejoining the North London giants with a pic inside the stadium that was liked 2.1million times.

Otherwise, he loves sharing snaps of his other favourite passion – playing golf. 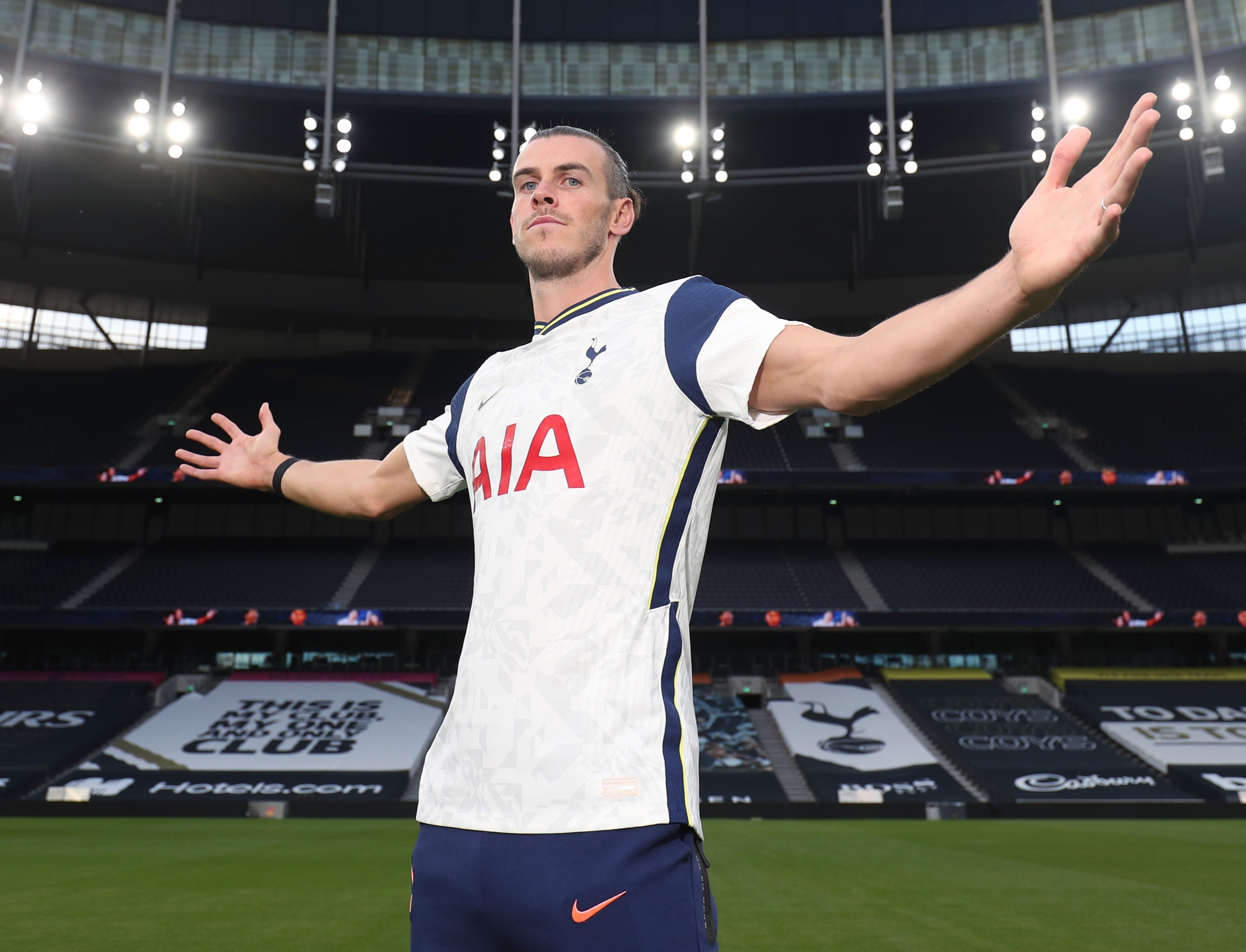 The Spurs and England hotshot has been knocked down to second place with Bale's arrival.

With 9.8m followers, Kane is one of England's most popular names on Instagram.

Often, he keeps it very professional – adding images from training or behind-the-scenes in the weights room. 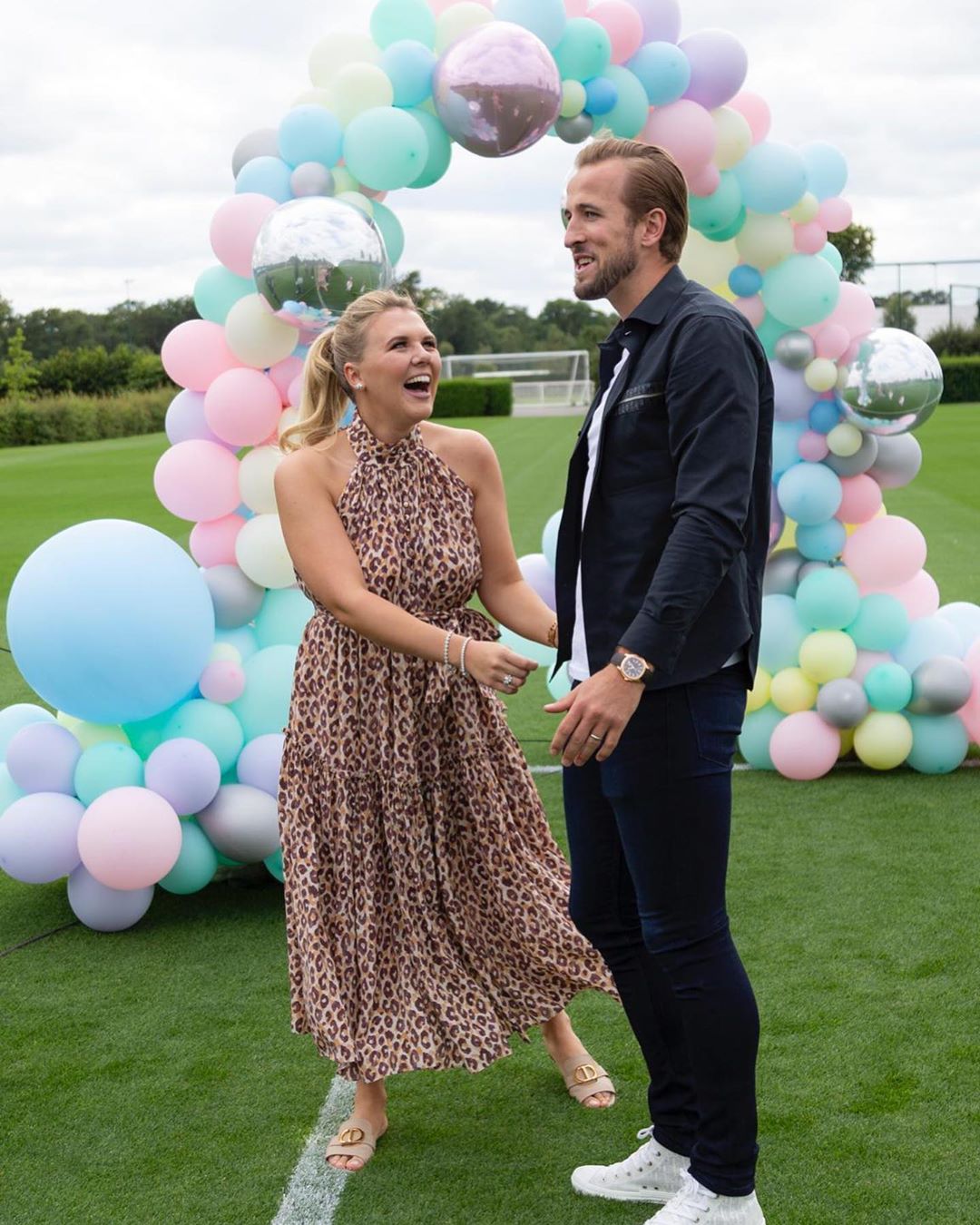 Morgan is the most followed footballer in the women's game on Instagram.

Glam photoshoots teased on her Instagram, along with family snaps and her dedication to training have drawn in the fans.

Expect her to garner a few more playing on our shores. 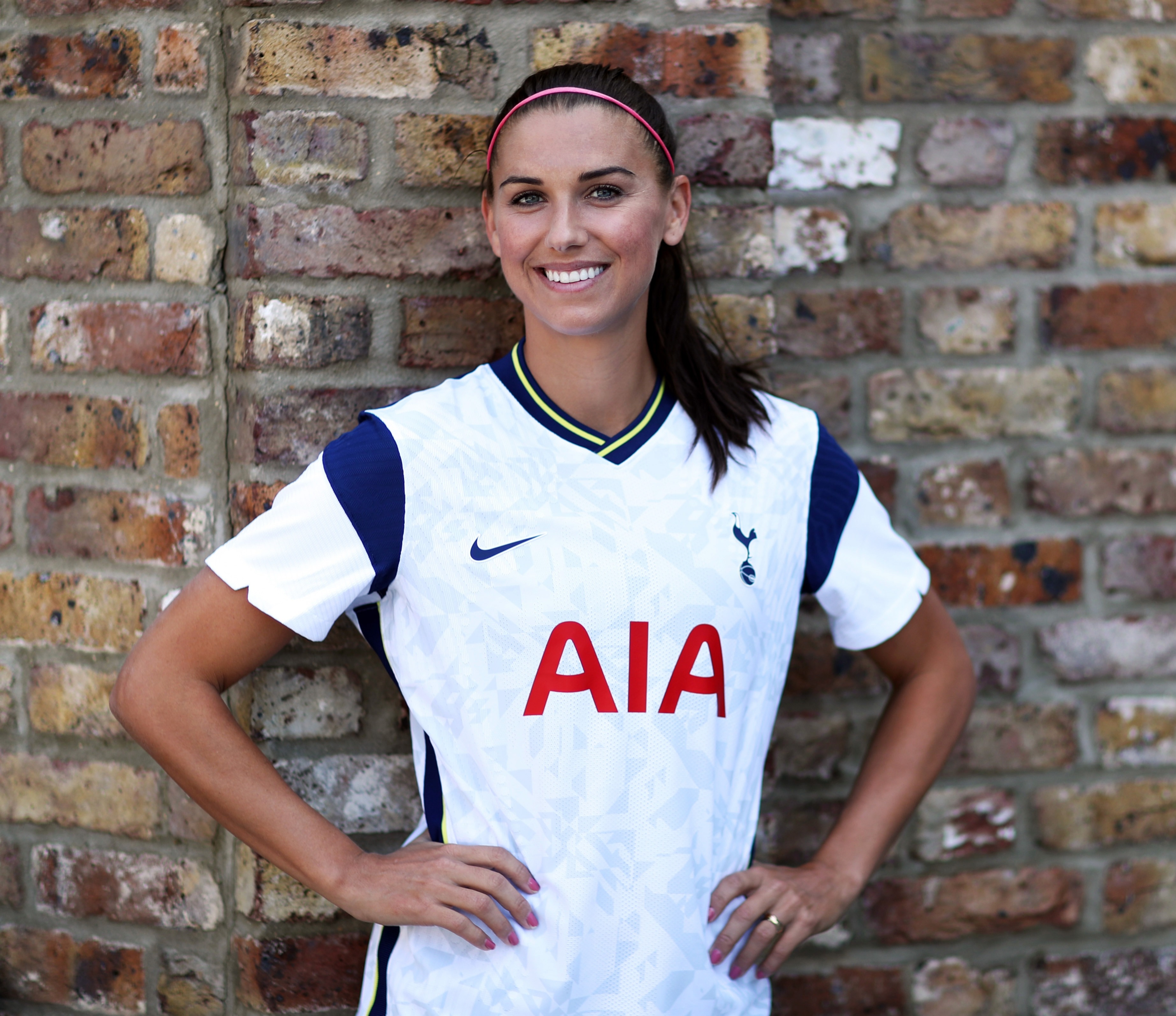 Will he or won't he stay?

Should he go, he might lose some followers – but then he could gain more at another club.

Either way, Alli is almost two million down on Morgan's Instagram follower number.

On his social you will find photos on holiday, more training shots and the odd snippet of his gorgeous missus Ruby Mae. 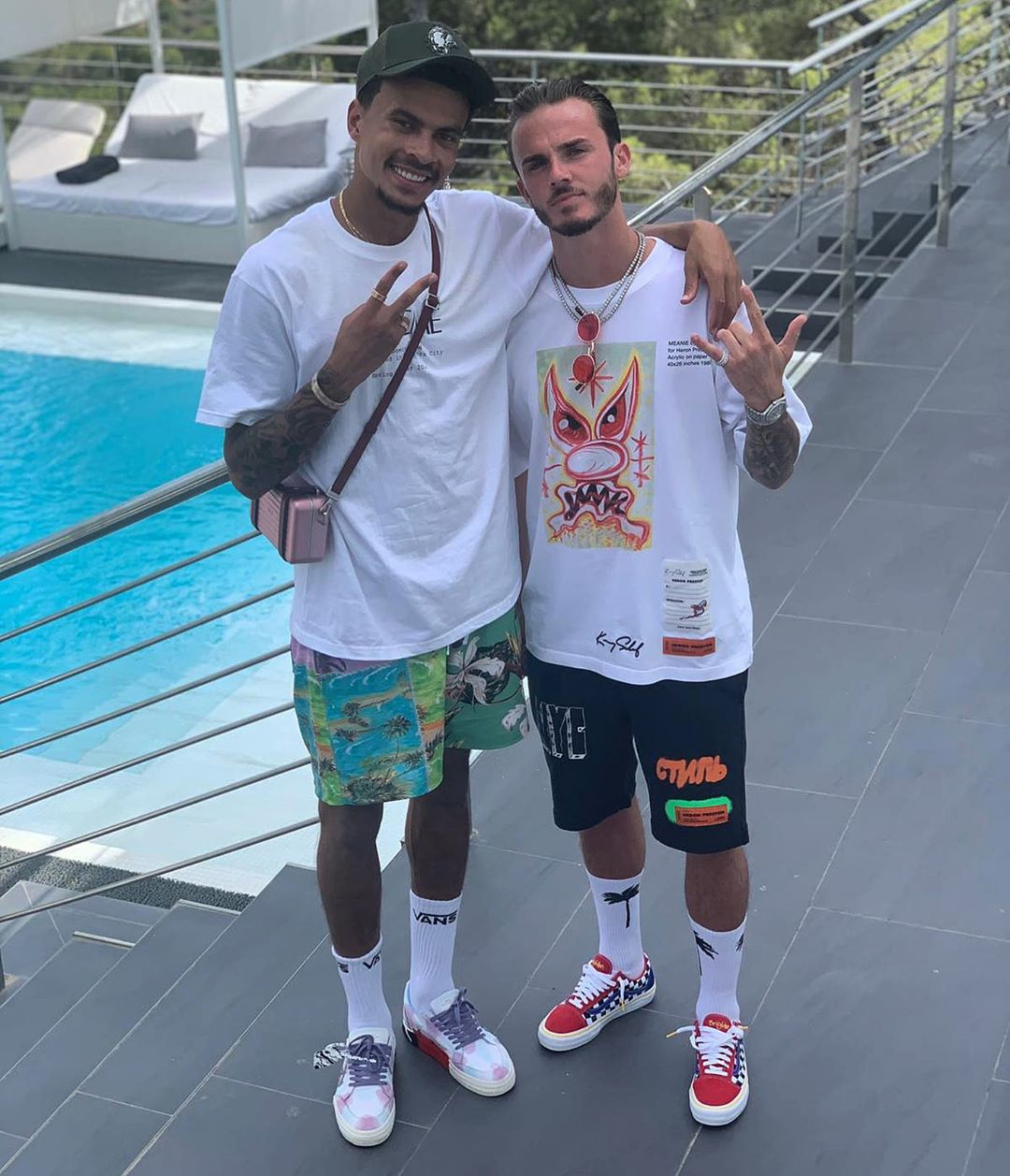 And Moura, who played at high-profile PSG before moving to Spurs, has an impressive 4.3million followers.

For the attacking midfielder his social media account is a family affair.

Wag Larissa Saad regularly features, as does his mum. 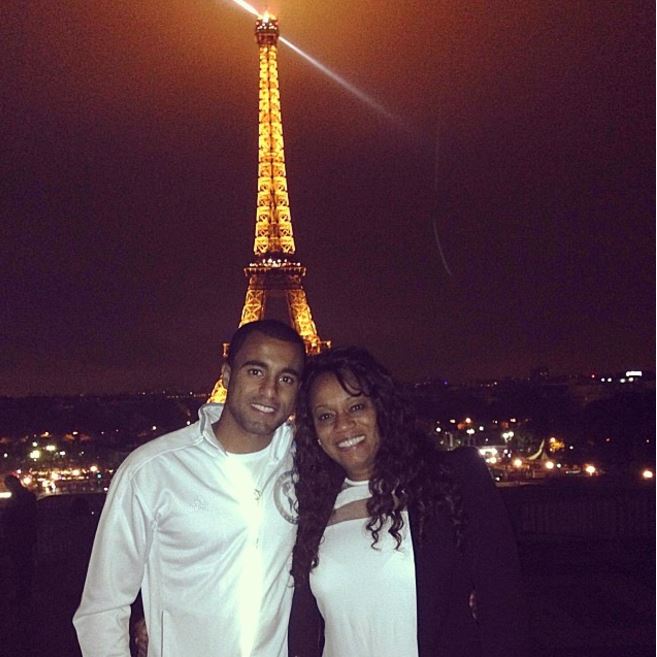 Given South Korea's population of around 52million people, and that Son is SUCH a hero in his homeland, his Instagram number is surprisingly low.

The forward is followed by 4.2m people, with the majority of those being Spurs fans.

He keeps his personal life private, using Instagram as a platform to show his professionalism and dedication to football.

Occasionally, there's the odd sponsorship thrown in to advertise a South Korean product. 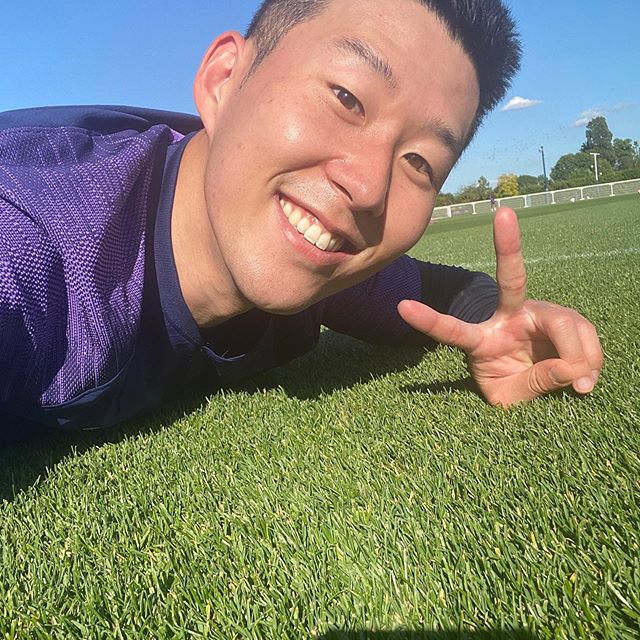 Another Spurs new boy, Reguilon has picked up quite the following for a 23-year-old.

Sure he has played for big clubs like Real Madrid and Sevilla, but 1.5million is still a shock.

However, there could be another reason for his success on social media – and he might just be getting tips from a certain someone.

His Wag Marta Diaz is a social media influencer, who has 2.4million followers. 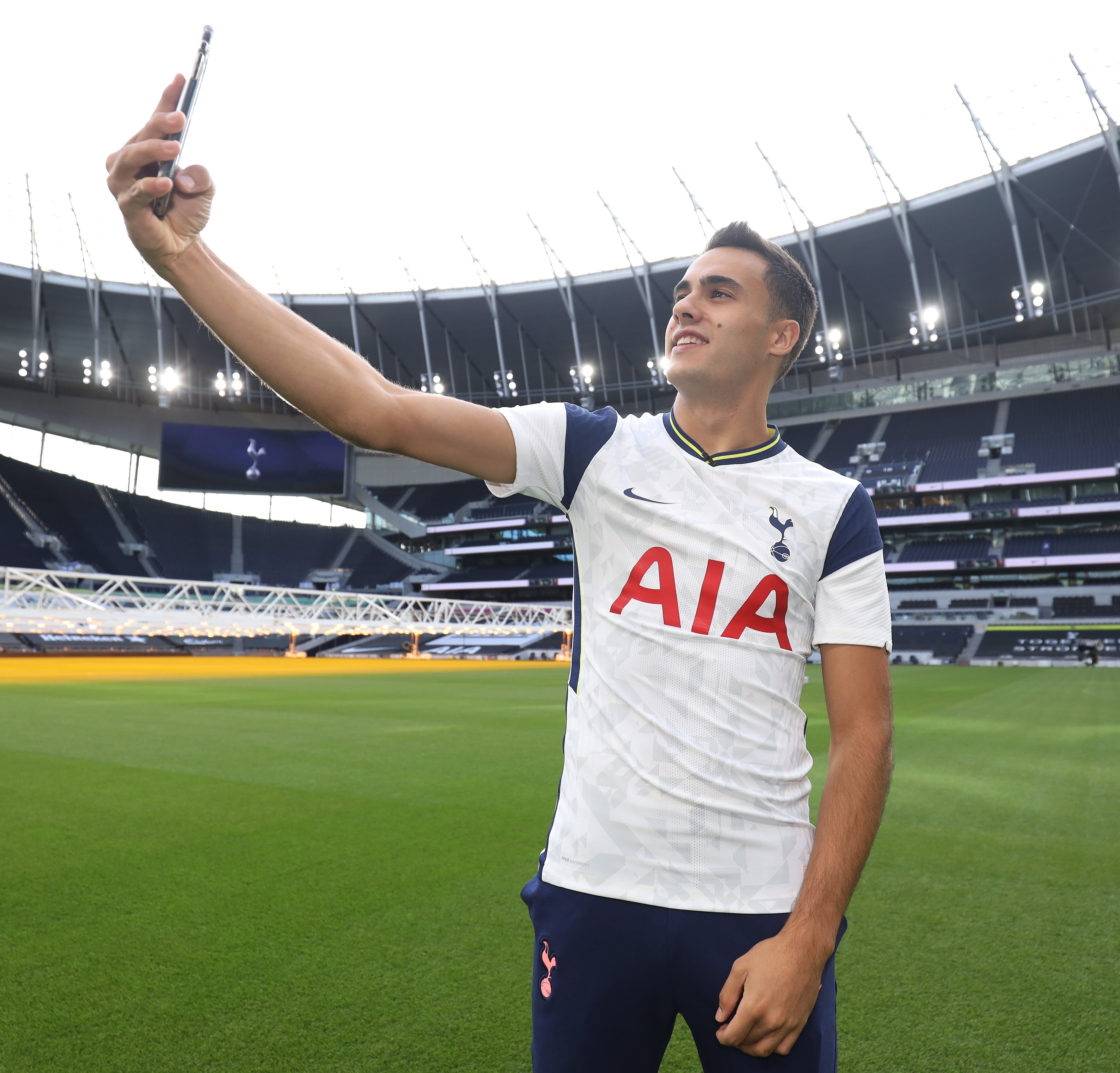 Although he's not always a starter, Lamela has a decent following on Instagram.

The Argentinian midfielder has 1.4million followers tuning into his every move.

From holidaying in Ibiza to being at the birth of his son back in August, Lamela happily chronicles the lot.

He's also a fan of the NFL series Madden 21, according to his posts. 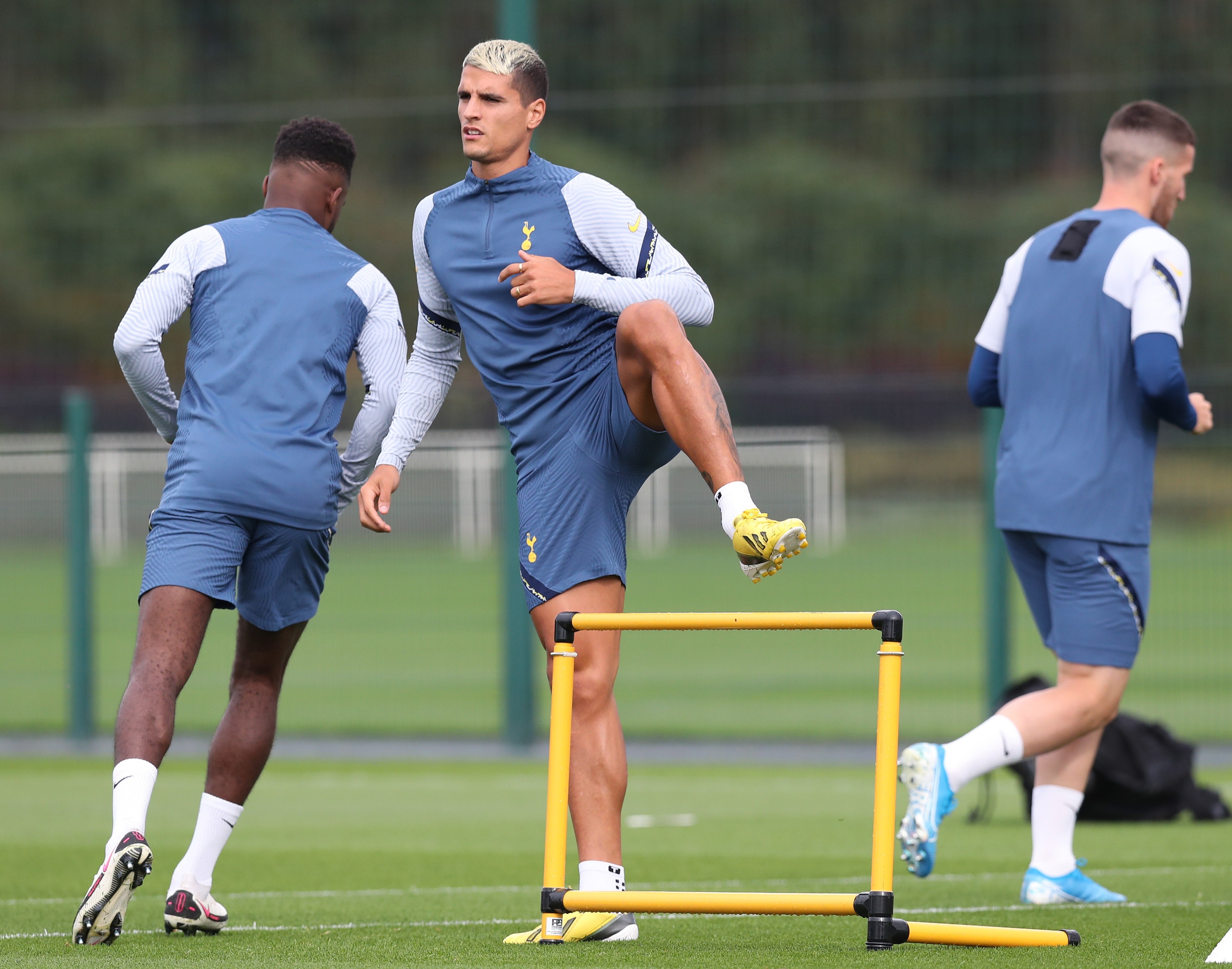 For a man who played for the Three Lions 75 times, 1.3million seems on the low side.

A quick glance on his Instagram page reveals flashbacks to his City days, training montages Rocky Balboa would be proud of – with the odd bit of sponsored work on there.

At 33, it's probably not going to rise much further. 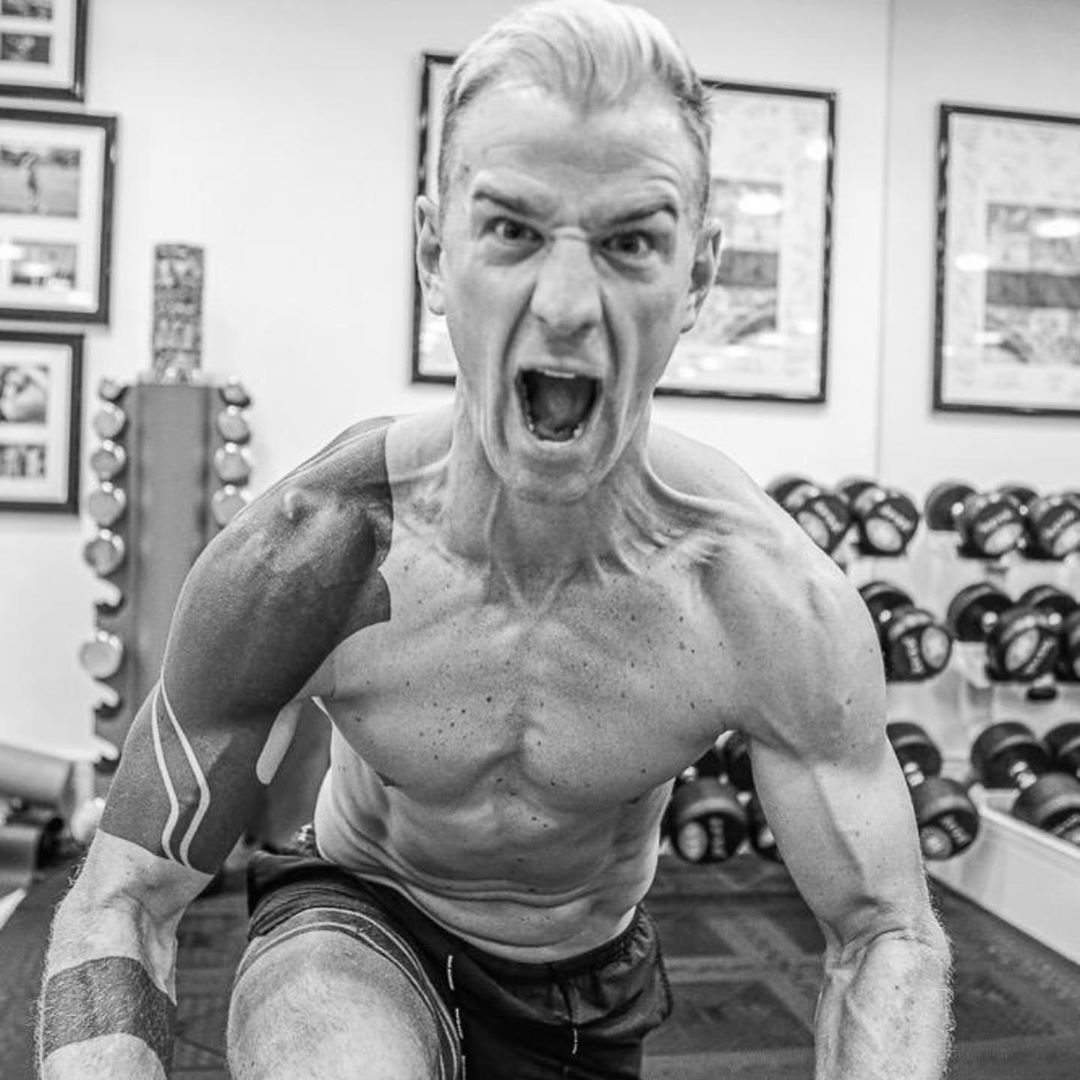 The Argentinian playmaker has found himself benched in recent games.

So it's given him plenty to ponder about, including (probably) upping his social media game.

The 24-year-old's Instagram page is completely in French, which dates back to his days at PSG from 2016-19.

On there you will find plenty of training pics, the odd matchday snap, but nothing personal.

Maybe it's time to reveal some more, Gio? 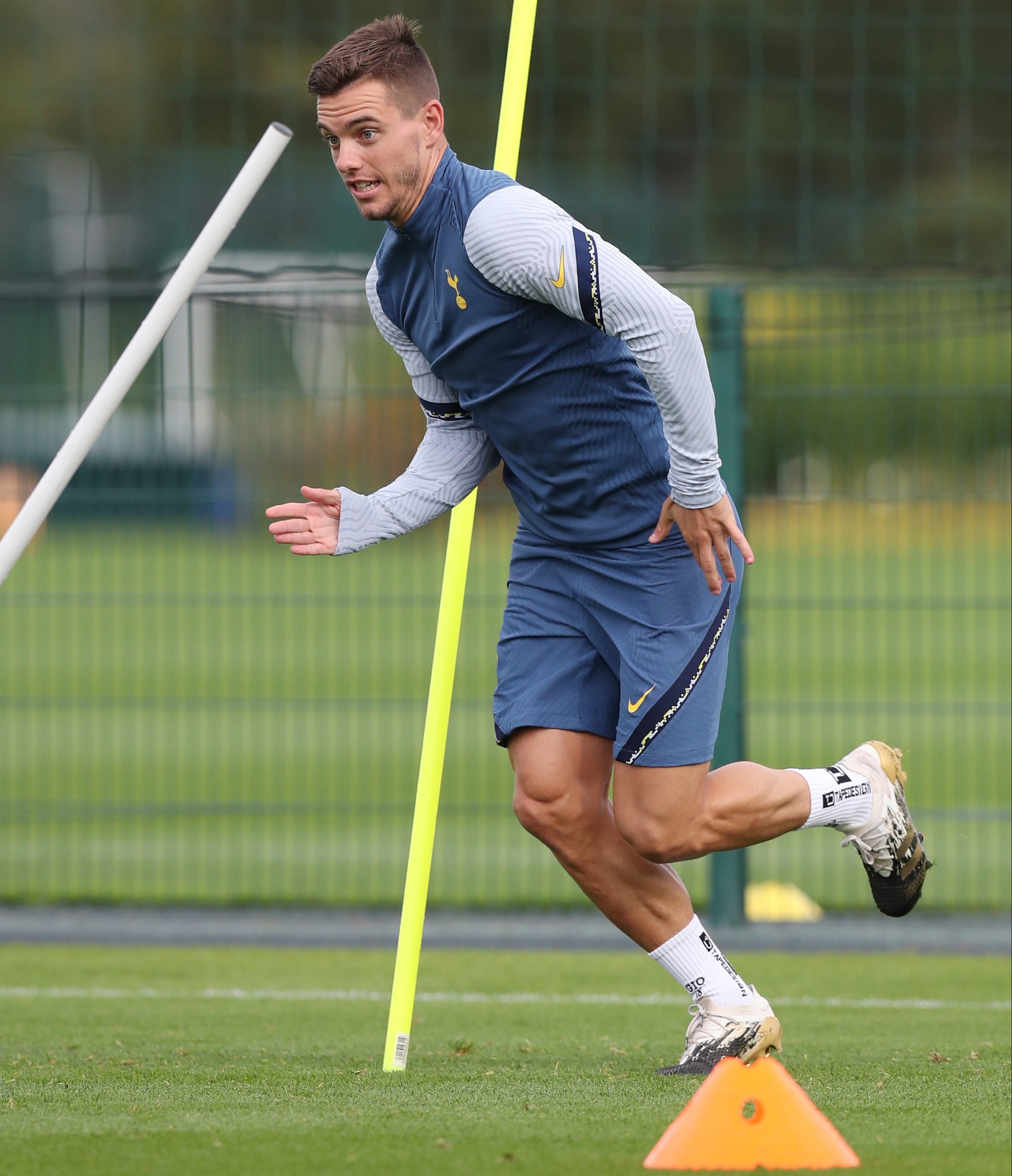 24/09/2020 Sport Comments Off on Tottenham signing Alex Morgan has more Instagram followers than Dele Alli and Son Heung-Min, but Gareth Bale has most
Lifestyle